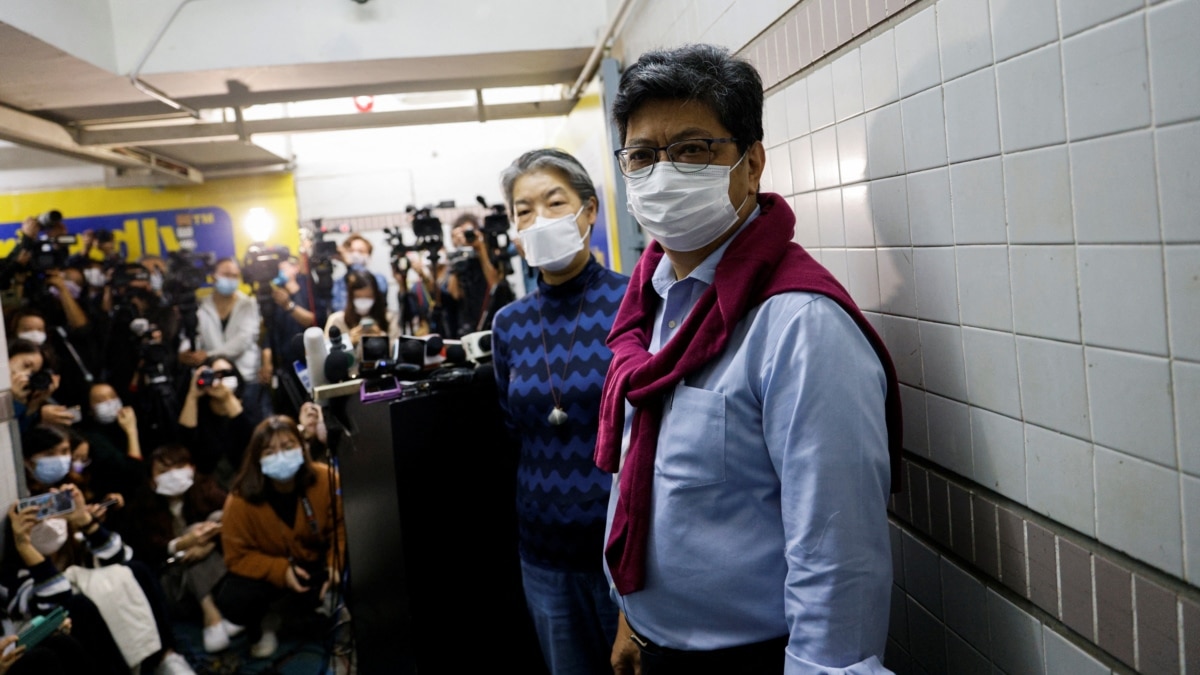 The closure of three media outlets within days of each other highlights the rapid decline of Hong Kong’s independent media, analysts said.

Announcing their closures on Tuesday, news sites New citizens and Mad Dog Daily both raised concerns about the safety of staff after raids and arrests at other outlets.

The pro-democracy news site Stand news ceased publishing after more than 200 police raided its newsroom on December 29. The search was part of a sedition investigation, police said last week.

Hong Kong’s use of sedition and national security laws has been condemned by international bodies, including the United Nations, which said last week it was alarmed by the “repression of civic space”.

At least 100 people, including protesters and dissidents, have been arrested under cover of the security law and at least 50 civil society groups have disbanded in the past 18 months.

“We have the initiative to completely dismantle the government. Not just from the free press, from the independent press, but from all of civil society,” digital rights researcher and former assistant professor Lokman Tsui told VOA. School of Journalism at the Chinese University of Hong Kong.

Hong Kong chief executive Carrie Law, however, dismissed criticism that the national security law and the sedition investigation at Stand news are a sign that the freedom of the press is threatened with “extinction”.

At a weekly press conference on Tuesday, Lam said those arrested were breaking laws and endangering national security.

But media critics who spoke to VOA say the climate for journalism is changing.

Hong Kong media are confused about what is allowed to be published, said Michael Mo, a former Hong Kong district councilor and columnist for New citizens.

“No one knows what story will make someone in power unhappy and… will plague journalists with further accusations or crush the entire media.”

Mo moved to Britain in July, where he applied for political asylum, fearing that his political beliefs and participation in protests could lead to arrest.

He told VOA he was not surprised that New citizens followed in the footsteps of Stand news.

“There may be more independent or smaller online news channels or freelance journalists [that decide] do not post,” he said.

Beware of critics and troublemakers

For the independents New citizenswhich was founded in 2017, “the trigger point was the fate of Stand news“, the outlet’s editor, Chris Yeung, told reporters on Monday.

“The implications are clear that the media as a whole faces an increasingly difficult environment, and for those who are seen as critical or troublemakers – they are more vulnerable,” Yeung said. “We couldn’t rule out that we might be exposed to some of the risks.”

Editor Daisy Li added: “We haven’t changed, the climate in Hong Kong has changed. We can’t be sure our words will break the law – and we have to be accountable to our journalists.

Wong, who is in Taiwan, spoke about the staff’s concerns, saying on YouTube: “I’m in a safer place and I criticize [the Hong Kong government] on a daily basis, but they have to worry about their lives every day.

Sedition is not among the offenses listed in the Security Act, but authorities have turned to colonial-era ordinances to target those found guilty of seditious acts.

The first to shut down was a pro-democracy news site Apple Dailywhich closed after several executives were charged under national security law and authorities froze the company’s assets.

Apple Daily Founder Jimmy Lai, who has been in jail on a series of charges since December 2020, now faces three outstanding charges under the Security Act and could face a life sentence.

Authorities filed an additional sedition charge against Lai and his staff the same week as the dawn raids on Stand news.

The wide application of the laws added to the sense of caution.

“These little things can trigger the government already, and they have powerful tools at their disposal to go after it, including freezing media outlets‘ assets, arresting editors, journalists and owners.” , said researcher Tsui.

Tsui, who is now based in the Netherlands, said the press is meant to be a “watchdog” but the government is trying to create its own narrative.

Along with the closures, groups of journalists have criticized changes to the city’s only public broadcaster, Radio Television Hong Kong (RTHK), which they say undermines its editorial independence.

Tsui thinks Hong Kong’s media environment is similar to that of China, where the media is tightly controlled by the state.

It’s a move that “frightens not just Hong Kong but the whole world,” Tsui said. “China has been a black box… Now this little glimpse, this peek in the window, is closing now. Hong Kong is slowly turning into a black box.

Trust in the media is low around the world. Is the media targeting the wrong people?