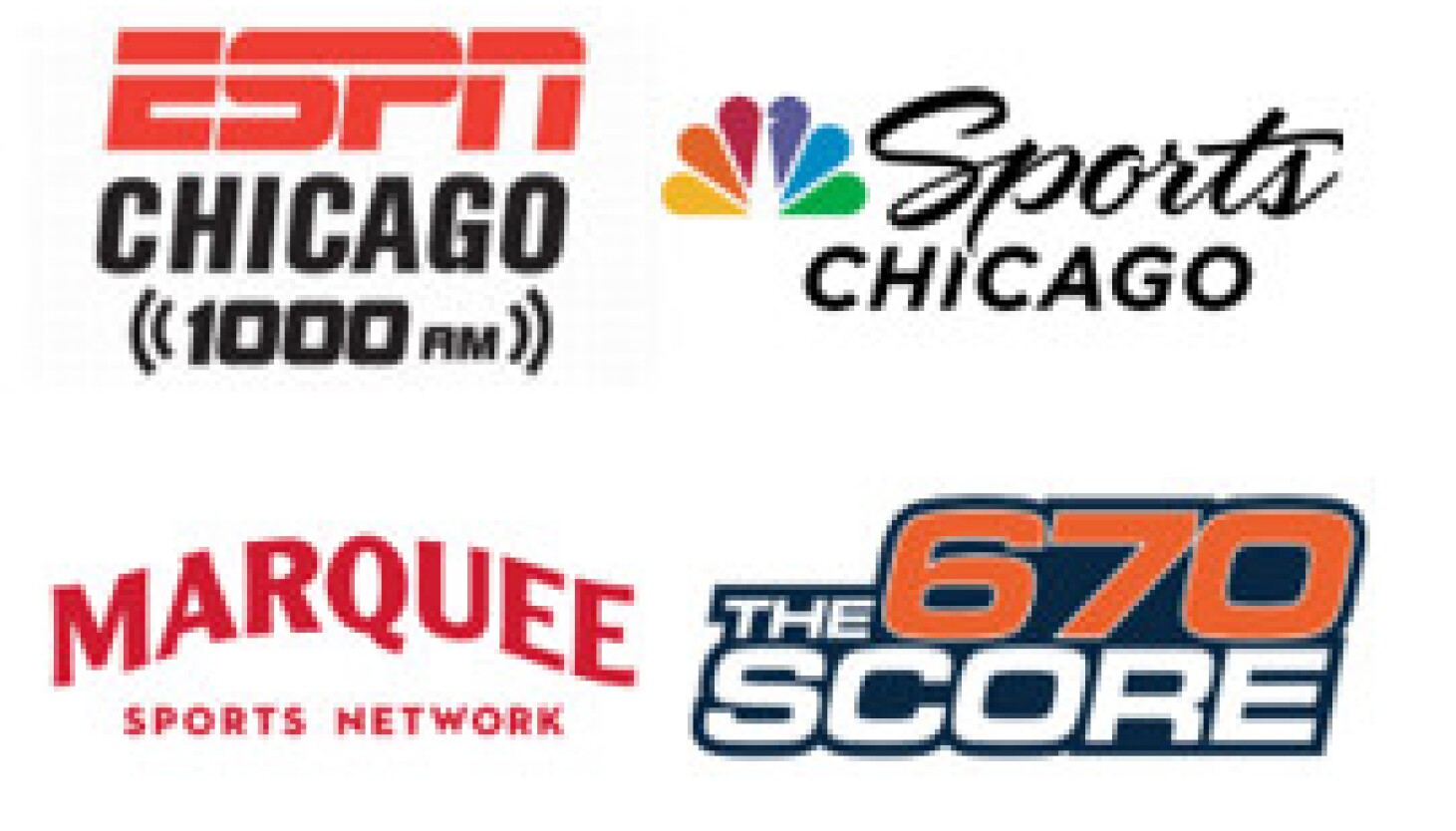 I’ve heard colleagues refer to the sports department as the toy department. Anyone taking offense at that would be taking themselves too seriously. Sport is fun and a game. It provides an escape from real-world problems and heartbreaking stories produced by other departments.

But sometimes those stories intersect in sports. Chicago sports media were reeling after the deaths of ESPN 1000’s Jeff Dickerson on Dec. 28 and 670’s The Score’s Les Grobstein on Sunday. The two surely would have had a lot to say and express during the Bears’ search for a new general manager and coach. But we miss them for more than anything they would say on the radio.

While mourning their loss, we turned to their colleagues for consolation and praise. Both of their stations devoted more than a full day of programming to them, and listeners occupied the phone lines, wanting – and perhaps needing – to join the conversation.

It wasn’t about sports, but it was the essence of sports radio and sports media.

With that in mind, I present the second annual Sun-Times Chicago Sports Broadcast Media Power Rankings. With the help of elite support staff – ‘The Simpsons’ scene with the monkey tapping, ‘It was the fuzziest of times’ – these rankings are even more accurate than those from last year.

The criteria for consideration are the same: attractiveness, quality, longevity and personal preference, although some weigh more heavily depending on the individual. For example, Jon ”Boog” Sciambi has only been called up to the Cubs for a year, but he’s been in the business so long he’s been granted longevity.

About 100 names were taken into account. The top 20 are below, with last year’s rankings in parentheses.

1. Jason Benetti (5): Listen to Benetti call any game, whether it’s his regular White Sox TV gig or a Mid-American Conference football game on ESPNU, and you’d think he called those teams forever. He gained national appeal with ESPN for his work on college football and basketball and MLB statcasts. He added the Olympics to his resume when he called baseball the Tokyo Games. And NBC Sports Chicago can’t do better than him as a backup in Bulls games.

2. Adam Amin (NR): Amin was unranked last year as he had just started calling games for the Bulls. But he soared through his work for NBCSCH and Fox, for whom he calls the NFL and MLB. The Bears’ pre-season televised voice finally called a regular season game, earning him metaphorically ‘The Brick’ (in honor of Jack Brickhouse) for calling the Bears, Bulls, Cubs and Sox the same year. Kevin Burkhardt might be in line for Joe Buck’s seat as the voice of Fox, but Amin isn’t far behind.

3. Pat Hughes (3): The Cubs’ radio voice will be in the Hall of Fame; it’s only a matter of when. One of the best days of the year is when he makes his spring training debut on The Score. Her voice is a summer sound, and it makes this March day warmer.

4. Jon Sciambi (NR): ”Boog” had the misfortune of arriving at the Marquee Sports Network from the Cubs during a pandemic. But he and analyst Jim Deshaies hit it off right from the start and made a wonderful show. Sciambi maintains a national profile with ESPN, calling MLB on radio and college hoops on TV.

5. Jason Goff (12): Don’t call it a comeback because Goff has been here for years. He just became the host of the Bulls’ pre-game and post-game shows and ‘The Full Go with Jason Goff’ podcast on Bill Simmons’ platform, The Ringer. Not a villain to have in your corner.

6. Danny Parkins (18): It’s no coincidence that Hub Arkush’s comments about Aaron Rodgers and Olin Kreutz’s blasting of George McCaskey happened on Parkins’ show on The Score, which he co-hosts with Matt Spiegel. There’s stuff going on on this show, and that’s what the programmers want in the car in the afternoon.

7. Laurence Holmes (8): If you’re looking for someone to break down a news event and give it depth and context, Holmes is your man. Fortunately, his thoughts are available beyond his two-hour show on The Score, on his network of podcasts and social media platforms.

8.Marc Silverman (10): No one is more real than Silvy, whose emotions come through the microphone as clearly as her voice. He and ESPN 1000 co-host Tom Waddle are the longest-serving radio duo in town, and their banter hasn’t aged one bit.

9. David Kaplan (1): Losing eight places doesn’t look good, but when people go up, others have to go down. Kap is still one of the few in town on radio (ESPN 1000 morning show) and television (NBCSCH). He also serves as an analyst on college basketball broadcasts.

10. Leila Rahimi (15): It’s been quite a year for Rahimi, who became the first woman to co-host a regular weekday show on The Score and returned to television as a sports anchor on NBC 5.

11. Dan Bernstein (11): He’s different in so many ways from his time with Terry Boers – and they’re all for the better.

13. Tom Waddle (NR): It’s nice to listen to him talk about football and share stories from his personal life.

14. Pat Foley (7): Foley’s visibility was significantly limited in his final season behind the mic. That’s not how I thought it would turn out.

15. Eddie Olczyk (4): Edzo is still the best hockey analyst on TV. I just want to know more about him.

16. Steve Stone (6): Stoney is still one of baseball’s top analysts. I can’t imagine Chicago baseball without him.

17. Len Kasper (2): He’s a great broadcaster, but it’s hard to keep up when leaving Cubs TV for Sox radio.

18. Ozzie Guillen (13): The Sox pregame and postgame analyst also has a show with his sons, “Being Guillen.”

19. Olin Kreutz (19): He talks about the Bears with such authority and passion that it’s a wonder they don’t use him. Oh wait, George doesn’t like it.