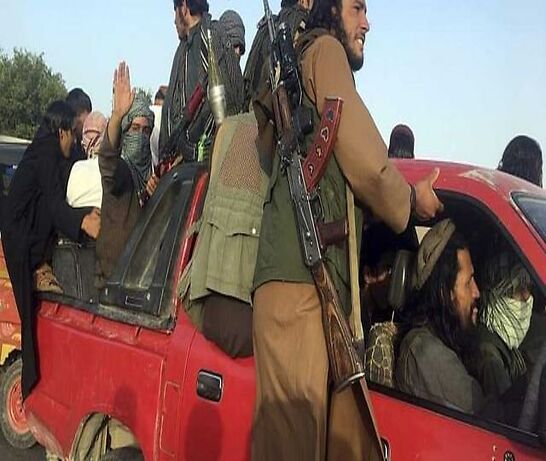 The outlet which has been on hiatus since April includes five television networks and 44 radio stations, a media center and a news agency.

Kabul / New Delhi | Jagran World Office: The media in Afghanistan, like most aspects of Afghan life under the growing Taliban footprint, remain existentially contested. According to a figure reported by Kabul-based TOLO News, a total of 51 media outlets have shut down in Afghanistan in the past three months, precisely as US troops have started to leave the country in significant numbers. The US retreat from Afghanistan has been reported as “complete” by the Afghan media, with the August 31 deadline still in a few weeks.

35 media stopped their operations, six fell into the hands of the Taliban (Afghan minister)

Afghanistan’s Information Ministry said Tuesday that 16 of the media, including four TV stations, were in Helmand and had ceased operations in recent weeks.

“So far, 35 media have gone out of business, more than 6 media have fallen into the hands of the Taliban and are used as spokespersons for their activities,” Acting Information and Culture Minister Qasim said. Wafaeezada.

Amid the ongoing clashes, media support groups have expressed concern over the media’s downfall to the Taliban. Local media suggest that five radio stations have started pro-Taliban broadcasts in areas under their influence in Badakhshan, Baghlan, Samangan and Faryab provinces.

“Access to information, which is a people’s right, is taken away from them and their freedom of expression is taken away,” said Mujib Khalwatgar, head of Nai, an organization supporting open media in the torn country. the war.

(With contributions from agencies)