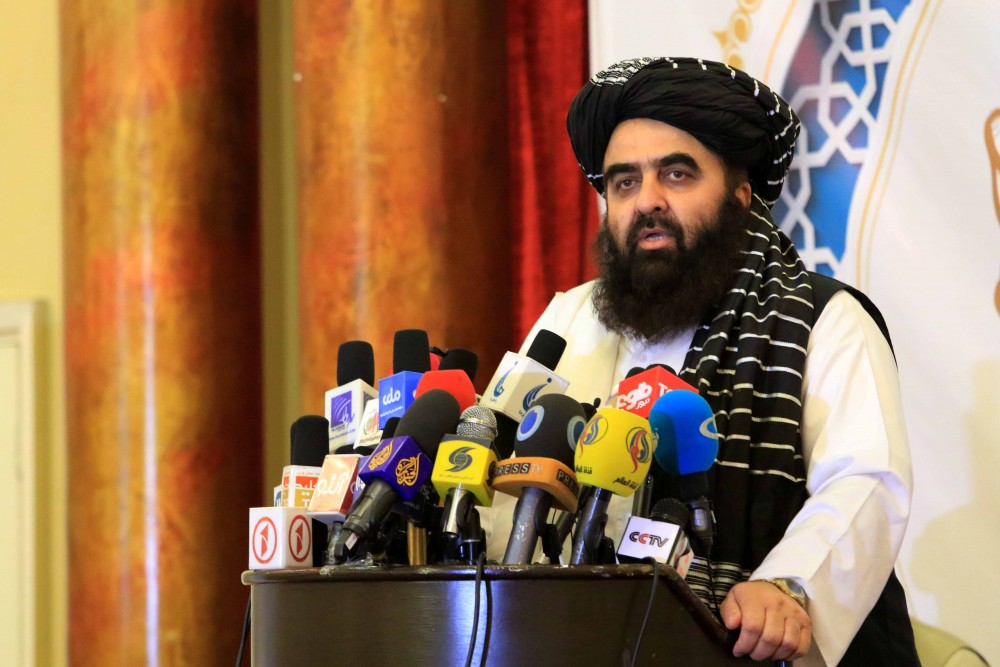 IPI calls on the Taliban to stop censorship

On Monday, October 3, the Taliban’s Ministry of Telecommunications and Information Technology announced that it had suspended the domains of Hasht-e Subh Daily and Zawia News. Anayatullah Alokozay, spokesperson for the ministry, claims than suspension for “disseminating false propaganda”. Both sites had largely operated from outside Afghanistan since the Taliban takeover in August 2021. The Afghan Journalists Center condemned the regime’s act, calling it “a further sign of the tightening of restrictions against free media in Afghanistan”.

Hasht-e Subh Daily is an independent, non-profit media outlet that began operations in 2007. Founded by a group of journalists and human rights activists, Hasht-e Subh describes itself as a defender of democratic values and Human Rights which strives to “become the voice of victims in the area of ​​transitional justice.” In a statement given to IPI, the outlet confirmed that the Taliban had suspended its domain (www. 8am.af), which he had legally purchased and used since the start of his operations. Hasht-e Subh also told IPI that despite the suspension, they managed to save their website content, by storing their archives on an external server. They denounced the action of the Taliban and vowed to “remain committed to professional, independent and fair journalism”, and “to reflect the truth and be the voice of the people”. -e Subh is now reachable on a new domain, w www.8am.media.

Zawia News was founded in 2019 and describes itself as a “digital media pioneer” that aims to “reflect the diverse realities of Afghanistan”. In a statement given to IPI, Founder and CEO Esmatullah Mohib said Taliban authorities had previously attempted to shut down Zawia News’ Facebook page (through which they reach a significant portion of their audience), but failed. He said the regime views Zawia as anti-Taliban for trying to cover up the realities of what is happening in Afghanistan right now. Following the suspension of their original domain (www.zawia.af), Zawia News moved its operations to the website of its parent company, Zawia Media. Mohib told IPI he considers Zahia News “the voice of the people” and “and reaffirmed that they remain committed to covering the repressive Taliban regime.”

According to a report by the Afghan Journalists Center, the media environment in Afghanistan has deteriorated significantly since the Taliban came to power in the summer of 2021. The report cites a total of 245 freedom violations media over the past year, including censorship, detentions, physical assault and verbal harassment. He notes that more than 50% of the media have been closed, while a large majority of journalists have been unable to find work.

Hasht-e Subh told IPI that many journalists have left the country because “working under the Taliban regime is not only impossible but also puts journalists at serious risk.” Agreeing with this assessment, Esmatullah Mohib added that the risk for female journalists is particularly great, as many of them have been prevented from working. Mohib describes the overall situation as “devastating”, stressing that “the situation on the ground is much worse than people think”.

“The Taliban’s suspension of Hasht-e Subh Daily and Zawia News is a clear act of censorship intended to further suppress independent news sources in Afghanistan, including any content critical of the repressive Taliban regime,” Amy said. Brouillette, Advocacy Director of the IPI. “We call on the Taliban authorities to immediately rescind these unjust suspensions and allow journalists to do their work freely and without fear of reprisal.”

She added, “Members of the IPI global network continue to stand in solidarity with our Afghan colleagues, and we call on the international community to effectively defend the rights of independent journalists in Afghanistan.