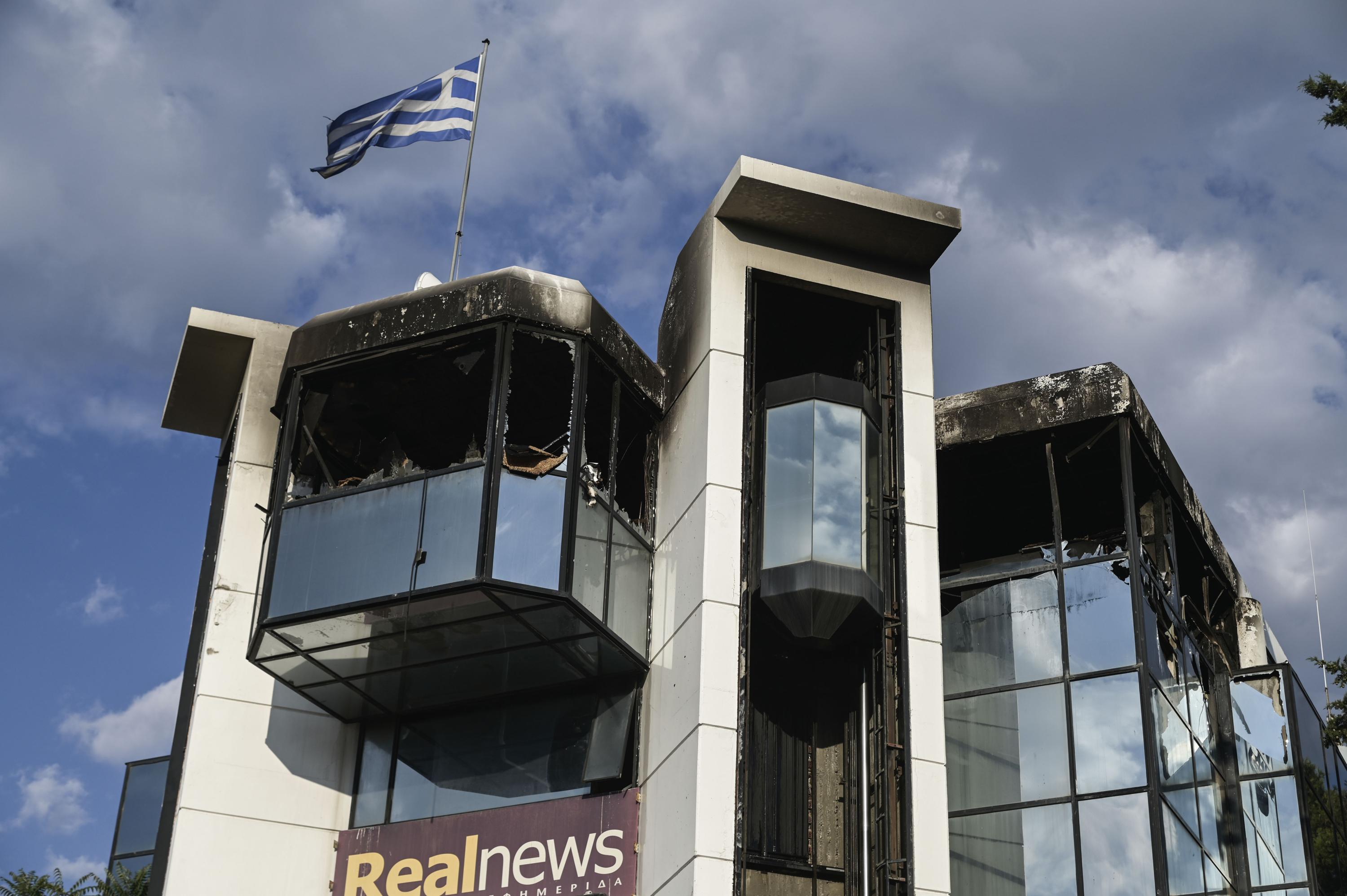 ATHENS, Greece (AP) — An arson attack on a building in the Athens suburbs that houses the offices of a Greek radio station and newspaper caused extensive damage Wednesday morning and drew condemnation from political leaders in Greece and elsewhere in the European Union.

Explosions were heard before a fire broke out shortly after 3 a.m. at the building that houses Real FM radio station and Real News newspaper in Maroussi, a northern suburb of Athens.

Firefighters extinguished the blaze. Fire investigators found the remains of three gas canisters tied together on an exterior stairwell between the ground floor and first floor, along with a canister containing flammable liquid.

No one was injured, although a radio station sound engineer was evacuated and treated for smoke inhalation. The offices of a shipping company on the top floor of the building were the most damaged. The newspaper is located on the first floor and the radio on the second.

Real Group owner Nikos Chatzinikolaou, a veteran journalist, posted a short clip from his car that showed the roof of the building on fire and tweeted: “Explosions and fires at Real FM and Realnews! They are burning us! They are trying to silence us!

Real Group reported on its website that security cameras showed two people with their heads covered placing the canisters and the can.

Police said they suspected other people may have helped the arsonists escape. , examine the security cameras of nearby buildings.

The group’s news site said a serious malfunction at the radio station’s broadcast tower on Tuesday could be linked to the fire.

No one had claimed responsibility Wednesday afternoon.

Greece has seen similar attacks on media and other targets that have most often turned out to be the work of far-left groups, but Tuesday’s blaze caused more serious damage.

“Freedom of the press is neither hampered nor muzzled by terrorist acts,” Greek Prime Minister Kyriakos Mitsotakis told a parliamentary session.

Opposition leader Alexis Tsipras, several government ministers and politicians from all political parties across the country have made live online statements strongly denouncing the attack.

European Commission Vice-President for Values ​​and Transparency Vera Jourov joined in the condemnation and said the Greek authorities needed to do “much more…to ensure the safety of journalists and the media, because this attack is really shocking”.

Raf Casert in Brussels contributed to this report.