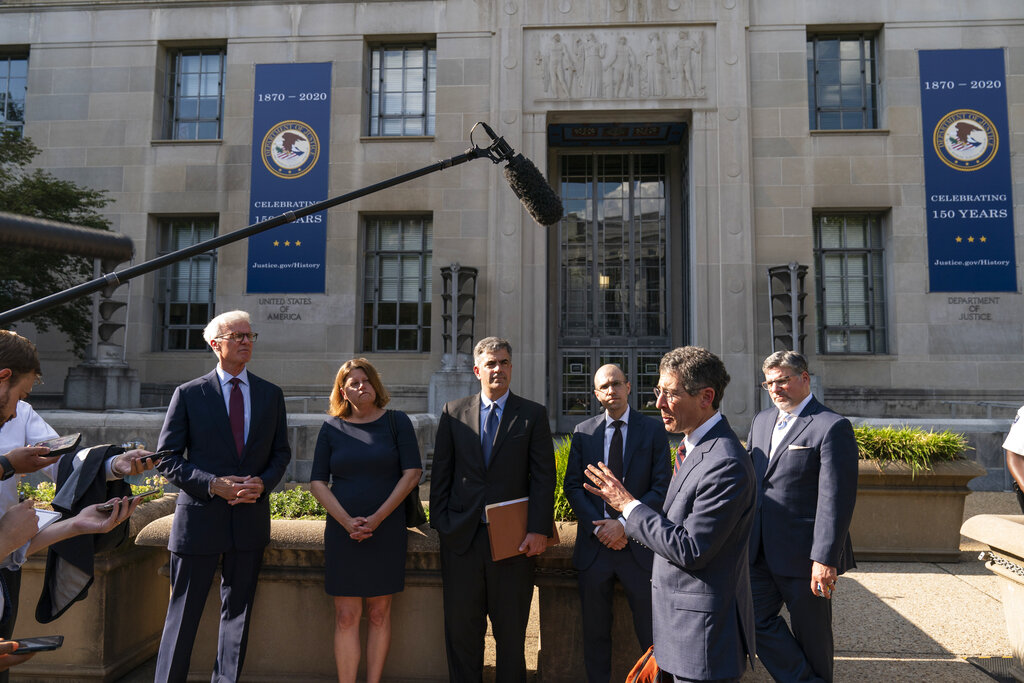 Attorney General meets with CNN and other media – Deadline

Updated, with the Post’s comment from Fred Ryan: Representatives from CNN, The New York Times and The Washington Post met with Attorney General Merrick Garland on Monday to discuss new rules designed to prevent prosecutors from subpoenaing reporters’ files in an attempt to find their sources.

The meeting came after the three media outlets reported that some of their reporters were told that federal prosecutors had secretly obtained phone and email data from the Trump administration. The disclosure was apparently linked to investigations into the leaks.

President Joe Biden called such a practice “just, just plain bad,” and the Department of Justice subsequently announced a policy change to no longer require a subpoena to obtain such records in court. ‘leak investigations. But news outlets and the Journalists’ Committee for Press Freedom said they had a series of unanswered questions about how the seizure of the documents took place and called for political reforms to ensure that this does not happen again.

In a statement, the justice ministry said “the attorney general and media representatives agreed on the need for strong and lasting rules.” The DOJ said Garland is committed to working with media organizations to develop the new rules as regulations.

Meeting attendees included Sam Feist and David Vigilante of CNN, Fred Ryan, Jay Kennedy and Sally Buzbee of the Washington Post, and AG Sulzberger and David McCraw of the New York Times, as well as Bruce Brown, executive director of the Committee on Journalists. Brown told reporters the meeting was informal.

In a statement, Ryan said, â€œIt was heartening to hear the Attorney General’s commitment to the First Amendment rights of all Americans. While we welcome the new policy of refraining from using mandatory legal procedures to seize reporters’ records in leakage investigations, we believe that steps should be taken to ensure that it does so. is durable and binding for future administrations. It is also essential that there is a full and complete public account of all actions taken against our news agencies, including the secret subpoenas and gag orders, and an explanation of what was done with it. the information that was entered.

Last week, Vigilante appeared on CNN to describe being subjected to a gag order for nearly a year to prevent her from disclosing the DOJ’s pursuit of journalist Barbara Starr’s files. He was unable to inform Starr that the DOJ had searched for his email and other documents.

On Monday, Starr wrote that she was “really horrified” by what had happened.

She wrote: â€œPresident Biden has said that the seizure of journalists’ files will be stopped under his administration. But with all due respect for him and his stated intentions, this is a promise of limited relevance. Unless new protections are codified, this could all happen again to any journalist. Secret proceedings, gag orders so CNN lawyers can’t speak to me, and eight journalists drawn into investigations without explanation – this is not part of a free press in the United States.

She added: â€œAll of the material eventually handed over to the Justice Department by order of a judge involved communications over a two-month period in 2017. But it was not until 2020 that the Justice Department did. argue that he needed to view my 2017 communications as what we believe was part of a national security leak investigation. We don’t know why it took years for this to happen. “