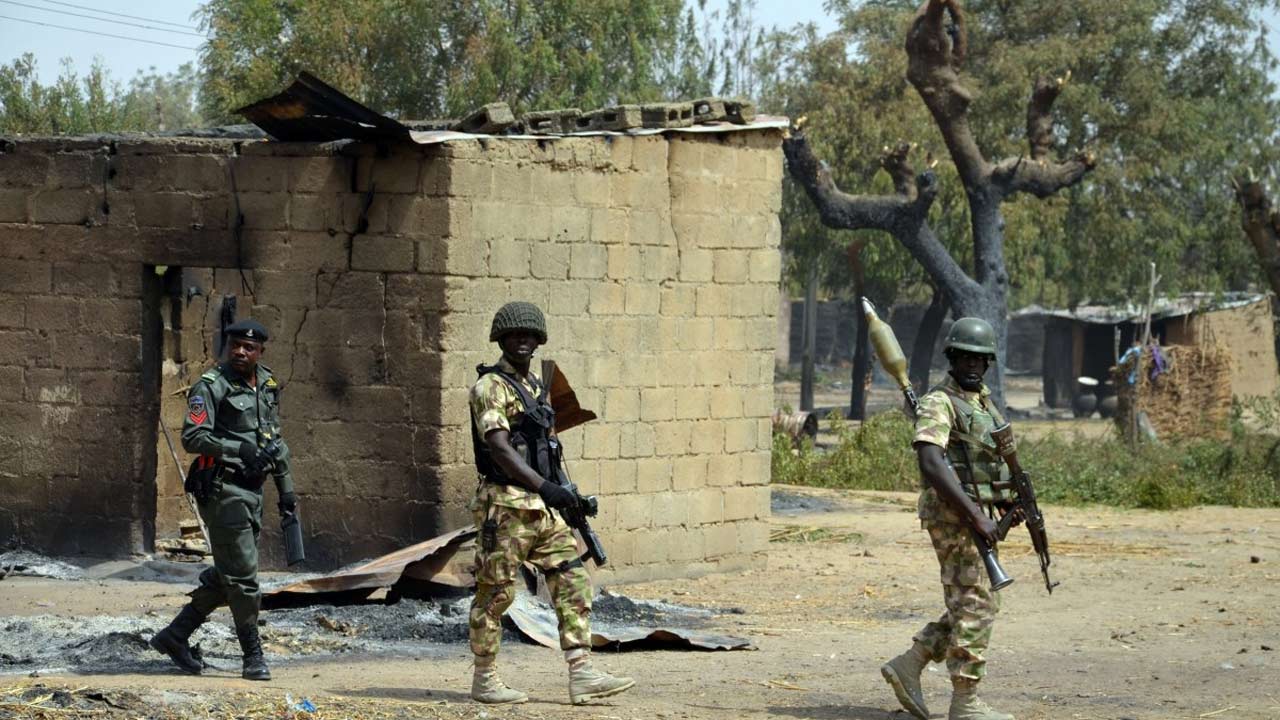 â€¦ Governments rely on a range of measures, including political, economic and military power, as well as diplomacy to safeguard the security of a nation – a state. They can also act to strengthen regional and international security conditions by reducing transnational causes of insecurity, such as climate change, economic inequalities, political exclusion and nuclear proliferation.

The concept of national security therefore remains ambiguous, having evolved from simpler definitions, which emphasized the absence of military threat and political coercion. Among the many definitions offered to date are the following, which show how the concept has evolved to encompass non-military concerns:

â€œA nation has security when it does not have to sacrifice its legitimate interests to avoid war, and is able, if challenged, to maintain them through war. “(Walter Lippmann, 1943)

â€œNational security is therefore the ability to preserve the physical integrity and territory of the nation; maintain its economic relations with the rest of the world on reasonable terms; preserve its nature, institution and governance from external disturbances; and control its borders. (Harold Brown, US Secretary of Defense, 1977-1981)

â€œNational securityâ€¦ is best described as the ability to control domestic and foreign conditions that public opinion in a given community deems necessary for the enjoyment of its own self-determination or self-reliance, prosperity and well-being. “(Charles Maier, 1990)

â€œNational security is an appropriate and aggressive blend of political resilience and maturity, human resources, economic structure and capacity, technological competence, industrial base and availability of natural resources and finally military might. â€(National Defense College of India, 1996)

â€œ(National security is the measurable state of a nation’s ability to overcome multidimensional threats to the apparent well-being of its people and to its survival as a nation-state at any given time, balancing all instruments of state policy through governanceâ€¦ and is extendable to global security through variables external to it. â€(Prabhakaran Paleri, 2008)

â€œ(National and international security) can be understood as the shared freedom from fear and want, and the freedom to live with dignity. This implies social and ecological health rather than the absence of riskâ€¦ (and is) a common right. (Ammerdown Group, 2016)

For example, since the attacks of September 11, 2001, the defense of the homeland against terrorist and other attacks, broadly defined as homeland security, has become a major national security concern in the United States.

Because national security involves both national defense and the protection of a range of geopolitical, economic, and other interests, it affects not only defense policy, but foreign and other policies as well. Foreign and defense policies should be seen as mutually reinforcing, not zero-sum compromises in budget struggles. While difficult choices will indeed have to be made in national security spending, they should be decided by realities, not by silly comparisons or inconsistent and biased concepts.

The next question to be answered is how to achieve national security. For decades, the United States, for example, has attempted to answer this question with the Official National Security Strategy (NSS). Unfortunately, these official documents have a bad reputation. They are often seen more as public relations exercises than as reliable guides for strategic planning.

Developing a comprehensive NSS is beyond the scope of this discussion, but by and large our country should have clear, achievable and mutually reinforcing goals. The following suggestions regarding the objectives of the national security strategy are listed in descending order of importance:

â€¢ Preserve the security of the Nigerian homeland and protect the integrity of national institutions and systems (such as schools) essential to this end. This goal requires strong active, guard and reserve forces, as well as effective intelligence, law enforcement, counterterrorism, cybersecurity and immigration policies to protect the homeland and secure the borders of the country. Nigeria.

â€¢ To exert as much as possible Nigeria’s influence abroad, especially on the West Coast through the full range of instruments of power, including diplomacy, foreign aid, selective intelligence sharing, diplomacy public, humanitarian and human rights programs. This requires closer integration of Nigeria’s diplomacy and foreign and humanitarian aid programs to achieve the goals of the national strategy.

The path to follow
Any discussion of audiovisual journalism in the context of national security must be grounded in a clear understanding of the concepts it involves. Here are the four most important lessons from this analysis of journalism and national security:

Takeaway # 1:
The Commander-in-Chief and the military authorities must understand the times as the old book of the Children of Issachar tells us, who understood the times and knew what Israel had to do. There is ample evidence of the above that the authorities here do not quite understand what journalism is. They view journalists as evil professionals who often seek to overthrow their government and most of the time they criminalize journalism as a profession that enemies of government equip to undermine their personal interests which they report to indiscriminately as a threat. for national security. They hardly recognize the role of journalists in the context of the constitution.

It is clear from this background that our leaders here do not even have a clearly defined National Security Strategy (NSS). Even the military strategy for dealing with terrorism which they call banditry, they do not share with media executives, let alone defense journalists. They are so secret. They do not train defense journalists with a view to recruiting them to report on military operations in theaters of war that they have effectively set up since 2009 in the North East. Ms. Christine Amanpour has become an important journalist from this pace of rooting in military operations in Europe. It is curious that in a democratic regime there are 34 military operations on our 36 states. How to report this without incurring the anger of the military authorities who raided an Abuja-based newspaper for reporting on a well-known operation a few years ago?

The authorities must make capacity and flexibility the watchwords of strategic and military planning in order to give the President as Commander-in-Chief and his military leaders as many options as possible to deal with any eventuality. that could arise and threaten the nation. They also need to understand that the more capacity and credibility the Nigerian forces have, the less likely they will be challenged and the more effectively they will be able to respond to surprises when they do occur, as they inevitably will.

Take away # 2
The regulator, NBC, must face and verify the reality that the 21st century that the big data folks, the giants have disrupted, is remarkably different from the days when a public official could simply issue directives on how journalists broadcasts could cover terrorism. If mainstream journalists don’t report terrorist murders, citizen journalists will. Who then loses in the market? Now is not the time in our world you can wake up to protect the sagging image of a ruling party and display the threat to national security as a weapon to suppress the flow of public interest information .

Note that any media outlet that continues to ignore the public interest risks sudden death. Reason: As Jill Abramson, former editor of the New York Times observes through a title of her book, journalists are “dealers of truth … inside the information revolution”. power truths through revelations of what they mostly try to hide. Disclosure of truths about bad government, lack of capacity to organize and enforce civil service rules and regulations to reduce corruption in the public sector cannot threaten national security. A recent civil service report on a private broadcaster revealed that the Minister of Police Affairs, the Inspector General of Police, the Chairman of the New Police Trust Fund and the Secretary of the Police Trust Fund police who paid 7 billion naira for police equipment that day, all from the north. If this news was contextually reported that the president who appointed all officers who control police operations and funds broke his word on May 29, 2015 that “I do not belong to anyone”, whose action be reported as threatening national security: that of the journalist or that of the president?

Takeaway # 3 / Conclusion:
THE strong grip of the ruling party on public broadcasters, namely the Federal Radio Corporation of Nigeria (FRCN), NTA and VON encourages authorities to flee under the mistaken belief that other news media that do not do no reports like them are a threat to national security. There should be an amending bill to make public broadcasters (FRCN, NTA, VON) run like public broadcasters like BBC, SABC, South Africa, VoA, etc. The situation in Nigeria has been so bad that the current Director General of VON is allowed to attend APC meetings and, oddly enough, he issues partisan statements against opposition elements in the country. It is indecent and unacceptable.

Essentially, while I would also like to urge broadcasters to understand the need for training, learning, unlearning and relearning of the discipline of broadcasting in the 21st century. The country’s military and security institutions must note that they must also realize that their failure to ensure the safety and well-being of the people also threatens national security, and truth-dealers will always point this out. When this is done, there should be no allegation that journalists are criminals who still threaten national security.

â€¢ Concluding some of the talking points from MARTINS OLOJA, Editor-in-Chief of The Guardian, at the 2021 National Security Seminar of the Ibadan Television Anniversary Celebration Foundation (FITAC) at the Press Center , Thursday September 2, 2021. Part I published here on Sunday September 19, 2021.

Yes, you can buy now and pay later, but should you?