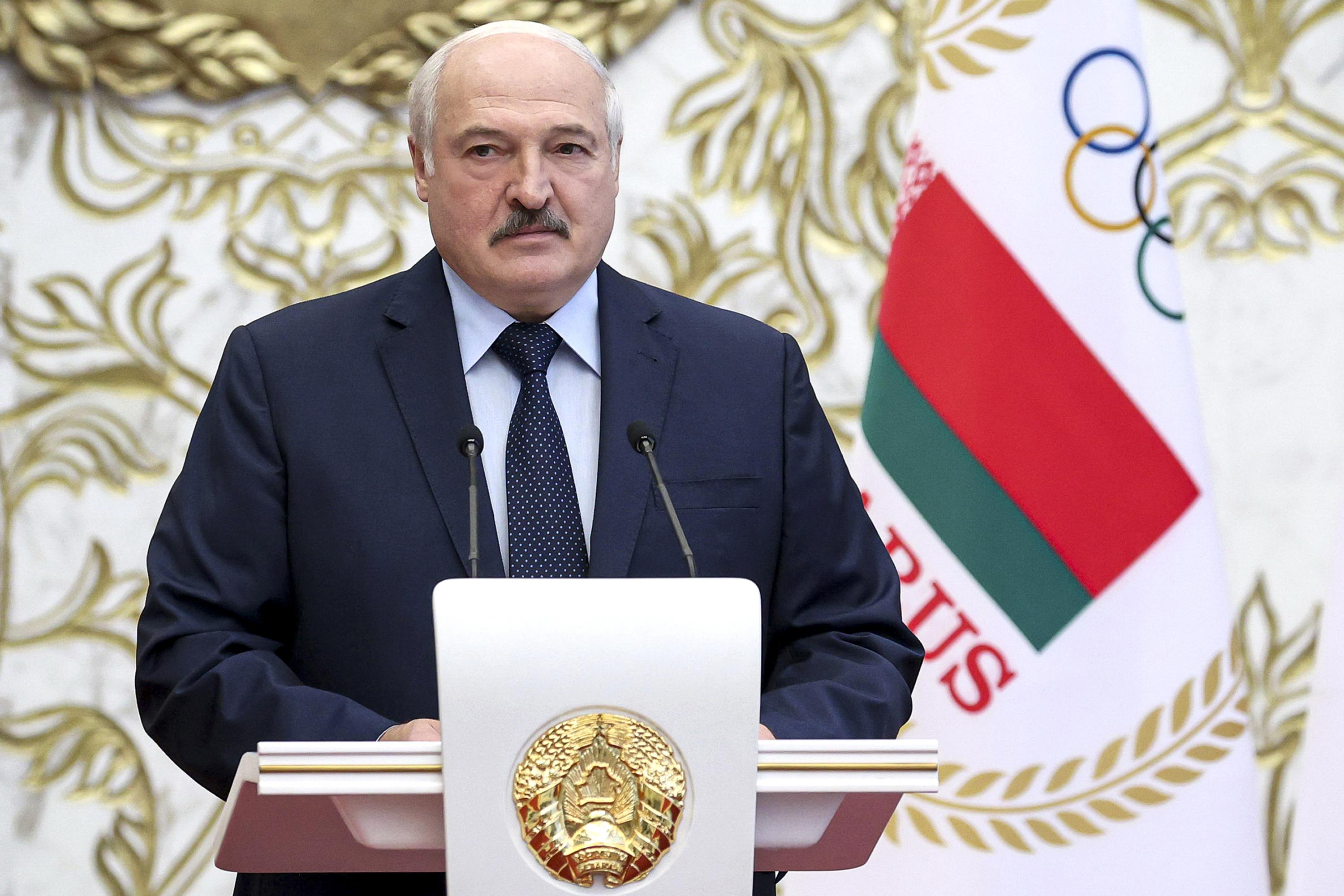 Belarusian leader vows to continue raids on NGOs and media

KYIV, Ukraine (AP) – The longtime leader of Belarus on Thursday pledged to continue cracking down on civil society activists he considers “foreign agents and bandits”.

President Alexander Lukashenko reprimanded officials in his administration for authorizing the operation of non-governmental organizations which he described as “harmful to the state”.

“A cleanup operation is underway,” Lukashenko said. “Do you think it’s easy?” There are thousands of our employees working for them, and their brains are warped and brainwashed with foreign money.

Belarusian authorities have stepped up raids and arrests of independent journalists and civil society activists in recent weeks.

Human rights center Viasna said the country’s law enforcement had carried out more than 200 searches of the offices and apartments of journalists and activists so far this month. The center said authorities detained 11 activists on Thursday.

The Belarusian Association of Journalists said authorities raided the apartment of freelance journalist Tanya Smotkina in the town of Hlybokaye for the second time this month and detained her for questioning on “incitement to war “.

A journalist who worked for the US-funded RFE / RL program and who was arrested last week, Ina Studzinskaya, declared a hunger strike on Thursday to protest the authorities’ refusal to grant her access to her home. lawyer, said the association of journalists.

The association’s deputy director, Boris Goretsky, said Studzinskaya was being held in a cell without a mattress where the lights were on 24 hours a day.

A total of 31 Belarusian journalists are in detention awaiting trial or serving their sentences.

The Justice Ministry on Wednesday asked the country’s highest court to shut down the Belarusian Association of Journalists for alleged flaws in office rental documents. BAJ said it could not provide the documents necessary to respond to the complaints because its head office has been sealed since a police raid last week.

On Thursday, the ministry also asked the court to shut down the Belarusian PEN Center, an association of writers headed by Svetlana Alexievich, winner of the 2015 Nobel Prize for Literature.

Alexievich, a member of the Belarusian Opposition Coordination Council, left the country last year after being summoned for questioning by the state investigative agency.

“The closure of the PEN Center reflects the overall catastrophic situation in the country, with authorities trying to silence everyone immediately,” the organization’s deputy director Taciana Niadbaj told The Associated Press in an interview. telephone from Minsk. “But even in this atmosphere of fear and repression, we will continue the fight and appeal for the decision of the authorities.”

Lukashenko, who faced months of protests sparked by his election to a sixth term in an August 2020 vote that the opposition and the West saw as rigged, responded to the protests with a sweeping crackdown that has saw more than 35,000 people arrested and thousands beaten by police.

Sviatlana Tsikhanouskaya, Lukashenko’s main electoral challenger, was forced to leave Belarus under official pressure after the elections. She traveled to the United States this week for meetings with officials in the Biden administration and American lawmakers to rally support for the Belarusian opposition.

“When you look me in the eye, you see the eyes of every political prisoner, every activist, every Belarusian who wants to live in a free country,” Tsikhanouskaya told members of the US Congress.