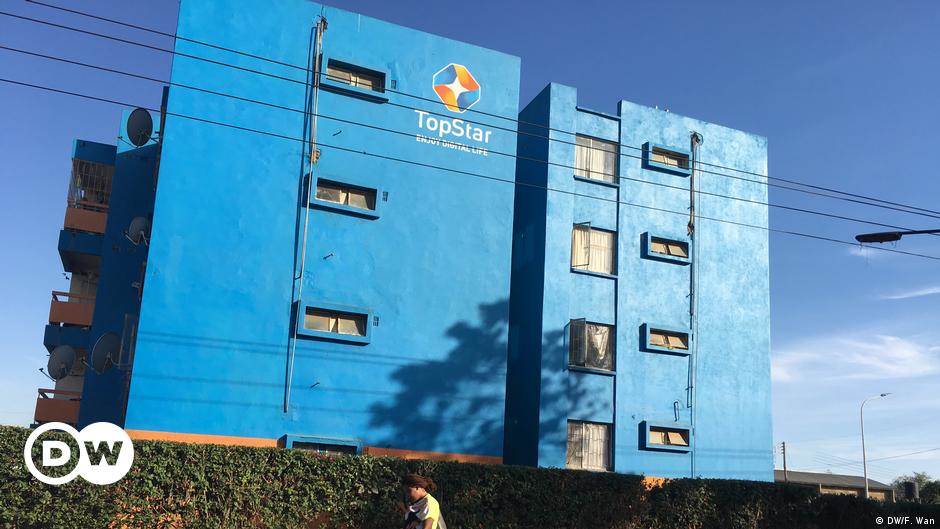 A few years ago, when Zambia wanted to make the costly switch from analog to digital TV, the Chinese were there to help – every step of the way.

When Zambia stumbled with the deployment of the digital transmitters needed to transmit the new TV signal, the powerful Chinese media conglomerate StarTimes helped set up a joint venture to distribute the signals.

StarTimes, which has close ties to the Chinese government, controls 60% of the joint venture, called TopStar, the Zambian national broadcaster, ZNBC, holding the remaining 40%.

The company is financed by a loan of 232 million dollars (205 million euros) contracted by TopStar with the Chinese public bank Exim.

When ZNBC did not have the $ 40,000 starting capital it needed to establish TopStar, StarTimes loaned the money to ZNBC.

Fast forward to 2019, and media watchdogs and local media owners are now gravely concerned about China’s perceived influence in the Zambian media landscape.

Digital migration tends to disrupt the media landscape. Indeed, the switch from an older analog technology to a newer and more efficient digital technology frees up bandwidth allowing the broadcasting of a greater number of television channels.

This can prove to be a boon for media consumers who have a wider choice of content as well as for media operators who can diversify their television offerings.

It sounds like a win-win situation. But the Zambia Media Owners Association (MOAZ) says many Zambian private TV owners don’t see it that way.

They say they are not reaping the benefits of digital migration – and accuse TopStar, and indirectly StarTimes as the majority owner, of excluding them from the new digital market.

Legally, TopStar is only supposed to function as a distributor of signals – Zambia’s digital migration law prohibits any entity from holding both a license for distribute the TV signal and provide content at the same time.

But some argue that the ownership pattern of StarTimes holding a majority stake in TopStar allows the company, and with it the Chinese government, to influence the content distributed by TopStar.

As late as May 2019, MISA Zambia, a media watchdog, accused TopStar of playing “this dual role of distributor and supplier. [which] risk of creating a monopoly.

The Zambian government strongly denies this.

â€œStarTimes does not manage TopStar,â€ said Chanda Kasolo, permanent secretary of the Ministry of Information and Broadcasting Services, in a recent telephone interview with DW. He stressed that ZNBC and his ministry play a major role in the joint venture.

He also said that when the digital migration loan is fully repaid to Exim Bank, the ownership of TopStar will reverse: ZNBC will be the majority shareholder, with StarTimes playing only a minor role.

Zambia’s weather published an article in Mandarin in October 2018

StarTimes is one of the leading pay TV providers in Africa, with subsidiaries in more than 30 countries on the continent. StarTimes is also “increasingly … the main vehicle for the expansion of Chinese soft power in Africa,” according to the UK-based magazine. Economist magazine.

More recently, the Media Owner Association of Zambia (MOAZ) accused TopStar, a subsidiary of StarTimes, of using the freed up bandwidth to transmit content produced in China instead of distributing local licensed channels.

In a May press release, the association accused TopStar of “prioritizing foreign content” which “amounts to discrimination because 17 million Zambians do not understand the Chinese language promoted on these channels.”

According to MOAZ, TopStar previously explained the lack of distribution of local programming by saying it had a “lack of capacity”. MOAZ says this explanation does not hold up when TopStar has “sufficient capacity. [for] Chinese content. “

â€œYou will see that there are many Chinese channels, like kung fu and so on. But we don’t need them, people want the local channels,â€ said Gerald Shawa, interim president of MOAZ, to DW.

There is a “huge ideological element” in StarTimes’ African operations, said Dani Madrid-Morales of City University of Hong Kong, quoted in a China Africa Project article posted on Medium, an online journalism platform.

â€œIt’s a huge effort to get Africans to understand China. Even the selection of TV shows is very carefully made. These are very specific shows that showcase an urban China, a growing China, an uncontroversial vision of China, “he reportedly said.

StarTimes denies having its own interests in the Zambian private television market. In an emailed statement to DW in April 2019, he said the company is “committed to creating a positive and sustainable environment for the television industry in Zambia to thrive.”

In the same statement, StarTimes also points out that TopStar carries 21 private Zambian stations for free, relieving their owners of a monthly transmission fee of $ 28,000 (â‚¬ 24,770). This figure is in line with a contract between TopStar and a local TV station that DW saw.

Indeed, the annex to a broadcasting contract specifies that TopStar is authorized to advertise “spots on its channel up to the amount invoiced”.

Some TV owners say it hurts businesses because they are in direct competition with TopStar for advertising funds.

“They put us at a disadvantage because they go to our customers [to sell ads]”a television owner told DW on condition of anonymity.

Another media owner told DW, still on condition of anonymity: â€œThey are going to our [clients] for companies, at the same time they ask us to pay them to be on their platform. “

The Zambian government believes the battle for advertising dollars is part of normal competition and has not hurt local media.

â€œWe are an open economy,â€ said Chanda Kasolo of the Ministry of Information. “We have over 40 channels and none of them have disappeared.”

TopStar transmits the national broadcaster, ZNBC, free of charge. To watch other programs, Zambian viewers have to pay TopStar for one of its three so-called â€œbundlesâ€ of channels that start at $ 2 per month.

Zambian private television owners complain that TopStar collects revenue from both ends of the distribution chain – it collects transmission costs from private channels as well as revenue from sales of pay-TV packages.

They want a slice of pay TV sales at least to help maintain studios and produce local, original content.

â€œI’m championing their cause to make sure TopStar pays them for their contentâ€¦ hopefully before the end of the year,â€ Kasolo said in the DW interview.

TopStar’s books haven’t been released to the public since its founding in 2015, but Broadcasting Permanent Secretary Kasolo vows that will change. â€œI will be encouraging the Auditor General to go to TopStar this year,â€ he told DW.

Shedding light on TopStar’s books, however, is unlikely to silence critical voices calling for more transparency on China’s role in Zambia’s digital migration.

After all, media watchdogs and anti-corruption organizations have denounced the way Zambia has handled its digital migration process, from the first tender process which had to be revoked in 2013 due to “irregularities”.

Measurability of impact remains the biggest challenge in print media