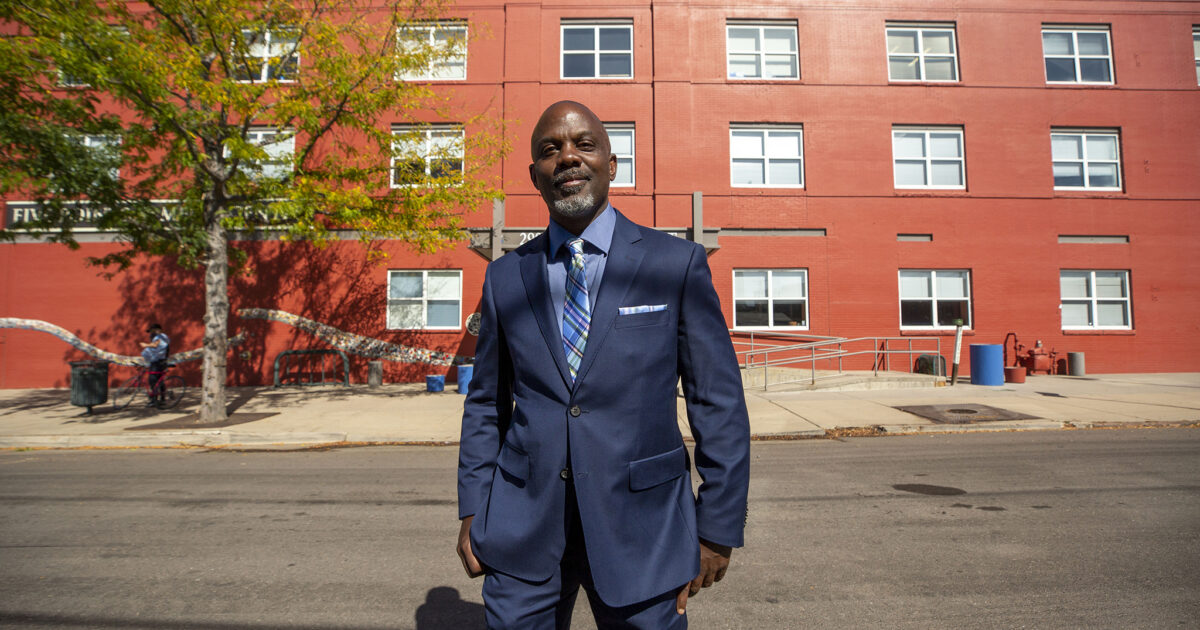 Could the Five Points Media Center become a hub for Denver’s next black cultural renaissance?

Is it still possible?

Take a walk down Welton Street. The neighborhood was once the heart of “Black Denver” and historically dubbed “the Harlem of the West”. Much like Harlem, Five Points has been the scene of massive development, and many elders – unable to keep up with and raise property taxes and rent increases – have been moving away for decades.

Of course, there’s a lot of booming nostalgia in the city’s brass for the touring jazz culture that once took root there. These sugar-coated tributes too often overlook the fact that the culture grew out of Denver’s long legacy of racism and segregation. The story is brutal: White-only downtown hotels refused to allow legends like Ella Fitzgerald and Louis Armstrong to stay at their establishments, so they boarded – and performed late-night concerts – to Five Points instead.

Since the mid-19th century much of the region’s black culture has been forgotten. City boosters pay hardly any homage to the rise of late 90s and early 2000s hip-hop in the region when Campbell, who made waves nationwide by rapping as the Apostle, builds the Hip-Hop Coalition and inspired a generation of young artists. Even longtime resident and cultural maven Ashara Ekundayo, a local legend behind the spoken word series Cafe Nuba, found a new home in Oakland, where she opened the Ashara Ekundayo Gallery, A few years ago.

There are still signs of black culture in Five Points: activist and media producer Jeff Fard maintains Brother Jeff Cultural Center on Welton; the Welton Street Cafe – although threatened by the pandemic – continues to serve food for the soul; and the Five point jazz festival brings live music to a part of town where jazz is now largely dead.

As for current artists: Many of those who grew up at Five Points live far from the neighborhood. Jam bands, New York-style bagels and craft breweries make up Welton Street culture more than long-stranded jazz spots like the Rainbow Room and the Rossonian.

The questions Campbell will face as he tries to breathe new life into the neighborhood’s black culture: Can he find a space in the neighborhood that won’t be redeveloped into apartments and condos? And if so, who is left to participate and who can they withdraw and how?

Part of Campbell’s strategy to spark this revival of Five Points Black is to mobilize support to buy a Denver landmark: the four-story brick building at 2900 Welton Street.

There, he wanted to create a collaborative workspace for media, artistic and cultural groups led by BIPOC, a space for media workshops and a newsroom for his militant project Des alliÃ©s aux abolitionnistes and his Emancipation Theater Company.

His vision echoes the recent history of the building, where multiple non-profit media projects have taken root over the past thirty years.

The story of the Five Points Media Center

The building at 2900 Welton Street was constructed in 1921; for years it housed the Honey Bread bakery. By the early 1990s, the building had been abandoned along with much of Welton Street.

Then, in 1992, a group of media activists bought the building and moved into it, dubbing it the Five Points Media Center. The space housed huge dreams. Women and people of color, long excluded from corporate media, would finally have a dedicated place in Denver to receive journalism training. Denver’s often overlooked or misrepresented neighborhood, could take control of its own history and develop its power through telecommunications and radio.

In two years, Jazz station KUVO and PBS12 had moved into the building, along with Denver Community Television – better known as DCTV.

The Five Points Media Center did a good run. But in 2005, the city council – discouraged by DCTV’s finances – decided to deny juice to the organization, and public access eventually shifted across the city under new management through Denver Open Media.

What is the future of the building and will Channel 12 stay there?

The second floor of the building, where KUVO lived, has been for sale for several years without a buyer. PBS12, which occupies the first floor, is uncertain about its future direction. The channel is changing and preparing to welcome a new CEO, Kristen Blessman, the former president of the Colorado Women’s Chamber of Commerce.

â€œIt starts October 18,â€ said Kim Carver, vice chairman of the board, interim CEO and general manager. â€œFrom there we’ll start talking about what our real options look like. At the moment, it’s business as usual.

Should the station stay or go?

â€œIt’s a big old building,â€ Carver says. â€œIt’s in a beautiful part of town. We really like it. There are a lot of options.

â€œHonestly, we have no plans,â€ adds Mark Seewald, PBS12 mainstay, vice president of operations at the station. â€œThere is no indication from anyone that we are planning to move. There is no indication of anyone we plan to sell. We plan to explore different options. We are currently in the options exploration stage. The new boss, when she presents herself in a few weeks, she may have some ideas herself.

Although PBS12 is uncertain about the future of the building – which is ominously described as “Five Points Media Center Condos” in city records, suggesting it could turn into another high density housing project. on Welton Street – Campbell’s vision is clear: center in a hub for Denver’s black cultural revival.

But is Campbell’s dream really achievable?

â€œI wouldn’t say it’s pie in the sky or anything solid,â€ Seewald says. “It’s somewhere in between.”

Campbell himself can no longer afford to live at Five Points. In 2016, he left his apartment above Coffee at the tip, where he had lived since 2008. The percentage of neighborhood residents who were black had declined, but by 2012, after Colorado legalized recreational marijuana, he recalls, the neighborhood’s character quickly changed.

â€œI’ve seen gentrification happen,â€ he says. â€œWhen Amendment 64 was passed I saw it speed up exponentially – speed up by tenâ€¦ The whole vibe of the community changed completely. I started to feel alienated in my own community, where the other tenants who lived in the building now – the white tenants – didn’t want to leave the door open for me. Even with a key ring, they would ask me, ‘do you live here? “”

Now he lives in Glendale, where he is learning to appreciate rugby and the home side, the Merlins.

â€œI would much prefer to be back in Points,â€ he said.

Taking over the Five Points Media Center, which he plans to call â€œThe Renaissanceâ€, would be a kind of homecoming.

Here’s how Campbell plans to complete the acquisition.

Raising the money to buy the building is not going to be easy.

Campbell received a small amount of funding from the Bonfils-Stanton Foundation pay for a business plan. He contracted with a business consultant, lawyer and real estate agent to try to figure out how to buy the building.

They have already filed a letter of intent to buy the second floor from its owner, Rocky Mountain PBS, he said, noting that this floor will cost around $ 2 million. Once PBS12’s new CEO gets a foothold, he hopes to be able to secure the rest of the building within eighteen months for $ 8.5 million.

â€œThe KUVO floor is ready to roll,â€ he says. â€œBut the whole building could possibly go online in eighteen months. This is what we are aiming for.

He posted articles about his aspirations on Facebook, drawing encouragement from a who’s-who of Denver’s black cultural scene, including Fard, who runs a regular interview show from Brother Jeff’s Cultural Center just down the street. rue, and DJ and filmmaker Musa Bailey, the former co-owner of hip-hop art bar Cold Crush.

If things work out, Campbell imagines there will be plenty of organizations willing to lease space to create media using some of the tools previous companies have left behind: green screens, mixers and more. .

The income from the tenants would be used to fund educational programs for young people and possibly a media artist residency. All of these projects sharing space and harnessing the history and technology still present in the building would form a creative incubator – and revitalize black culture in the neighborhood.

â€œIt’s like hip-hop,â€ says Campbell. “It’s old technology that most people ignore and throw away – or tear down the walls and do something else with it …

â€œWe can find new ways to use this infrastructure – this great old-fashioned infrastructure – to do really creative and interesting things in collaboration with other creatives,â€ he continues. â€œThe potential is endless if we just imagine what it can be rather than throwing away the old buildings or the old technology or the old approaches. “