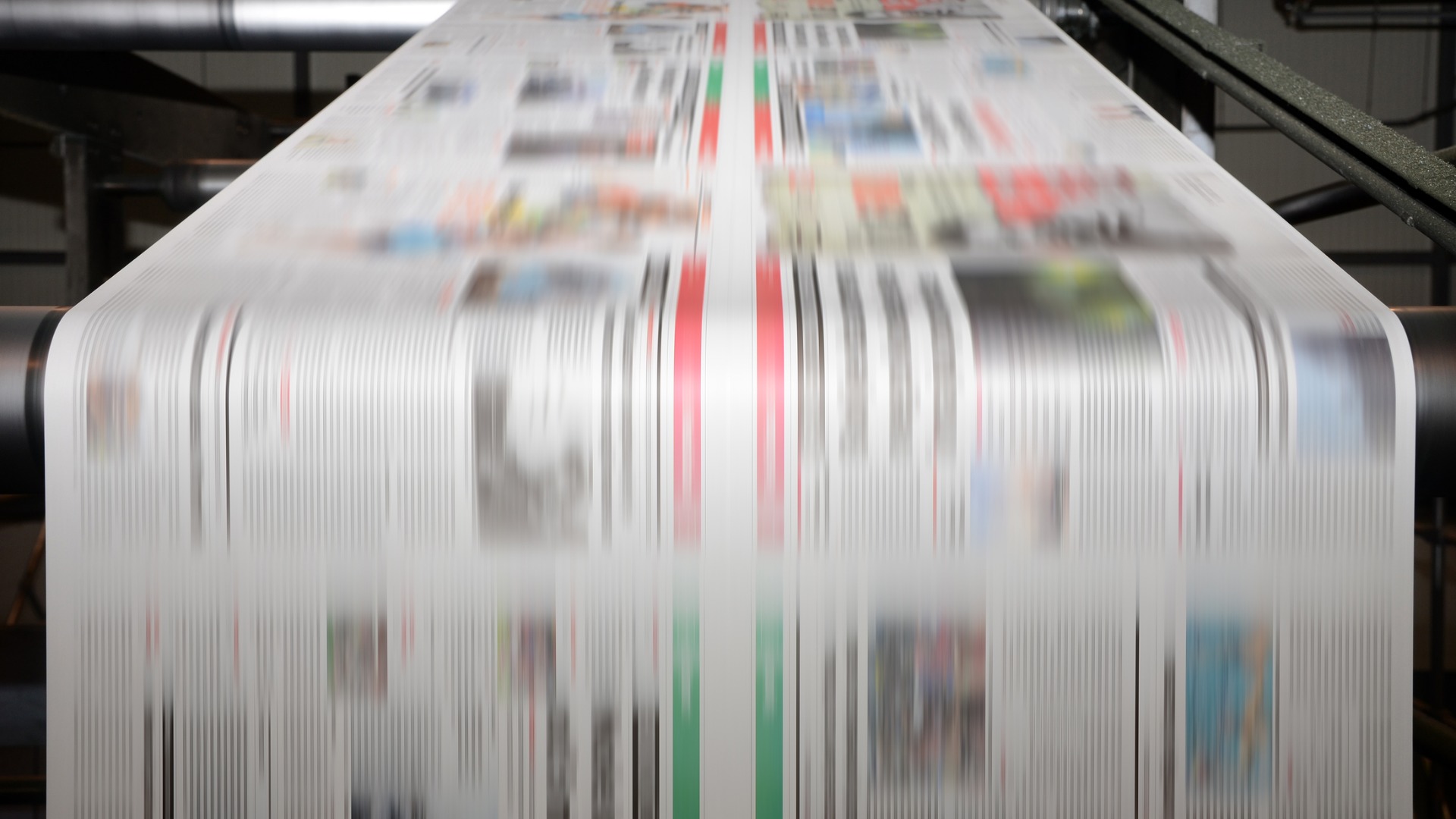 As the United States celebrated National Newspaper Week through Oct. 8, mainstream media executives and industry watchers in the upstate say they see relentless pressure on their uncirculated business model, from declining readership to rising operational costs.

“A lot of times you’ll hear the term ‘slow death of local journalism’, and there’s some truth to that, because it takes money to run a newspaper,” says Bryan Denham, professor of communications at the Clemson University, “And if advertisers feel like few people are watching it, they’ll make money.”

Steve Blackwell, publisher of The Greer Citizen, knows what happens next: “When these local newspapers leave these small communities, there is no longer a watchdog for government, for city councils, for school boards.

From 1986 to 1995 he was managing director of the hyperlocal Union Daily Times – which closed its doors two years ago after 170 years in business.

“It’s scary to have to depend on the honesty of every council member or every official,” he says.

Eddie Burch, whose family bought the Citizen in the 1940s, was editor of the weekly Greer for 18 years, beginning in 1989.

He says he and his reporters kept tabs on local government, where they could catch shenanigans such as, for example, a councilman spending city funds on “drinks in Hilton Head and fine restaurants in Hilton Head during the retirement from the municipal association when they were supposed to be at meetings.

He says he rarely missed a meeting of the Greer town council, where he reported on, among other things, tax increases and fee adjustments, which he compares to rising gas prices and grocery store: “And people need to know and understand why their taxes are going up. ”

“In the United States, about 9 in 10 adults get at least some news online, and the online space has become a host for the digital homes of traditional news outlets and new ‘web-born’ news outlets. .”

Burch left in 2007, when Spartanburg-based family business Buchheit News Management acquired the Citizen. Since then he has been selling real estate for C. Dan Joyner, although he is still a contributing photographer for The Greenville News, Spartanburg Herald-Journal and Greer Now magazine.

He remembers his heyday when the century-old newspaper had little trouble attracting advertisers: “In the 80s, business was easy.

But from 2002 to 2020, US newspaper publishers saw their revenues plummet by 52%, according to the US Census Bureau in a June article titled “The Internet is Crushing Traditional Media: From Print to Digital.”

As for the number of Palmetto State newspapers, some 1,600 of them have been established here since 1732, according to the Encyclopedia of South Carolina.

Today, only four legacy news operations serve Greenville, according to the South Carolina Press Association. These include the Greenville Journal and The Greer Citizen with weekly print editions and the Greenville News and The Post and Courier. The Greenville News, which is part of a national public company, missed the deadline for comment.

The Post and Courier, the state’s oldest newspaper, launched in 1803, entered the Greenville market last year.

PJ Browning, president of the newspaper division of Evening Post Publishing and Charleston broadsheet publisher, says research has shown Greenville to be another “addressable market.”

The Pulitzer Prize-winning newspaper also leverages its statehouse journalist infrastructure and the resources available at the publishing company’s 15 other properties across the state, she said. And she points to a new series of richly reported and deeply local stories: “UNCOVERED: Shining a light on South Carolina corruption and misconduct.

“We thought, ‘You know what, it makes more sense for us to become this local, really hyperlocal news organization,” she said, adding, “It’s all about local, local, local. We have owners in South Carolina, so we care about South Carolina journalism.

The Post and Mail business model in the Upstate (Post and Mail are located in Greenville and Spartanburg) relies entirely on its statewide digital subscription base, which, according to Browning, sustains its upstate newsroom of 10 reporters.

“We’ve been providing local news here in Greenville for 23 years,” says Mark Johnston, president, CEO and co-founder of Community Journals, which publishes the Greenville Journal. “Our model is that we are 100% advertiser backed, with no paywall.” The Post and Courier’s strong paywall here, he argues, means fewer eyeballs, which means less ad revenue to support it.

Johnston is also leveraging other revenue streams, with robust digital marketing service offerings as well as six print and digital publications, including lifestyle, home and targeted magazines – all with a model of content that it believes differs from other local newsgathering companies.

Rather than expending the enormous time and resources required to produce investigative pieces, he says, “All of these municipal and county and civic organizations, charities, arts and entertainment need a capable vehicle. to communicate their message.

Its publications are free of charge and the targeted households receive the weekly printed edition of the Journal free of charge. If newsprint costs weren’t so prohibitive, not to mention a 20% increase in costs over the past year, he says he’d print one copy each for the county’s 200,000 homes.

A journalist since the early 1980s, Johnston says, “The daily no longer exists and they had a responsibility to report on the changing community. Now we’re sort of the last man standing here.

Papers That Shrink in South Carolina

Between 2004 and 2018, South Carolina saw a 14% contraction in dailies and weeklies and a 23% drop in daily and weekly circulation.

Source: UNC Hussman School of Journalism and Media, Center for Innovation and Sustainability in Local Media, University of North Carolina at Chapel Hill

“The people of America’s new emerging deserts are often its most vulnerable cities,” according to the University of North Carolina at Chapel Hill

Sources: Living Without a Newspaper, “The Loss of Newspapers and Readers”, UNC Hussman School of Journalism and Media, Center for Innovation and Sustainability in Local Media, University of North Carolina at Chapel Hill