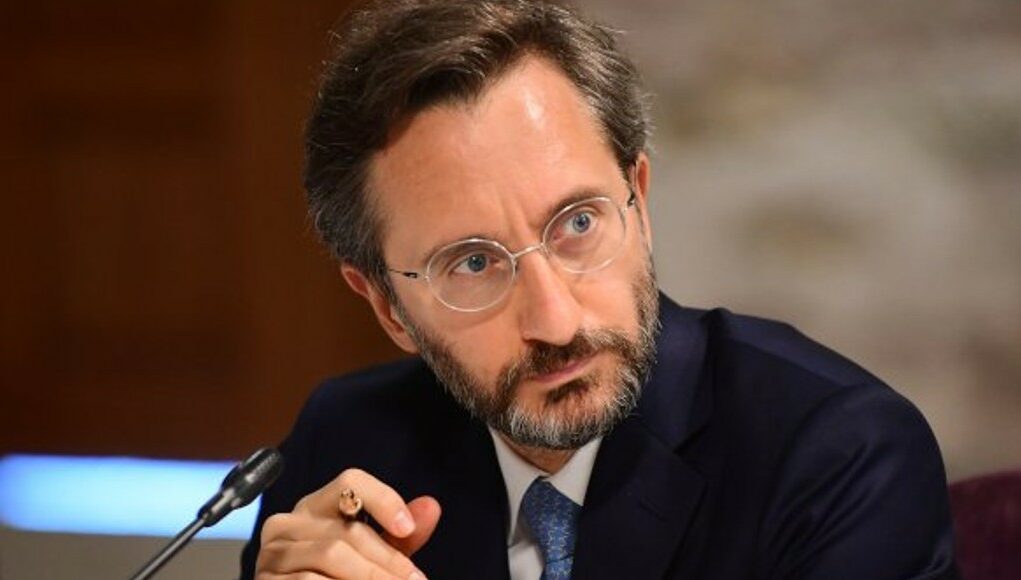 New regulations will be implemented for media that receive financial support from abroad, said communications director Fahrettin Altun in response to recent news regarding foreign funds received by some independent media in Turkey.

“The government is closely following allegations that a foundation headquartered in the United States is funding media in Turkey,” Fahrettin Altun told state-run Anadolu news agency on Wednesday. â€œObviously, regulation is needed for media organizations operating in our country with funds provided by governments or foreign organizations. “

Altun was referring to an article published by the ultra-nationalist news site OdaTV about media and civil society organizations that receive funding from the US-based Chrest Foundation. Based on publicly available information, OdaTV said that Medyascope, Serbestiyet, 140 Journos and the Platform for Independent Journalism (P24) were the media platforms supported by the foundation.

Medyascope has received the most media funding with $ 476,720 to date, followed by P24 with $ 124,015. Outlets publicly declare their sponsors, including the Chrest Foundation, on their websites.

In an open reference to comments by US President Joe Biden during a meeting with the New York Times in December 2019 before he ran for office as a Democratic presidential candidate, Altun said, â€œIn an environment where some leaders foreigners manifest their intentions and efforts to shape Turkish policy, we cannot accept funding of the media sector by a foreign government or organization regardless of said interests and targets.

Biden had said Washington should encourage Turkish opposition leaders “to be able to confront and defeat Erdogan.” Not by a coup, not by a coup, but by the electoral process.

Altun claimed that similar regulations governing foreign financing already exist in the United States. â€œFor example, in the United States, media organizations funded by foreign governments are required to submit detailed information about their activities to American authorities,â€ he said. â€œThere are different media organizations in Turkey operating under similar status with funding from foreign governments. We will take the necessary steps as soon as possible to protect public order and guarantee the right of our people to obtain correct news. “

Altun was referring to the US law known as FARA (the Foreign Agent Registration Act), which requires certain persons working as “agents of foreign principals who are engaged in political activities or other activities specified in the law to periodically disclose their relationship to the public. with the principal foreigner, as well as the activities, receipts and disbursements in support of these activities.

The US Department of Justice ordered TRT World, an English-language news channel owned by Turkish state television TRT, to register as a foreign agent in 2019. According to Al-Monitor, the Department of Justice found that TRT – the Turkish radio and television company – is engaged in “political activities” and acts as “publicity agent” and “information service employee” on behalf of the Turkish government. U.S. officials rejected TRT’s argument that it is financially and editorially independent, concluding instead that Ankara “exercises the direction and control of TRT through regulation and oversight, and by controlling its direction, budget and governance.” contents “.

News organizations funded by foreign governments but deemed to have editorial independence, such as BBC News and France 24, are not required to register as foreign agents.

Independent media have grown in popularity in Turkey since the government muzzled the press by jailing journalists, shutting down media outlets, overseeing the purchase of media brands by pro-government conglomerates, and using regulatory authorities to exercise criminal law. financial pressures.

The popularity of Turkish versions of news outlets owned by foreign governments, such as Deutsche Welle, BBC and Voice of America, has also increased.

Turkey is one of the largest jailers of professional journalists in the world and ranks 153rd out of 180 countries in terms of press freedom, according to Reporters Without Borders (RSF).

According to the Stockholm Freedom Center‘s â€œJournalists Imprisoned and Wanted in Turkeyâ€ database, 173 journalists are behind bars in Turkey and 167 are wanted and in exile or at large.

Take a second to support SCF on Patreon!

Belarusian leader vows to continue raids on NGOs and media