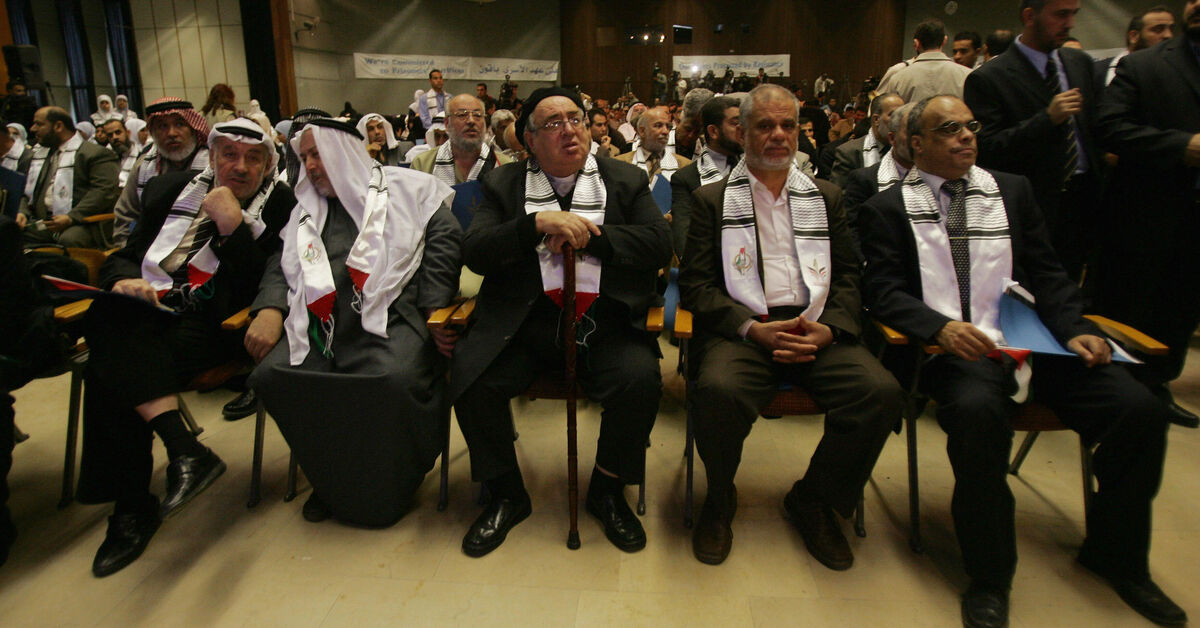 GAZA CITY, Gaza Strip – Father Manuel Musallam, head of the World People’s Organization for Justice and Peace in Jerusalem, on April 13 urged Hamas to establish a Christian Press Center defend the movement against allegations that it mistreats Christians.

A few days earlier, the Palestinian Central Election Commission released the list of candidates for the legislative elections which will take place in May. The Hamas electoral list included only one Christian among its 132 candidates after the withdrawal of several Christians.

Musallam revealed in a March 30 interview with Hamas-affiliated Al-Resalah newspaper that several Christian candidates have been intimidated and pressure not to run media that he did not name. He said “shocking and deceptive propaganda” is being used to tarnish Hamas’s image and its ties to Christians.

“Hamas has been unfairly targeted by a smear campaign,” Musallam added, saying the Hamas media did not respond adequately.

Musallam, who previously led the Catholic Church in the Gaza Strip, said Christians are not persecuted under Hamas, as some Western media claim.

A 2019 report by the US State Department on International Religious Freedom noted that while “Christian groups have reported that Hamas generally tolerates the weak Christian presence in Gaza and does not compel Christians to obey Islamic law,” the celebrations of Christmas as a public holiday stopped in Gaza after the arrival of Hamas. in power. The report also noted that, according to media accounts, Hamas did not investigate or prosecute cases of religious discrimination against Christians in Gaza.

Musallam has revealed that his nephew who lives in Ramallah intended to run for Hamas’s list, but his family urged him to reconsider his decision. He blamed a smear campaign against Hamas that led his family to fear that their business interests would be affected and that the Israelis would persecute them.

Basem Naim, a member of Hamas’s international relations office, told Al-Monitor that his movement has welcomed Musallam’s call to establish a media center and sees it as an innovative idea that shows that the Palestinian Christian community is eager to defend the image of Gaza in the world.

Naim explained that Hamas will examine the idea and consider appointing a Christian media advisor. He noted that the Western press demonizes Hamas because some Western countries hold negative views on Arab Islamists in general.

Naim also explained why some Christian figures withdrew their candidacy from Hamas’s electoral roll, saying: â€œWe have offered a number of Christian figures in the West Bank and Gaza Strip the opportunity to run for the Hamas electoral roll. movement, but they withdrew for several reasons, such as family pressure or health problems, or even fear of Israeli restrictions on their movement and work.

Hamas is accused of being one of the reasons for their declining numbers in the Gaza Strip, which he has controlled since 2007. The accusations include Hamas imposing restrictions on Christians in an attempt to force them to emigrate. However, Hamas supporters claim that the movement’s security services provide protection for Christian churches, schools and other facilities, and Hamas leaders send them. greetings during their vacation every year.

According to Diyar Consortium, a Bethlehem-based research group, The Christian population has indeed diminished. Only 850 Christians live in the Gaza Strip. Of these, 70% belong to the Greek Orthodox community and the remaining 30% are Roman Catholics.

Christian religious figures confirm that the number of Christians in all the Palestinian territories, not just in Gaza, has declined since the start of the Palestinian-Israeli conflict in 1948 when tens of thousands of people immigrated to Arab and Western countries.

Farid Zahir, professor of journalism at Birzeit University, told Al-Monitor that the creation of a Christian media center within Hamas should have been implemented years ago. But the movement’s media discourse, particularly aimed at the West, has matured considerably since Hamas won the legislative elections in 2006.

Zahir explained that the challenge facing Hamas is to change the perceptions and beliefs entrenched in the Western media towards the movement, as they present it as a terrorist movement. He expects the European Union to recognize Hamas if it wins the next election to avoid repeating the mistake of 2006, when the EU refused to recognize Hamas’ victory in the parliamentary elections.

Mustafa al-Sawaf, former editor-in-chief of local newspaper Felesteen, close to Hamas, told Al-Monitor that the call for a Christian media center is a creative idea and that it would help Hamas correct his distorted image. in the minds of Western audiences and some Arab audiences.

Sawaf pointed out that the challenge Hamas faces in implementing the idea stems from the difficulty of staffing the center in light of the pressure Christians in the West Bank and Gaza Strip are under due to of their work with Hamas. This is what happened in the question of running for the movement’s list for parliamentary elections, he said.

Hamas is working to forge links in Europe and other Western arenas and to have its name removed from European and American terrorist lists, and it hopes Christians in the Palestinian territories will help it achieve this goal by strengthening its relations with them.