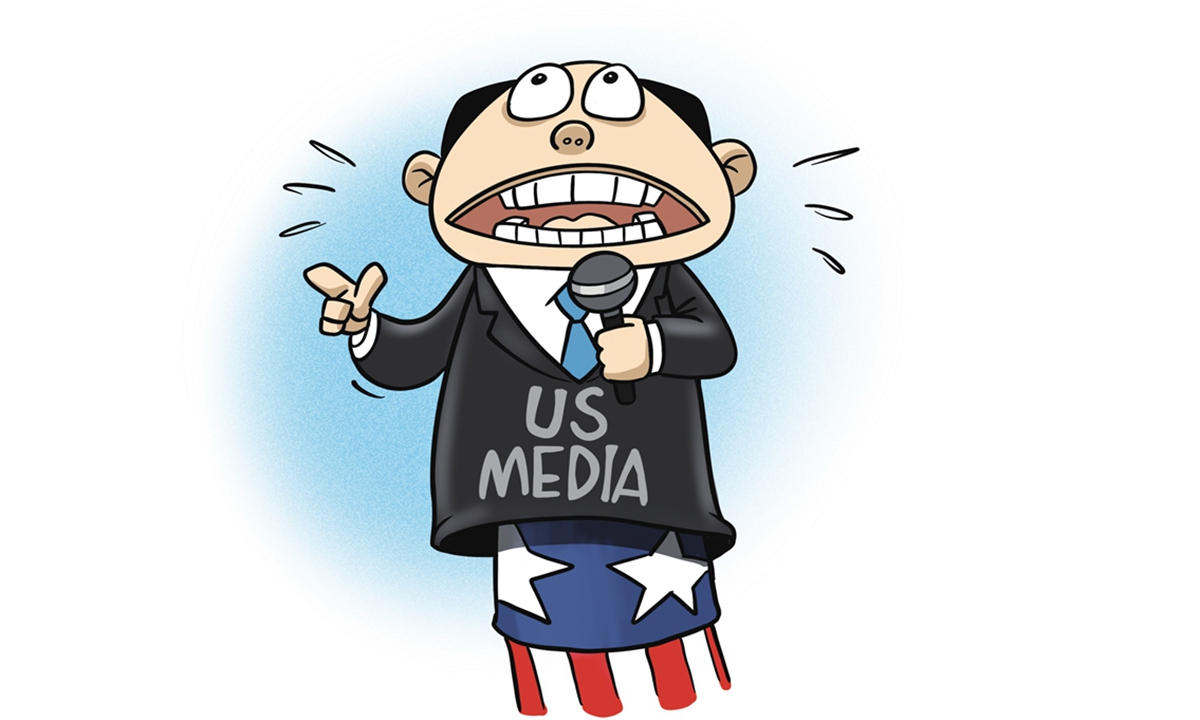 Tracing the origins of COVID-19 is supposed to be a task for scientists. Yet the Western media have never stopped touting speculation and slander against China. Certainly, some of them, including the American mainstream media, have remained cautious with a disapproving view of the theory of the “lab leak” in 2020. Yet their position has turned around in claiming to what extent a Wuhan’s â€œlab leakâ€ could be credible.

In January 2020, the Washington Post published an article titled “Experts Debunks Fringe Theory Linking Chinese Coronavirus to Weapons Research.” The following month, the New York Times called the hypothesis a “conspiracy theory” which “lacks evidence and has been rejected by scientists.” At the end of 2020, The Associated Press put it more bluntly, “Debunked COVID-19 myths survive online, despite the facts.”

Their rhetoric, however, has taken a sudden turn since May. The Washington Post said, â€œTo some experts, the early rejections of the lab thesis now look like media malpractice. And the New York Times wrote, “Scientists don’t want to ignore the ‘lab leak’ theory” and welcome the call for a more rigorous investigation into a virus lab in Wuhan.

The change coincides with when US President Joe Biden called on the US intelligence community to redouble their efforts to investigate the origins of the COVID-19 pandemic and report back to it in 90 days. Or in other words, it coincides with Biden’s increasingly clear strategy against China.

The “lab leak” theory has already been pushed hard by the Trump administration, but due to its horrific dealings with the mainstream American media, the latter often mocked his remarks, kept his distance from his position, everything by showing an attitude of support towards the Democrats. Party.

After Biden enters the Oval Office, thanks to his good relations with the media, the latter is ready to play the role of horn and tool of the current administration. That being said, the â€œlab leakâ€ theory is no longer a matter of pure science, but the epitome of a major power play between China and the United States.

At the start of the epidemic, the United States failed to tackle the virus, which demeaned the country’s image as a world leader. Yet by choreographing conspiracy theories, US politicians and media have jointly shaped a worldview of the pandemic, in which China is portrayed as a demon, while the US is still the lead. Take Bloomberg, an “authoritative” medium. This placed the United States at the top of its COVID resilience ranking. Nothing can better illustrate his movement than “he tried so hard”.

If the United States was simply a scapegoat and was out of a defensive and realistic tactic to insist that the virus originated in China, the hype around the â€œlab leakâ€ theory is a big deal. step forward. It has become a weapon for the United States to ensure its leadership, to make the United States a “saint” and to make China a “devil”.

The easily altered stance of so-called liberal news sources in the United States has made it clear that they participate in and serve the Biden administration’s information warfare to demonize China.

The theory is nothing more than a false “knowledge” forged on China, creating the image that the management of biosafety in China is a disaster, which will later result in a global iron curtain to contain everything. progress in Chinese biotechnology. This is a link in Biden’s overall demonization strategy, just like how the United States has been putting more effort into fabricating a “Chinese hack” very recently.

So far, from the point of view of science, the â€œlab leakâ€ theory is pure nonsense. But in terms of information warfare, even if Washington doesn’t get the conclusion it ultimately wants, it could still succeed in diverting public attention and muddying the waters, placing China in a position of suspicion. . For the United States, it would be a victory.

The media should take responsibility for covering the facts, but when it comes to prioritizing their political position, they are no less proactive than politicians. The American media have long since seriously degenerated. They don’t care about science at all. All they want is for the WHO to declare Wuhan to be where COVID-19 first appeared in the world.

All the United States will get from this information war is a temporary patronizing stance on the matter. Yet China is no longer a lamb to be slaughtered. Justice can be delayed, but will never be denied. Therefore render to Caesar what is Caesar’s; and to God those things which are God’s. When the US government kidnaps science with politics, some politicians may win, but the neutral and objective banner of the US media will lose.