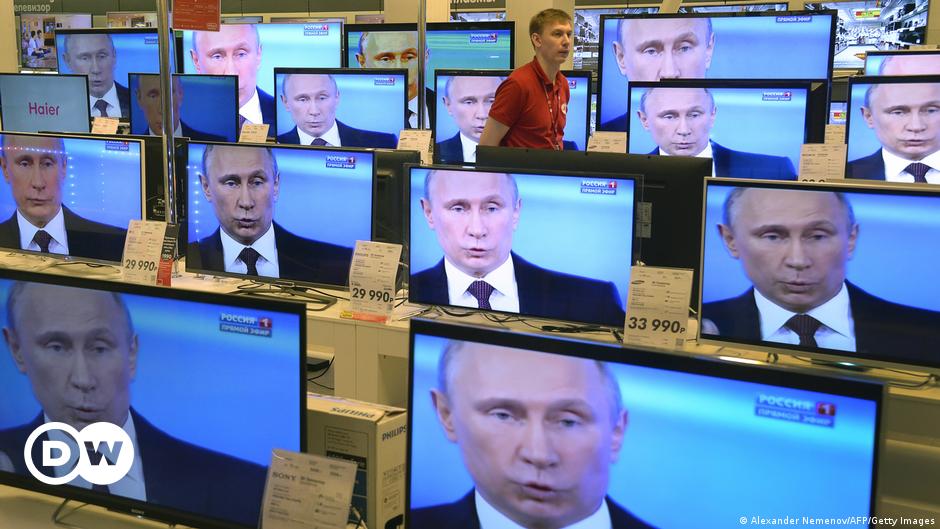 Are Russian citizens in favor of a war against Ukraine? This is a question that has been on everyone’s mind since the start of the assembly of Russian troops near the Ukrainian border, and which is quite delicate for Denis Volkov, who thinks about it briefly before providing an answer.

“That’s not what we asked for,” Volkov, a pollster at the notorious Levada-Center in Moscow, told DW. “It’s a fringe attitude. It is possible that someone shares this view, but those who really want it and call for it are rare.”

In the Russian media, however, the question is not taboo, quite the contrary. Notorious right-wing populist and MP Vladimir Zhirinovsky, who frequently appears on political talk shows, has been publicly mulling the idea of ​​attacking Ukraine for years. More recently, he advocated the use of “military force” in a newspaper interview late last year if Ukraine failed to comply with Russian demands such as dropping membership in NATO.

Appearing on state-run Russia-1 television a few years ago, Zhirinovsky fumed about the dropping of a nuclear bomb on then-Ukrainian President Petro Poroshenko’s Kyiv residence. Such breathtaking mind games can also be found on social media. For example, a Russian journalist recently wrote on Twitter: “It’s time to liberate Ukraine once.

It is unclear how widespread these feelings are among the Russian public. Of the roughly 7.5% of the electorate who voted for Zhirinovsky’s Liberal Democratic Party of Russia (LDPR) in the September 2021 parliamentary elections, not all would welcome a war against Ukraine.

Pollster Volkov knows other numbers that give him food for thought. 36% of Russians polled believe that it is “very likely” that the current tensions will lead to a war between Russia and Ukraine. A further 4% think such a war is even “inevitable”, according to a poll conducted by the Levada-Center at the end of 2021.

“It’s more than before, the number has increased,” says Volkov. “Most people don’t want war, they are afraid of it, but there is a feeling that it may be imminent,” he adds. Those interviewed blamed the West. If a war broke out between Russia and Ukraine, one in two Russians would blame the United States and NATO countries. 16% would blame Ukraine; only 4%, however, would blame Russia.

A recurring theme in the Russian media

These opinions are consistent with the image that has been portrayed for years in the Russian media and, more importantly, on state television. “The issue (Ukraine and the possibility of war) reaches the public via television, which is the most important source of information for two-thirds of the Russian people,” Volkov said.

Moscow took a dim view of the Orange Revolution in Kiev

On Russian television, Ukraine has been a recurring theme for years. Large-scale reporting began after the victory of the Orange Revolution in 2004, which was seen by the Kremlin as a Western-instigated coup. Until then, Ukraine and Ukrainians were considered a “strategic partner” and a “sister nation”. Another turning point was Russia’s war against Georgia in 2008, in which Ukraine supported Tbilisi.

Shortly after, the idea of ​​a war in Ukraine entered the imagination of Russian media, but also Ukrainian. A number of non-fiction books predicting the “downfall of the Ukrainian project” have been published. At the time, they were considered the work of cranks.

As the annexation of Crimea approached in 2014, Ukraine dominated all media channels in Russia. As in 2004, the opposition demonstrations were presented as a coup. The focus was increasingly on reports dealing with an alleged danger to Russian-speaking Ukrainians. This “danger” has been grossly exaggerated, there have been no attacks or serious threats. For President Vladimir Putin, however, it was a reason to proceed with annexation. His goal was to protect the Russians, the Kremlin chief said afterwards.

Since then, reporting on Ukraine has been one of the key topics, second only to Russian domestic politics. Many observers in Russia, but also abroad, racked their brains over the reasons for this development. With hindsight, it looks like an attempt to keep public opinion in standby mode, should a conflict break out.

Fighting in eastern Ukraine in 2015

A significant part of many talk shows in Russia are Ukrainian “experts”, who are reprimanded and called “idiots”. The central narrative has been the same for years: Ukraine was a weak, failed state in which Ukrainian “Nazis” set the agenda; he was a puppet of the West and an enemy of Russia. The result is Ukraine fatigue, as pollsters like Denis Volkov have observed. But there is more: on the list of countries deemed hostile to Russia, Ukraine ranks second, after the United States and ahead of the United Kingdom.

During the current crisis, it is clear that Russian media networks have again called for the protection of “Russians” in Ukraine. It is a reference to Russian-speaking Ukrainians in the south and east of the country and, in particular, to the inhabitants of the breakaway republics of Donetsk and Luhansk. Hundreds of thousands of them have obtained Russian citizenship since 2019. In late December, President Putin spoke for the first time about signs of “genocide” in eastern Ukraine. The separatists have already announced that they may appeal to Russia for military support – a development that would find fertile ground in the Russian media.

This article has been translated from German

Is the written press a dying art? – Oracle online