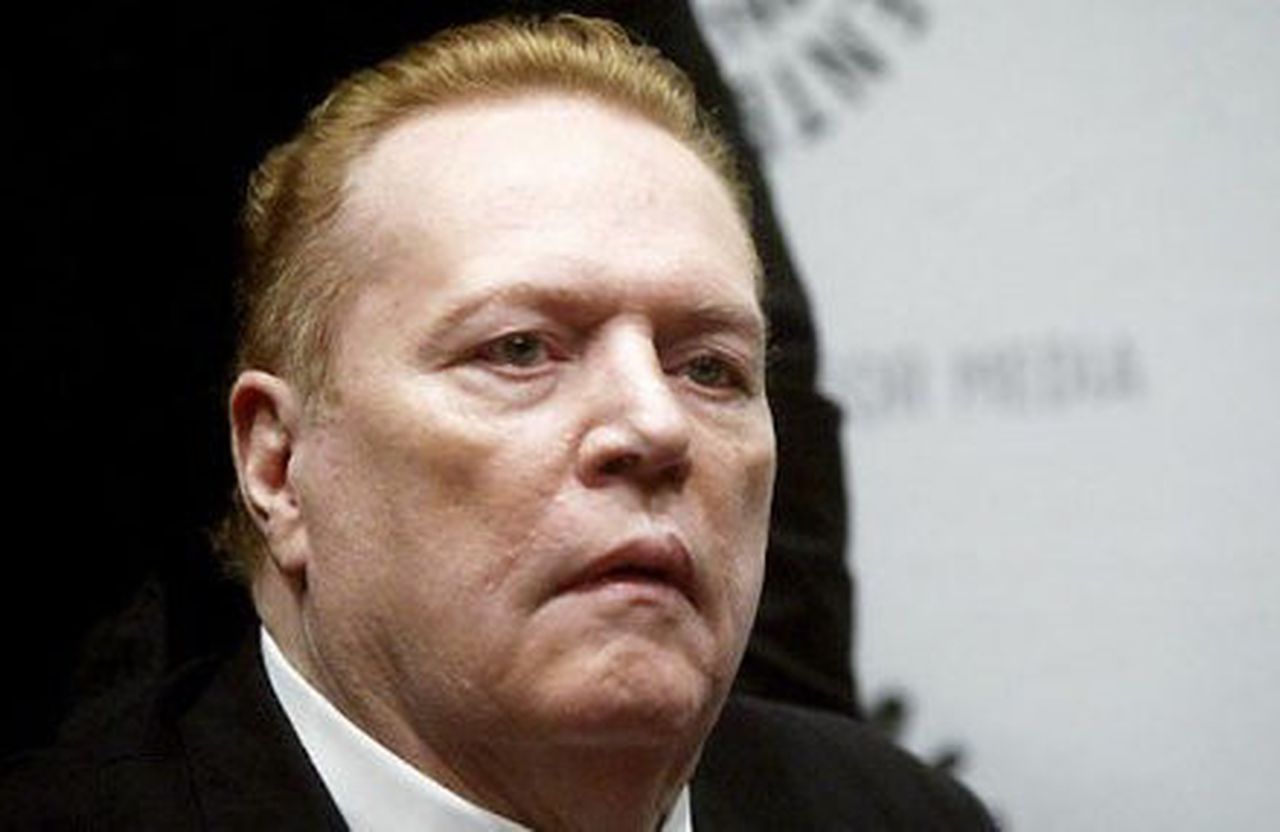 Hustler Editor Larry Flynt: “The print media is on the way out, including us”

Hustler magazine editor Larry Flynt experienced free speech issues 25 years ago, and now he’s ready to take on the challenges of today’s world, including social media and the evolution of the printing industry.

The controversial figure speaks at Syracuse University during a conference titled “Fighting for the First Amendment” on Tuesday, March 5 at 5 p.m. in the school’s Goldstein auditorium. Tickets for the event are free to the public through the Schine ticket office.

Ahead of his visit, Flynt told syracuse.com and The Post-Standard that he was eager to speak to Syracuse about the landmark decision, Hustler Magazine vs. Jerry Falwell, now taught at law schools like the College of Law in SU across the country.

The televangelist sued Flynt for libel and emotional distress after a satirical Hustler cartoon suggested that Falwell’s first sexual encounter was with his mother. Falwell won the case initially, but the Supreme Court ruled on February 24, 1988 that protecting free speech is more important than protecting the emotions and reputation of public figures.

â€œThe ruling said you cannot award damages for intentionally inflicting emotional distress, which was one of Rev. Falwell’s claims,â€ says Flynt. “This is an important matter – a lot of people might disagree with me due to the offensive nature of the satire, but I think free speech is only important if it’s offensive: if you’re not going to offend anyone, you don’t need the protection of the First Amendment. “

He added that he is concerned that free speech rights will erode in America, but believes that technology and social media will not change people’s rights to express themselves.

â€œWe pay a price for everything and the price we pay to live in a free society is tolerance. We have to tolerate things that we don’t necessarily like in order to be free. I tolerate Fox News, for example,â€ says Flynt. with a small laugh.

â€œI think magazines are getting outdated,â€ he said. â€œThey’ll always be there for the people who love that coffee table copy of their favorite magazines, but for the most part I think the print media is on the way out, including us for that matter. That’s why we’re going up. with a digital / online version. “

Flynt’s business acumen has managed to grab attention – and readers – to Hustler, which has grown into an empire that includes adult TV channels, 11 Hustler Hollywood stores, strip clubs, and a casino.

He offered money to various celebrities such as Casey Anthony to pose nude, and last year offered $ 1 million for Mitt Romney’s tax returns.

â€œWell, you never know,â€ said Flynt. “I’m a businessman as well as a publisher, and there’s always a fig leaf covering someone that people will want to see part of it uncovered. So we’re doing it as much for a business reason as for a editorial reason.

â€œWe have researched stories that we have deemed important over the years, and the best way to get information is to offer a rewardâ€¦ We have also exposed many politicians about their so-called sexual peccadilloesâ€¦ We want to expose hypocrisy, you know, you say one thing and do another. “

Flynt’s personal life has also often taken center stage. As the 1996 film “The People vs. Larry Flynt” shows, he has been disabled since an assassination attempt in 1978 left him paralyzed from the waist down.

Last week he said Hollywood journalist about her sex life, detailing her use of penile implants and having relationships with other women (“but nothing serious”) while enjoying an “open” marriage with Liz Berrios, his fifth wife.

As for his Tuesday night speech, Flynt promises to deliver a â€œspiritedâ€ speech on the First Amendment and privacy issues. He adds that he does not charge a fee, traveling to central New York at his own expense.

â€œI think if I can offer someone a core of knowledge that could help them in the world, it was all worth it,â€ he says. “I want people to remember that I fought to expand the parameters of free speech in what I think is a good way.”

Flynt’s speech is part of the Distinguished Speakers series from the Newhouse School’s Tully Center for Free Speech. Those in attendance are invited to follow and participate in the discussion of the event on Twitter via the hashtag #FightingforFirst.

The Lazy Geek’s Guide to Building a Home Media Center