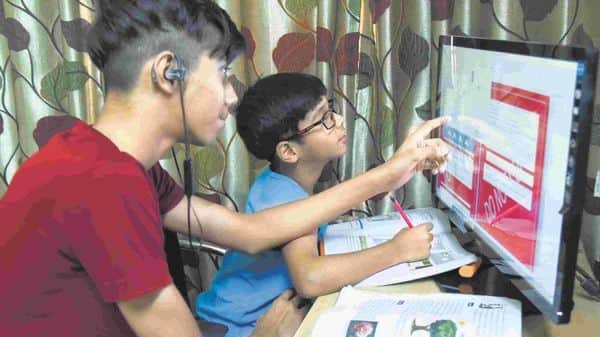 Important news last week did not make the headlines. Devika Balakrishnan, a 14 year old girl from Kerala, committed suicide because she could not attend the online classes. Her school was closed due to the pandemic and she did not have access to a smartphone, computer or television (the government of Kerala broadcasts classes). Like Devika, millions of students across India are struggling because they cannot access educational sessions during the pandemic.

The loss of a school year will have an impact on learning outcomes, human capital creation and income for life. More worryingly, inequalities, which education traditionally reduces, may increase as a result of the pandemic. Students from wealthier and more privileged homes with access to the internet, books, the best devices and supervision will move forward, while students like Devika will be left behind. What can be done?

There is an inexpensive policy solution that the government can easily implement: reduce the barriers to entry into educational broadcasting on radio and television.

India has excellent television penetration, with hundreds of channels in all languages. According to What India Watched 2019, a report by the Broadcast Audience Research Council, 836 million (61% of Indians) had access to television in India. But in terms of content, there is little diversity. Most TV channels fall into one of these categories: soap operas, movies, news, music, devotional / religious, and children’s entertainment, in different languages. But very little educational content is offered on television, even on children’s channels.

The main reason is a high barrier to entry to create a new TV channel. The Ministry of Information and Broadcasting has imposed net worth requirements of ??5 crore for companies applying for a television channel, and ??20 crore for a news channel. TV channels cannot broadcast any content that is unable to generate and maintain high ad revenue. The apparent reason for this policy is to reduce the proliferation of television channels.

But that’s exactly what we need in the educational space: a proliferation of channels. India needs a lot of content to meet the needs of the 400 million school-aged Indians affected by school closures. Channels for different subjects, in different languages, using different teaching methods, for all ages. Superstar teachers, who currently teach in expensive tuition centers, should be able to teach and broadcast at low cost.

Even with the digital revolution in India, not all Indian households can afford a computer, tablet or smartphone. It will take several years to achieve universal digital penetration (currently at 45%). Until then, the poor are excluded. The number of devices per household is an additional constraint. With the exception of children from wealthy families, most do not have exclusive use of smart devices. Unlike smartphones, televisions stay at home for the use of children when their parents go to work.

Indian education policy must create pathways through various media, keeping entry barriers low for both producer and consumer. The cost of producing a video, whether it’s streamed online or on TV, is about the same, and in most cases, can be quite low. It is the cost of distribution that prevents good teachers from teaching it and showing it on television, a result that is more inclusive for poor families. An online educator like Khan Academy, which distributes content for free, could be watched by most Indian students on television. If the government lowered the entry requirements, we could have several Khan Academy TV channels airing overnight because the content already exists.

The same goes for radio, where the barriers to entry are not as high as television, but high for the media. India has almost no niche radio content. Those who can afford the high cost of radio entry need to broadcast film music to as large an audience as possible to generate income. There seems to be no room for other business models, like talk radio, in a country with one of the strongest and oldest oral traditions in the world.

The exact impact of covid-19 will be revealed in the years to come, but there will be some impact of school closings on an entire generation of students, and as always, the poorest and least privileged will lose. most. A small change in India’s broadcasting rules could minimize this damage and make education more accessible.

Education through television and the Internet is not a perfect substitute for a good schooling. But it can serve as a stopgap in the event of a pandemic or natural disaster, and in the longer term, as a complement to weaker schools. The gains from this policy will disproportionately benefit the poorest and least privileged. Students in the worst schools will have access to better teachers at a very low cost. Those who have had to drop out or work and have dropped out of school can take the equivalent of evening classes at home on television. Education policy is not just about opening and running schools, it should aim to make education more accessible. Reducing the barriers to entry into educational broadcasting is one way of doing this quickly and at very low cost to the government.

* Thank you for subscribing to our newsletter.