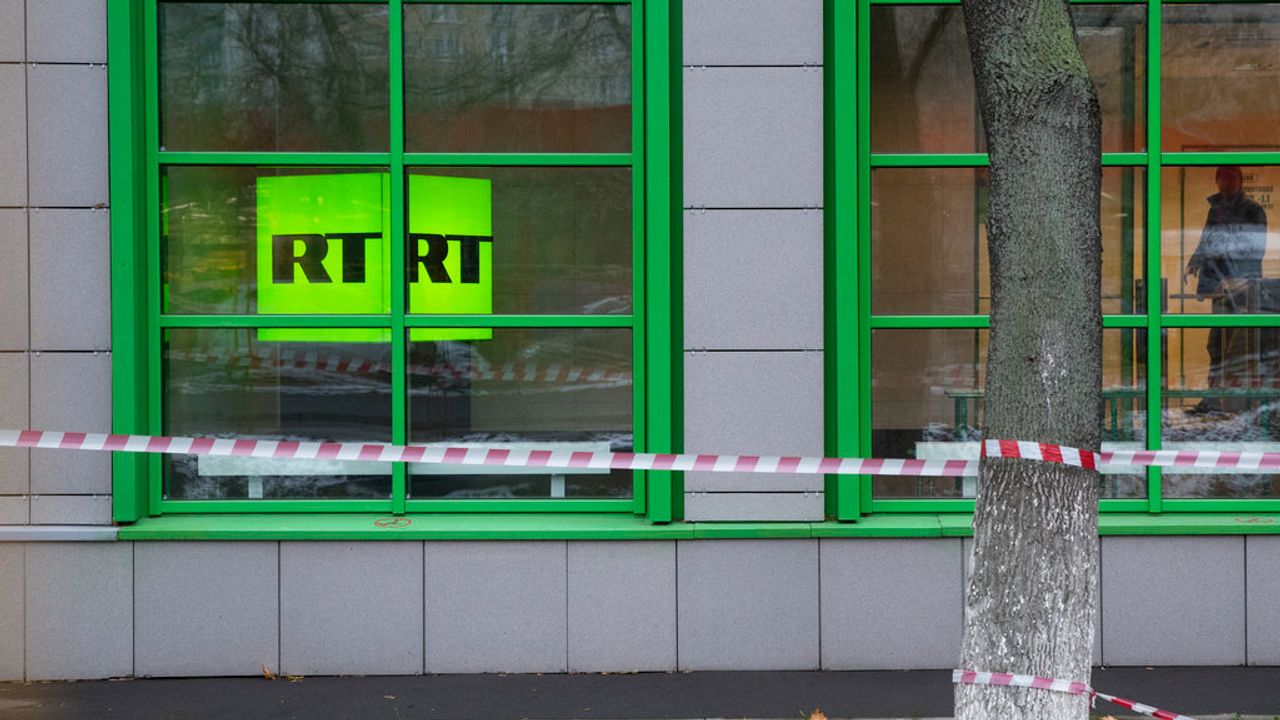 In recent days, censorship measures have been taken by the European Union (EU), technology and social media platforms and streaming services internationally against media sources with ties to the Russian government.

On Wednesday, the EU enforced a ban on Russian state media RT and Sputnik that had been announced on Sunday. The sanctions affect both traditional broadcast signals and all affiliated online platforms and mobile apps.

EU media regulators will monitor compliance with the ban in all 28 countries, with the risk of fines being imposed on any provider that continues to distribute media content.

RT is an international television network funded by the Russian government. It operates pay or free-to-air television channels aimed at audiences outside of Russia, including internet content in English, Spanish, French, German, Arabic and Russian. Sputnik, formerly called Voice of Russia, is a state-run news agency and broadcasting service.

On Sunday, European Commission President Ursula von der Leyen said: “We are going to ban the Kremlin media machine in the EU. State corporations Russia Today and Sputnik, and their affiliates, will no longer be able to spread their lies to justify Putin’s war.

On Tuesday, satellite television and streaming service DirecTV announced that it was removing RT from its list of television programs “effective immediately”. The TV provider, which is owned by media conglomerate AT&T, said the decision was an acceleration of “this year’s contract expiration schedule” which was already under review and set to expire later this year.

A report on CNN Business on Thursday said RT America was shutting down operations and laying off most of its staff. According to a memo obtained by the cable news network, the production company behind RT America was ceasing production at its locations in New York, Miami, Los Angeles and Washington DC, “following unforeseen events in the disruption of activities”.

Additionally, streaming video content hardware provider Roku announced on Wednesday that it had banned RT and Sputnik from its channel store worldwide, after initially removing them in Europe only.

A report on RT – which was available online in the US before the website was shut down on Thursday – included a statement from deputy editor Anna Belkina who condemned the decision and said the outlet’s critics had no “pointed out a single example, a single speck of evidence that what RT has reported these days, and continues to report, is not true.

The EU decision came after a statement released by Ukrainian Deputy Prime Minister Mykhailo Fedorov, who tweeted on February 26 that he had contacted YouTube “to block Russian propagandist channels, such as Russia 24, TASS, RIA Novosti” and claiming that they were full of “poisonous lies”.

On Tuesday, the most popular social media platforms YouTube, Facebook and TikTok also banned RT and Sputnik in Europe. A statement from Google Europe (owner of YouTube) on Twitter, said: “Due to the ongoing war in Ukraine, we are blocking YouTube channels connected to RT and Sputnik across Europe, effective immediately.”

Nick Glegg, President of Global Affairs at Facebook, tweeted on Monday: “We have received requests from a number of governments and the EU to take further action regarding Russian state-controlled media. Given the exceptional nature of the current situation, we will restrict access to RT and Sputnik across the EU for the time being. »

According to a Washington Post article, Facebook had reported on Sunday evening that it had “disrupted a Russian disinformation operation targeting Ukraine, one of the first official confirmations of such a campaign since the invasion of Ukraine last week” and having blocked a hacking group that “tried to compromise the accounts of prominent Ukrainians”.

On Tuesday, Apple announced that it was removing RT and Sputnik from its App Store worldwide, except for Russia. The censorship measures came at the same time as Apple stopped selling its products through the Apple Store in Russia, as well as limiting its Apple Pay and other services.

An Apple representative told CNBC, “We have taken a number of actions in response to the invasion. … [we] have disabled both traffic and live incidents in Apple Maps in Ukraine as a safety and precautionary measure for Ukrainian citizens.

TikTok confirmed to the Post on Monday its decision to ban Russian outlets in the EU. Twitter announced on Monday that it was adding labels and reducing the visibility of tweets containing content from the RT and Sputnik sites.

A label on a link from RT posted on Twitter displayed a message that read, “Stay informed: This tweet links to a Russian state-affiliated media website” and includes a link to “Learn more.” Clicking the link takes you to a page in Twitter’s Help Center that explains its policy on “State and Government Affiliated Media Account Labels.”

Twitter said the tags would be automatically applied to tweets with a URL from a designated state-affiliated media website and would reduce the visibility of those tweets by not recommending them to users and removing them from the feature.” TopSearch”. Twitter also said it would add more state-backed outlets from other countries in the coming weeks.

On Tuesday, Russian government-backed documentary film company Redfish said its pages had been banned in Europe. In a tweet, the anti-capitalist media company posted: “YouTube just banned our page in Europe. IG (Instagram) also banned our account, and we expect a total ban on all platforms soon. But remember how it ended last time for totalitarianism in Europe. Shadow banning is the practice of an online or social media platform of partially blocking user content from certain areas of the community.

There have been other recent acts of online censorship of left-wing and anti-war views, such as Spotify’s removal of a Lee Camp “Moment of Clarity” podcast. Camp, who noted the correspondence between the Putin regime’s invasion of Ukraine and the many wars of aggression waged by US imperialism over the past decades, tweeted: “My ‘Moment of Clarity’ podcast was removed from @Spotify. Let it be known, you can make anti-women, anti-trans or racist content on Spotify, but you can’t be anti-war. It is not allowed.

Camp also tweeted, “So once everything but pro-war American propaganda is banned from TV and the internet, will you feel safe then? Will everything be better then?

The ban on Russian media sources also won the endorsement of Senator Mark R. Warner (Democrat, Virginia), who has long lobbied the tech industry to restrict Russian government-backed publishers to increase censorship. on the Internet.

At a Post Live event on Monday, Warner, who chairs the Senate Intelligence Committee, praised moves to demonetize Russian state media, but said the war in Ukraine has underscored the need for increased regulation. social media in the United States. “We need some rules of the road in the future. Whether in times of peace or war, these companies have unparalleled power,” he said.

After three decades of wars led by the United States, the outbreak of a third world war, which would be fought with nuclear weapons, is an imminent and concrete danger.