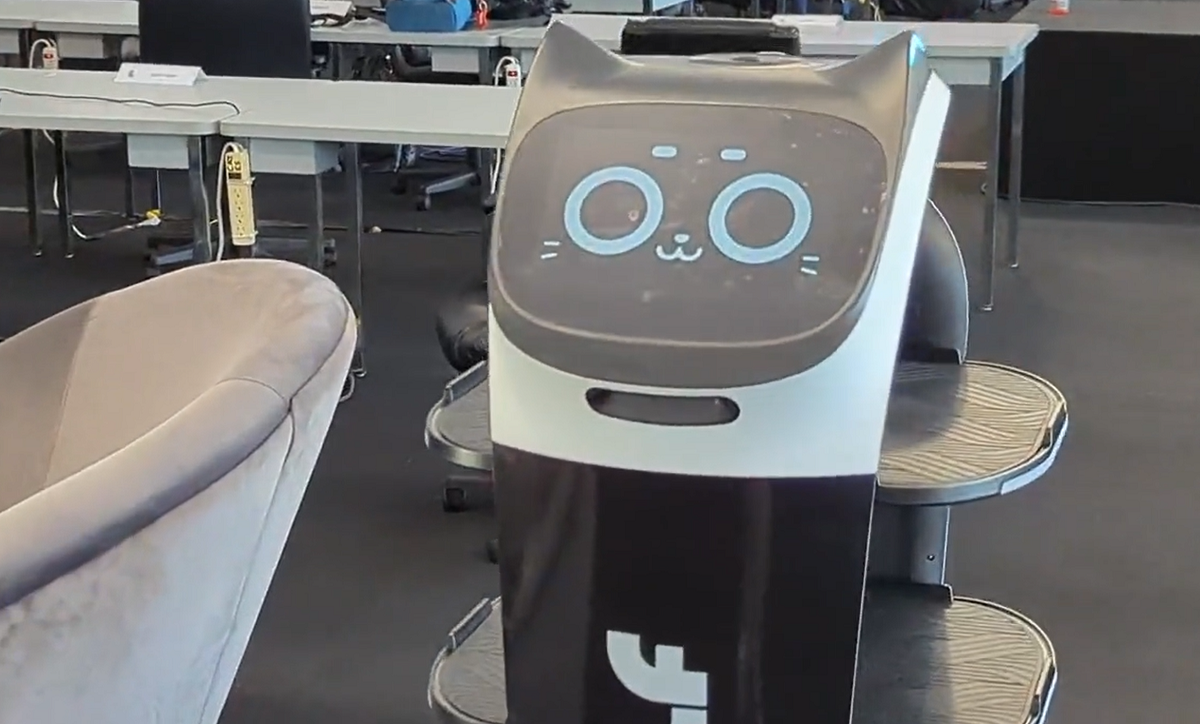 Much of the LIV Golf talk has been more serious, focusing on the human rights implications and the general emptiness of it all.

So let’s focus on something else: the refreshment delivery robot hanging around the media center this week at LIV’s second event at Pumpkin Ridge, outside of Portland, Oregon.

We have already seen this robot; he made an appearance at LIV’s inaugural event a few weeks ago, though he was overshadowed by even more absurdity in the media center, with a reporter being escorted away after asking simple questions .

There is a LIV Golf robot circulating around the media tent and offering drinks while reporters work to classify stories. I am sharing this tweet for informational purposes only, not for #GrowTheGame pic.twitter.com/WBL9JXaEPq

A much better look came earlier, however, from The Fried Egg editor Garrett Morrison. (Full disclosure, though I can’t imagine it’s relevant in this particular scenario: I wrote a few plays for The Fried Egg.)

Also, worth noting: did they fly this thing from the UK to Portland?

This android delivering refreshments is freaking me out. Every time I turn around, he’s there, hidden. pic.twitter.com/T9Ut05nnVY

So it’s time to ask and answer an important question: is this thing adorable? Or is it terrifying on an existential level?

The “answer” part of this is a lot harder, because let’s be clear: in a vacuum, a drinking robot with a cat’s face is objectively pretty cute. It smiles! It is believed to offer refreshment on a hot summer day! What’s not to like?

On the other hand: the eyes. It’s the eyes, right? End of the video, as the robot approaches, the eyes are… are they following us? Are they advancing? Are they watching you slip away? Scan you like in Minority report and cross-checking facial recognition with social media posts that might criticize the real owners of the robot (owners who, uh, aren’t exactly open to dissenting opinions from the media.)

To reach a verdict, we may have to rely more on the observer in person. Garrett takes care of the adorable/horrifying robot in person, and he’s apparently on the creepy side. Even if it’s mostly ironic, it’s good tiebreaker evidence.

Result of the investigation report: the robot is weird.

VantageScore® releases the results of its annual model performance evaluation