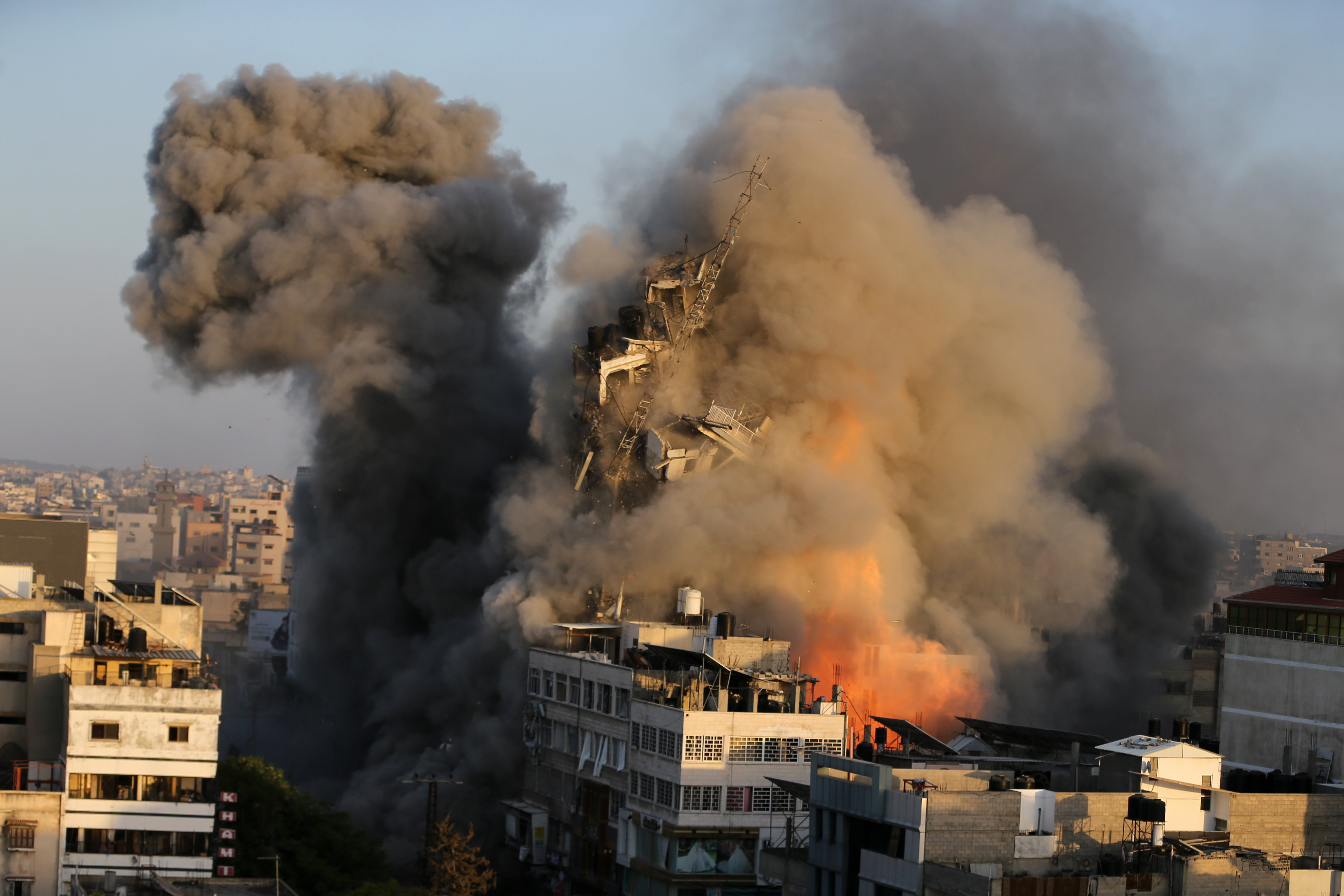 New York, May 13, 2021 – Israeli forces must refrain from bombing the media and must ensure that journalists can work safely and without fear, the Committee to Protect Journalists said today.

On May 11 and 12, Israeli warplanes bombed and destroyed Al-Jawhara and Al-Shorouk office buildings in Gaza City, which are home to more than a dozen international and local media, according to reports, a statement by the Palestinian Journalists Union, and Louay al-Ghoul, union leader in Gaza, who spoke to CPJ through a messaging app.

Residents were warned to evacuate the Al-Jawhara building before the airstrike, and the planes fired two warning shots at the Al-Shorouk building before firing missiles, according to reports. CPJ could not immediately confirm whether journalists were killed or injured in the attacks; these reports said the buildings had been evacuated, but a BBC report said there were unidentified “civilian deaths” in the Al-Jawhara strike.

“It is completely unacceptable that Israel is bombing and destroying media offices and endangering the lives of journalists, especially since the Israeli authorities know the whereabouts of these media,” said CPJ’s representative for the media. Middle East and North Africa, Ignacio Miguel Delgado. â€œThe Israeli authorities must ensure that journalists can do their work safely without fear of being injured or killed.

According to reports published by the relevant media, Israeli planes destroyed the 12-story Al-Jawhara building, which housed the offices of:

The Palestinian Journalists Union and newspaper articles also said that the building housed the offices of Al-Nujaba TV, affiliated with the Iraqi militia Harakat Hezbollah al-Nujaba; the public television channel Syria TV; and the local photo agency APA Images. CPJ could not find any information published by these media regarding the airstrike.

The neighboring office of Qatari broadcaster Al-Jazeera was also damaged by the bombing of the Al-Jawhara building, according to the union’s statement and a broadcaster report.

Israeli forces also shelled and destroyed the Al-Shorouk building, which housed the offices of:

The Palestinian Journalists Union also said Taiff Media was located in this building, but CPJ could not immediately confirm details of the company’s work.

After the article was published, the Israel Defense Forces’ North America office, without naming, responded to CPJ’s request for comment with an emailed statement saying the IDF acted with due respect. international law and made “every effort” to minimize damage to civilians, including giving sufficient warning to evacuate buildings.

In recent weeks, protests sparked in part by the evictions of Palestinian families from the East Jerusalem neighborhood of Sheikh Jarrah in favor of Israeli settlers have led to larger clashes between Palestinians and Israeli security forces, resulting in the deaths of ‘at least 65 people in Gaza and 6 in Israel, according to Reuters.

[Editorsâ€™ note: This article has been updated to include the IDFâ€™s response to CPJâ€™s request for comment.]