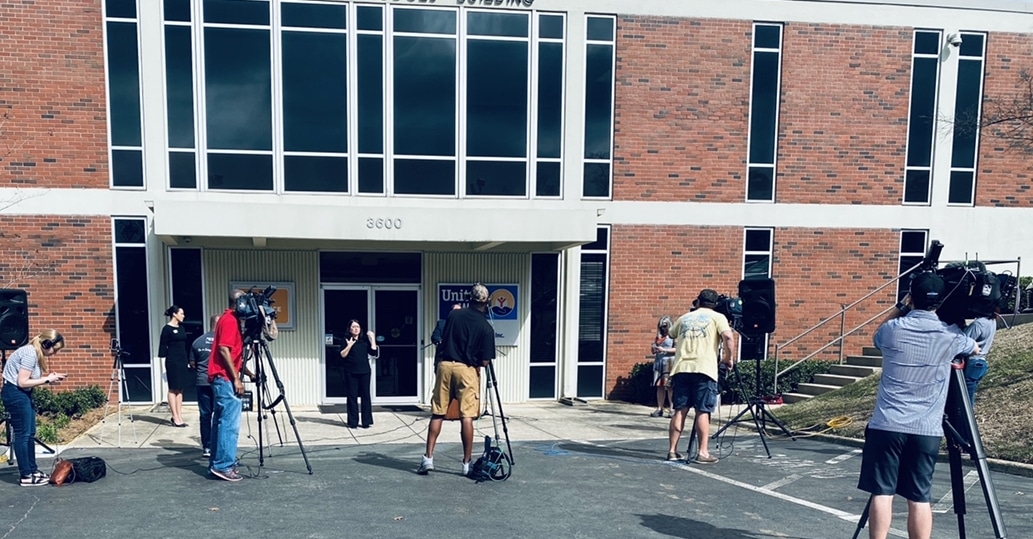 On Wednesday September 30th, something very special is going to happen in central Alabama. For the first time ever, local broadcast media are joining forces to encourage viewers and listeners to support United for Centraide. Learn more about this important event and why you should listen and connect.

During the month of September, local broadcasters participating in Centraide pour Centraide worked diligently to raise awareness and promote the important work of Centraide.

On September 30, all participating stations will ask their audience to make a commitment and donate to this important organization.

This year’s United Way campaign message centers on the immediate response and ongoing recovery efforts in the face of the pandemic and ensuing economic crisis.

United for United Way is not a telethon, but rather an important partnership that will direct attention to today’s unprecedented needs, such as:

â€œUnited for the United Way is an exciting new addition to our campaign. – John Martin, Senior Vice President of Resource Development, United Way of Central Alabama

The broadcast campaign is led by Tom Luckie of Luckie Media. Thanks to Luckie’s campaign leadership, every TV station in the Birmingham market participates in United for United Way. They include:

Dozens of local radio companies will also join the campaign, including:

Serving Central Alabama – Be A Part Of The Story

United Way of Central Alabama serves Jefferson, Shelby, Walker, Blount, St. Clair and Chilton counties providing solutions to the community’s most critical needs. Through partner agencies and community initiatives, they improve community life and conditions by creating and mobilizing resources. Centraide fights for the health, education and financial stability of every person in every community.

Join our local presenters on September 30 during Centraide pour Centraide and make history.

To donate to the Centraide for Centraide campaign, visit Centraide website or text United at 62644.