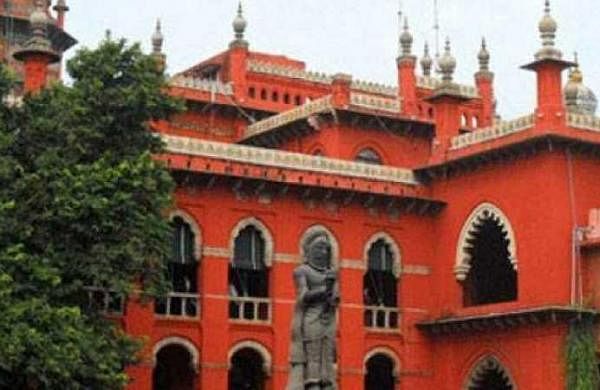 CHENNAI: The Madras High Court on Wednesday issued an opinion to the central government following a plea by the Digital News Publishers Association, comprising thirteen media outlets, challenging the constitutional validity of the 2021 information technology rules.

The first bench comprising Chief Justice Sanjib Banerjee and Judge Senthilkumar Ramamoorthy admitting that the plea marked this petition with a pending plea presented by Carnatic musician TM Krishna, who approached the court a few weeks ago.

The court also granted an interim measure to the association to go to court if coercive and twisting measures are taken under the rules, in particular under provisions 12, 14 and 16 of the rules. .

In particular rule 16 which is an omnibus provision empowering the secretary of the Union’s Ministry of Information and Broadcasting to block public access to any digital information. Therefore, he wanted the court to issue an interim order prohibiting the union from taking action under the rules pending a resolution of the plea, he added.

However, the responding chamber observed that there is no need to issue an interim omnibus order at this stage as no enforcement action has yet been taken against the media.

According to the petitioner, Part II of the IT Rules of 2021 (Due Diligence by Intermediaries and Grievance Mechanism) is unethical to fundamental rights. By these provisions, private intermediaries are invested with excessive power to shape the speech of speech in the country.

In particular, rules 3 (2) (b), 2 (1) (d), 4 (2), 4 (4) are cited according to which intermediaries simply trigger the content while maintaining a low threshold for complaints received about content, self-censorship, lack of opportunities for users to be heard before content removal, restriction of freedom of expression by “automated tools”, violation of user privacy , etc. The strict time limits imposed by Part II encourage intermediaries to censor content, thereby limiting freedom of expression, the petitioners added.

The new IT rules aim to regulate the conduct of entities that do not even fall under the scope of the Information Technology Act 2000, the petitioners pointed out.

The petitioner urged the court to declare the IT rules of 2021 ultra vires, void and contrary to Articles 14 (right to equality before the law and equal protection of the laws), 19 (1) (a) (freedom of speech and expression) and 19 (1) (g) (right to practice any profession or carry on any occupation, trade or business) of the Constitution.