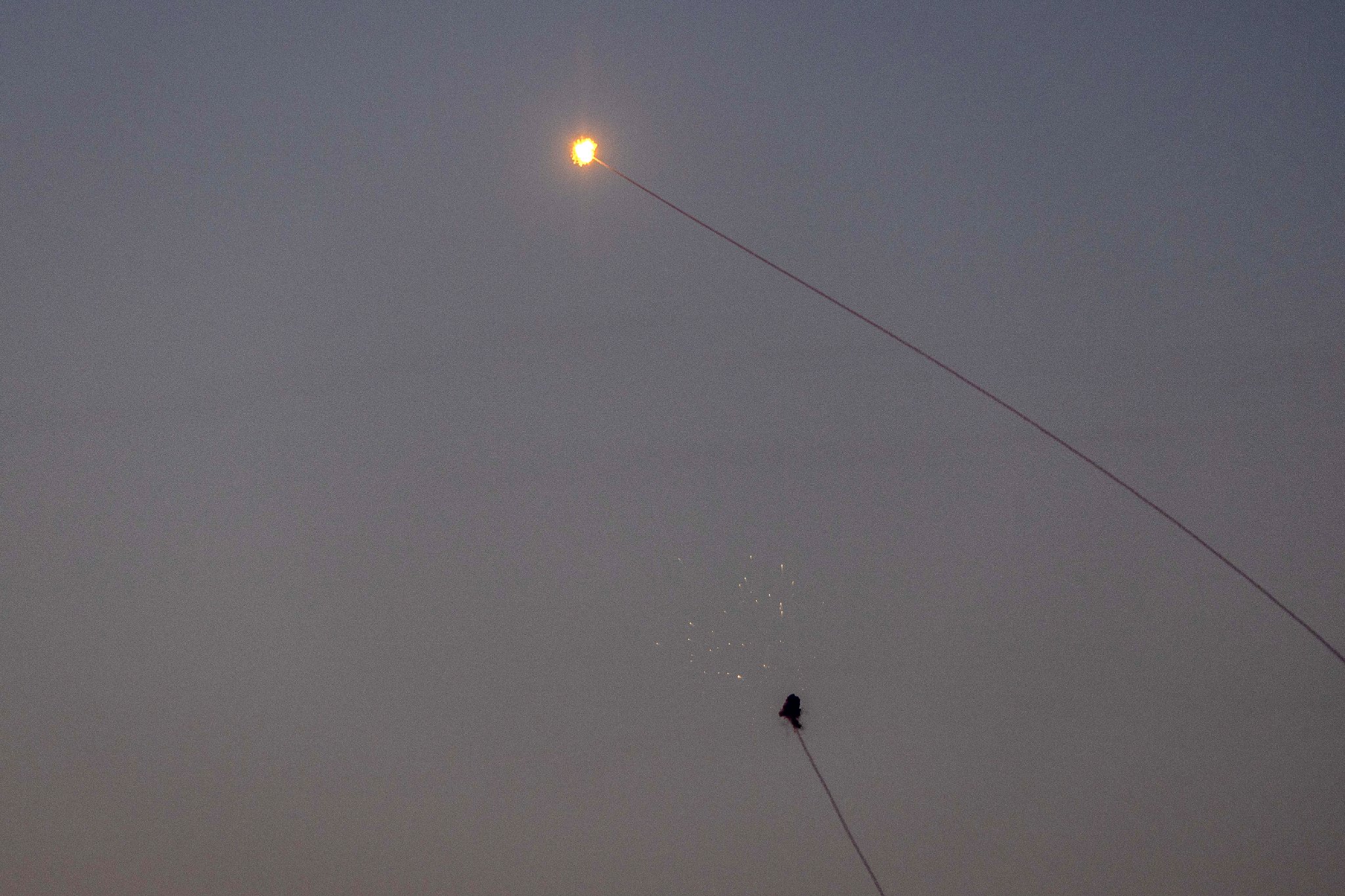 (August 7, 2022 / CAMERA) How many Israelis had to flee rockets fired from the Gaza Strip by the Palestinian Islamic Jihad terror organization over the weekend? It’s an easy question with a simple answer, yet the media giants Associated Press and Reuters reduces 1 million fleeing Israelis to “tens of thousands”, while The New York Times just quoted “thousands”.

Following communication from the Israeli office of CAMERA today, the two Reuters and PA corrected their reports commendably. At the time of this writing, the Time has not yet corrected the information.

(This writer was on her way to Shabbat lunch yesterday when a siren went off, forcing her to run to a neighbor’s house and huddle in their family’s protected room to await the interception of the iron dome. She lives in the central town of Modi’in, 67 kilometers from Gaza. For that reason alone, she was among the 100,000 residents forced to flee to safety.)

Notably, this was not the first time that Reuters makes this identical error. During a series of violence in 2019 very similar to this week, Reuters corrected after similarly reporting that the rockets were “sending thousands to shelters”.

In response to a communication from CAMERA regarding today’s error, Reuters amended the text to more specifically state that “Rocket salvoes paralyzed much of southern Israel and sent residents of cities like Tel Aviv and Ashkelon to shelters.”

Yet, contrary to common journalistic practice, including Reuters‘ own, the news agency did not attach a clarification alerting readers to the change. Additionally, it should be noted that today and in 2019, the corrections avoid stating the actual correct figure – 1 million Israelis on the run – although the original number did indeed include a specific (and erroneous) figure. ) of tens of thousands.

The Associated Pressoriginally reported: “Islamic Jihad fired more than 200 rockets and projectiles at southern and central Israeli towns and villages, disrupting the lives of tens of thousands of people.”

In response to CAMERA tracking, PA amended the text commendably, citing the rockets “disrupting the lives of hundreds of thousands of people”. Its correction, as Reuters‘, was also stealthy, with no attached note alerting readers to the change.

The Times of Israelwho also published the PA history, commendably fixed its copy even before PA did. His corrected copy specifically refers to the rockets “disrupting the lives of more than a million Israelis”.

Meanwhile, The New York Times further downplayed the threat to the people of Israel, erroneously reporting: “An airstrike on Friday killed a senior Islamic Jihad commander in Gaza, and prompted the group to retaliate with several barrages of rockets and mortars that sent thousands of Israelis in bomb shelters on Friday night.”

As of Friday evening, residents of Bat Yam, Holon, Ashdod, Ashkelon, Rishon Lezion and Sderot, as well as all the smaller communities in the Gaza envelope area, had already visited their bomb shelters.

Tamar Sternthal is director of the Israeli office of CAMERA

This article was originally published by CAMERA.