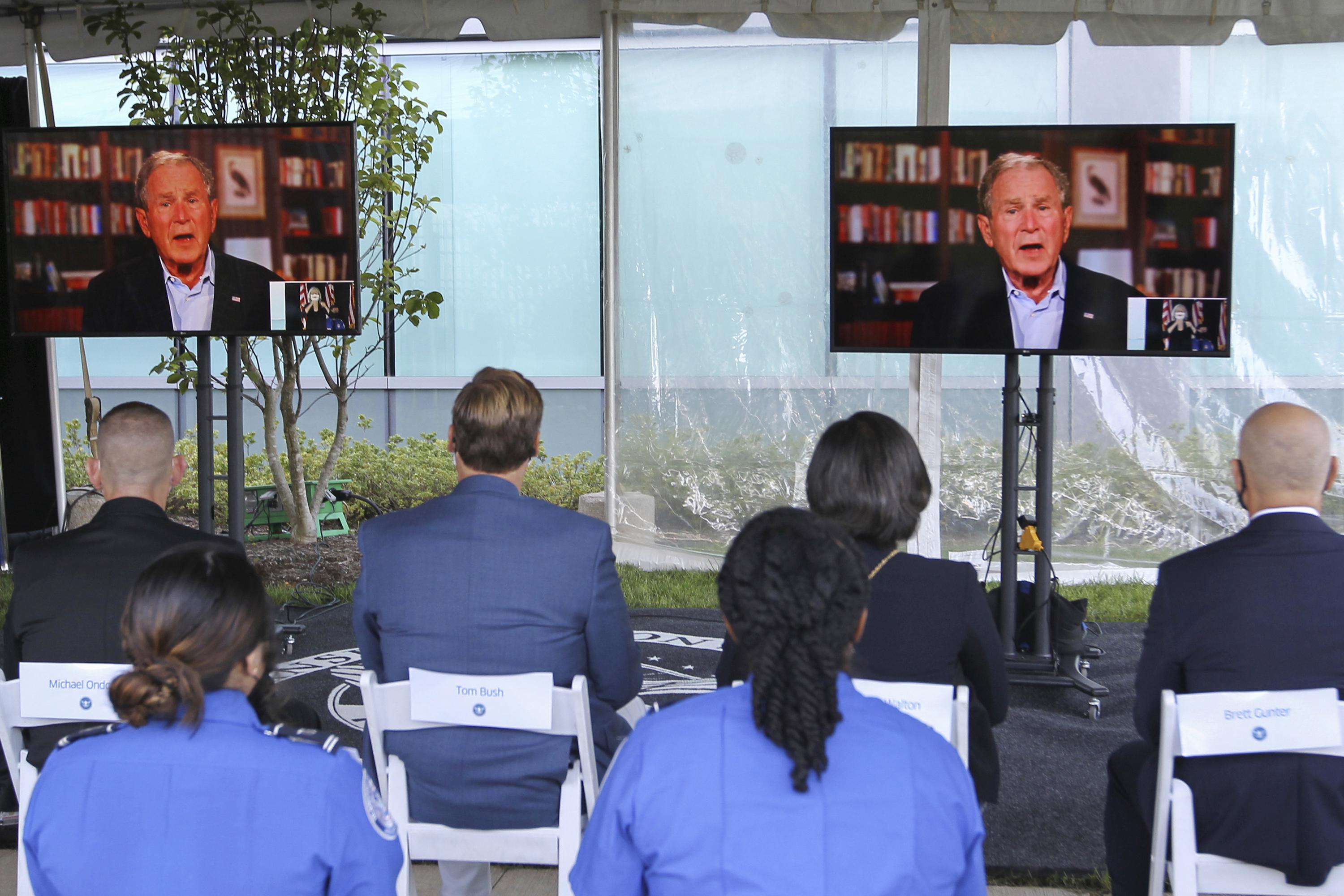 NEW YORK (AP) — Many media outlets exploring the country’s differences, stopping Saturday to mark the 20th anniversary of the September 11 terrorist attacks, recalled almost wistfully the sense of common purpose that united Americans in the aftermath. of this day.

Television news stations gave full coverage of the commemorations in New York, Washington and Shanksville, Pennsylvania, which were attended by four presidents.

“We should savor those moments of togetherness this morning – feel how good it feels,” Fox News Channel anchor Dana Perino said shortly after Bruce Springsteen sang “I’ll See You In My Dreams at the World Trade Center Memorial in New York.

Perino was one of two ex-press aides to former President George W. Bush to anchor media coverage Saturday; MSNBC’s Nicolle Wallace was the other. The networks broadcast their former boss’ speech live in Shanksville. Bush and Vice President Kamala Harris have both called for the return of that long-dissipated spirit of unity.

“On 9/11, we all dropped our labels. We all became Americans,” former Bush chief of staff Andrew Card said in an interview with MSNBC.

Shortly after, former first responder John Feal told MSNBC’s Ali Velshi that “we label ourselves too much. It was great to be a human being” after the attacks.

Selfless acts of sacrifice are what CBS News anchor Norah O’Donnell said she was thinking about on Saturday. “We call them heroes, but they’re ordinary Americans…that’s what’s great about this country, (that) the terrorists tried to take and didn’t take away that day.”

The differences have not completely disappeared. Former New York City Police Commissioner Bernard Kerik tweeted that he was “disgusted” that President Joe Biden was attending the city’s ceremony.

Wallace and his co-anchor Brian Williams twice spoke about former President Donald Trump’s absence from the 9/11 commemorations on Saturday – both times without saying his name.

Trump made appearances at a New York City police station and fire station, and the police visit was covered live by Fox. However, the network broke up and anchor Arthel Neville said that “he missed no opportunity to air his grievances, including claiming the election was rigged, which was not the case”.

Bush’s speech, in which he spoke of the dangers of local extremism, was picked up by journalists. “I think a lot of people are going to be talking about it in the days to come,” CNN’s Paula Reid said.

“They’re still reading the names,” CNN’s Laura Jarrett said shortly after noon, “an almost temporal reminder, if you will, of the loss of nearly 3,000 people.”

But after Springsteen sang, most networks drifted away. The ABC, CBS and NBC affiliates in New York, as is their tradition, have not budged. They listened to the reading of each name, accompanying them with the names and photos of the victims on screen, as well as often heartbreaking personal messages of lives that went on with voids in countless hearts.

It took four hours, until the ceremony ended with tap dancing on the trumpets.

“Twenty years is a nice round number,” said Jim Giaccone, who commemorated his lost brother, Joseph. “But for me and other family members, it’s another day, it’s another month, it’s another year.”