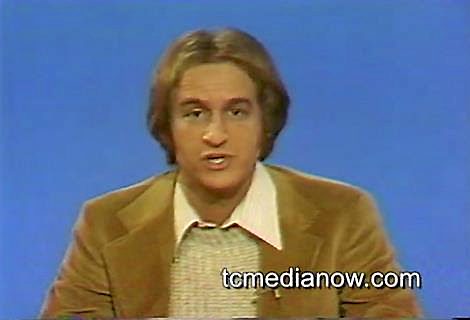 Where do you go if you want to see local TV channel coverage of the 1987 World Series Winning Twins, a KSTP-TV special about the Ice Palace of the 1986 St. Paul’s Winter Carnival, or the cover WCCO-TV’s 1983 “M * A” Series * S * H â€‹â€‹”Finale? All posted on TCMediaNow.com, Tom Oszman’s website featuring classic footage from the Twin Cities broadcast media, as well as other cultural moments, including television commercials from the period.

On Thursday, Oszman and Jack Stahlmann will host â€œNewsapalooza: An Evening of History and Humorâ€ at the Heights Theater where they will present â€œrare, obscure and humorousâ€ local culture and media clips that Oszman has collected over the years. Showing everything from the seedy days of Block E in Minneapolis to blooper on the TV news, the evening also features commentary from a panel of people with roots in TV and radio including Stan Turner, Ron Rosenbaum, TD Mischke, Robb Leer, Neil Murray, Steve Carroll and Brian Lambert.

â€œI get these tapes and sometimes people don’t always pay attention to what they give me,â€ Oszman said. â€œI get a lot of blooper video. There are videos that could give the most esteemed journalists a humorous appearance. And also the 80s resort promos are so funny. There are some pretty funny things that I think people will like.

Oszman was inspired to start TCMediaNow in 2008 after gaining several thousand views on YouTube for some of the local media videos he posted. Since then, its music video collection has grown significantly and TCMediaNow has non-profit status. He provided videos for college classes, documentaries, and people looking for some event coverage. In 2012, Oszman began hosting the weekly radio show “Flashback Twin Cities” on KLBB-AM where he interviewed numerous reporters including Ron Magers, Pat Miles, Bud Kraehling and Barry ZeVan.

â€œI love history and I also love preserving memories and being able to share those memories with people,â€ Oszman said. â€œWhen you watch a video on my website, what I’m trying to do is recreate this story as best I can. I edit the videos I post as little as possible.

All proceeds from TCMediaNow’s “Newsapalooza” event will be used to purchase equipment and preserve the videos. People with a video to give to Oszman can contact him at tcmedianow.com.

Amy Carlson Gustafson can be reached at 651-228-5561. Follow her on twitter.com/amygustafson.

What: TCMediaNow presents “Newsapalooza: An evening of history and humor”

The model behind combining e-commerce with print media products