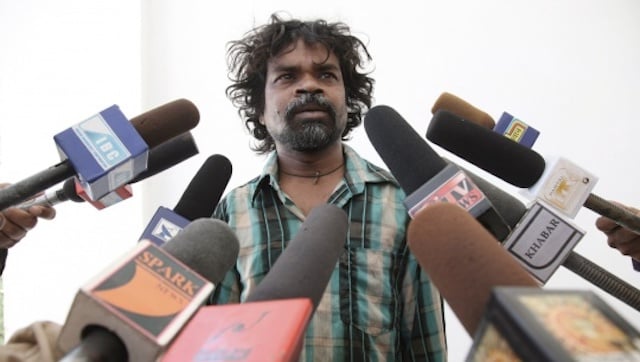 Nightcrawler at Peepli Live, how cinema has portrayed the horrors of audiovisual media over the years-Entertainment News, Firstpost

If your head is spinning from the vitriol and venom that Indian news channels have vomited and spilled over the past two months, you are not alone.

In a scene from Network (1976), Faye, a ruthless television director, imposes the law of the prosecution. â€œI’ve been telling you since I took this job six months ago that I want angry shows,â€ she says, red-eyed. About fifty years later, Indian television is delivering the claustrophobic equivalent of what Faye’s speech would look like, if it manifested itself in reality.

If your head is spinning from the vitriol and venom that Indian news channels have vomited and spilled over the past two months, you are not alone. You are also, let’s reluctantly admit, part of a minority as the popularity of such content continues to grow steadily. This is largely because viewers in India are left to glean and decipher what little they can about the TV news business, from a medium not too different in its own ethical ineptitude – cinema. No wonder the two are in an abusive marriage today that neither can or even want to get out of.

A photo from Sidney Lumet’s network.

Cinema is an imperfect medium, its sociological flaws inherent in the way it is carefully staged and edited. Live TV on the other hand, ugly as it is, is truer. Sidney lumet Network remains historic even after all these years, as it successfully predicted the corruption of television news, a medium that would eventually give in under the drawbacks of what was once its perceived advantage – speed. Like violence, TRP breeds more TRP. Prime-time television was supposed to inherit the rigor and righteousness of its predecessor – the print media – but instead it has wandered into the territory of frenzied entertainment; to the detriment of both the fact and the finesse of the note. In Network, star presenter Howard Beale, who is about to be fired, collapses on live television. His insolent speech, the eternally popular â€œI want you to get angryâ€ speech, unwittingly becomes a hit on the network. It’s more of a sermon than a joint, but it works because, as Faye predicted, anger works better than reason.

Dan Gilroy’s Somnambulist (2014), anchored by a hypnotizing and repulsive Jake Gyllenhaal, is a darker, atomically explicit take on the world of news gathering, the bloody hunt for â€œimagesâ€ and the race to get there first. Gyllenhaal plays Lou Bloom, a cynical loner who decides to film crimes and sell the footage to local networks. Death, violence and pain are not exclusive, but the TV news makes a business of it by capturing them exclusively. This worm-fed-worm perversity is what Somnambulist articulates well, especially through the pessimism of a lean, bony Gyllenhaal in his composure, in perhaps the greatest performance of his career.

Newsrooms can sometimes be so virulent, so arbitrary in their competitiveness, and so eager to leap over the nearest competitive marker, that nothing in its world can be considered a rude hype. There is nothing too absurd these days for a news channel to try and fail. We saw the sets, shared them as memes, and came back for more. The circus, however, does not blame it. It couldn’t and it really is the tragedy that binds the wilds to the newscasters.

Closer to home, the television news has not really been dissected by the cinema with the same acuteness. Things have obviously gotten worse in the papers over the past decade, but the grim self-interest of the TV camera has been a theme since its inception. Cinema, on the other hand, has worked hard to tell the other side of the story. Unkilled Jessica‘s Meera Gaity, for example, is a righteous and beneficent, who will be wearing this crass ethics badge because that’s really the only way to stick to that elusive backbone. The ridiculously dramatic exaggeration of Aziz Mirza Hindustani Phir Bhi Dil Hai (2000) is admirably sensitive to the power structures that direct television news behind the screen. News doesn’t make the news, the film tells us, people do.

When it comes to objectively portraying the deviousness and callousness of television media, perhaps no other movie does more justice than Anusha Rizvi’s. Peepli Live (2010). Set in a village, the film satirizes the alleged suicide of a farmer and the media hysteria that follows. It’s a bit annoying to watch Peepli Live, a decade later, at a time when a high-profile death has been twisted and transformed to whet the appetites of an audience that doesn’t care about migrants who died on the road or farmers in their fields. Peepli Live may sound less serious and amiable on the subject, but that’s because news television itself has moved away from the moorlands of ground reporting. Farmers, workers, the poor are just not interesting enough anymore. The gaze turned to the elite, while the debates now mimic a policy inspired by urban spontaneity on Twitter. Of course, some deaths seem more important than others.

All of these examples unfortunately leave out the conveniently distant bile consumer and, by extension, the patron of news television – the viewer.

Illusion and indifference are a stronger creative force than morality and responsibility. In an episode of Charlie Brooker’s seminal Black mirror, for example, the whole of the UK is plugging in to watch the Prime Minister make love to a pig. It may be crass and gratuitous, but perhaps nothing entertains the human mind more than the visualized degradation of another. Look no further than the most popular reality TV shows in the country today, for the basic gullibility they appeal to. The behavior is incriminating but it is hardly unique and therefore culpable. We are all part of a crowd, even if we participate from our rooms. The fact remains that we watered this poison tree. But now that it no longer gives us the shadow of topicality, reason, or even moral decency, it does not make us any less responsible, and strangely, powerful. Lest we want to forget.