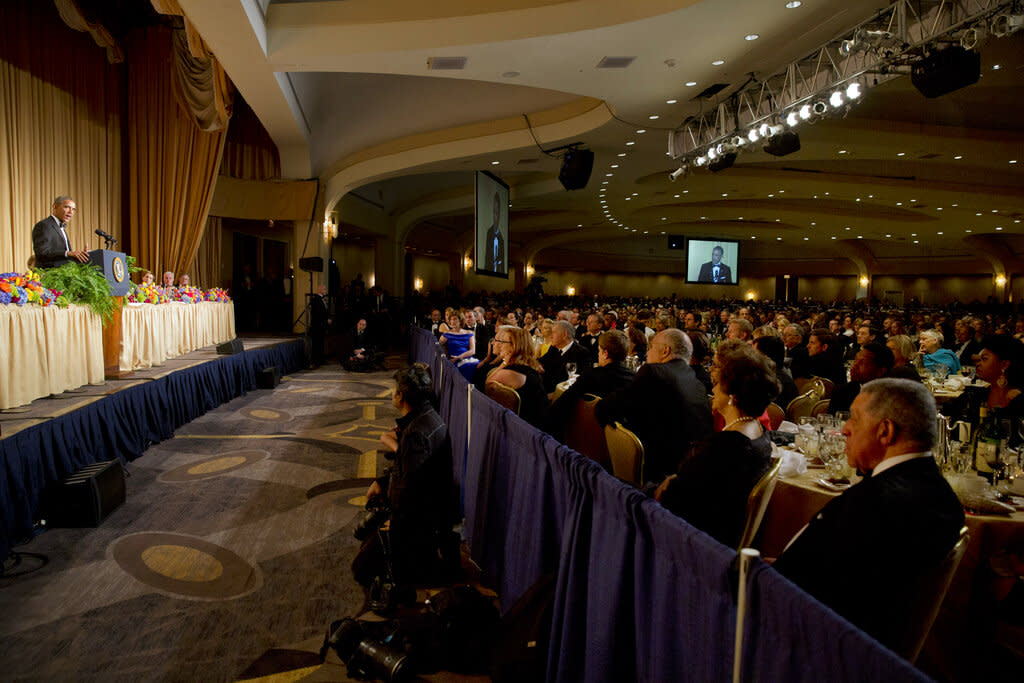 When the White House Correspondents’ Association hosts its first dinner in two years on April 30, it will mark the return of another DC tradition: pre- and post-event receptions, dinners and brunches that have made a weekend of socializing. and chat.

Among the pre-party parties: Funny or Die and People, who will co-sponsor a late-night party at The Reach at the Kennedy Center. Both brands have new owners: Henry R. Munoz, III bought Funny or Die and Dotdash bought People last year and is now run by Leah Wyar and Liz Vaccariello. For both brands, this will be their first WHCD weekend in several years. In 2006, People launched an annual party with Time on Friday night before dinner, and the event became known for its mix of Hollywood celebrities and White House figures, as well as a big swag bag. . But that ended during the Donald Trump years, as concerns grew over his animosity towards the press and not attending the dinner itself.

Then came Covid, which sidelined dinner and much of DC’s social calendar for nearly two years.

Concerns about the spread of the pandemic are still there. The Gridiron Club, another DC media organization, held its annual dinner for the first time since 2019, but that was followed by at least 72 positive Covid cases, including Attorney General Merrick Garland and Commerce Secretary Gina Raimondo. Guests were required to present proof of vaccination, but not a negative test.

After the apparent Gridiron outbreak, the WHCA added to its dinner precautions, with guests now being asked to show proof of full vaccination as well as a negative antigen test on the same day.

“The board’s policy is to prevent anyone who is known be infectious (as indicated by a positive rapid antigen test result) from spreading the virus at dinner,” WHCA President Steve Portnoy wrote in a letter to members last week. “But nothing we do to protect the ballroom can reach the many social events that other organizers organize around our dinner. Keep that in mind.

He added: “Everything we do over the next few weeks involves risk: hanging out with friends, attending briefings, attending Easter Sunday services or the Passover Seder and, of course, celebrating. the First Amendment at our annual dinner.. Each of us must assess our respective risk thresholds before engaging in any of these activities.

C-SPAN has announced that it will be covering the dinner, with C-SPAN.org and C-SPAN Now carrying the red carpet arrivals.

A number of events will have Covid protocols. Funny or Die and People, for example, will follow Kennedy Center guidelines, including proof of full vaccination, and the event will also have a testing requirement.

For the uninitiated, WHCA weekend has been dubbed the “nerd ball,” due to the sometimes surreal mix of LA and DC notables. During Barack Obama’s presidency, the size and scope of dinner events grew, along with a heavy dose of celebrities. That could be the case again this year, as Trevor Noah will be the star performer at the dinner, and President Joe Biden is expected to attend and, as tradition dictates, do a bit of stand-up.

Plans for some parties are still being finalized, but here’s a look at some of the other weekend events. More soon.

Bytes and Bylines, an annual gathering of media, political and tech personalities, will take place at the residence of the Ambassador to Ireland, Daniel Mulhall. The co-hosts are Allen Gannett, De’Ara Balenger, Eric Kuhn, Susanna Quinn, Sarah Kate Ellis and Stellene Volandes. Official sponsors are GLAAD and Town & Country.

CAA is hosting a launch cocktail at the Viceroy Hotel, co-sponsored by Clear and ASP.

UTA organizes a celebration of American journalists in Fiola Mare, co-sponsored by GM.

The Creative Coalition Right To Bear Artistic Dinner will take place at DC’s Lincoln Restaurant, with a performance by KT Tunstall. The event will follow a “day of action” as members, led by Chairman Tim Daly and CEO Robin Bronk, meet lawmakers on Capitol Hill.

Saturday April 30: The Washington Post canceled its pre-dinner reception at the Washington Hilton due to rising Covid cases, but other outlets including Politico and CBS News and ABC News are still planning events. The Daily Beast also canceled its reception, but its editor told Axios this was due to events in Ukraine. Two of their freelancers were shot while covering the war.

Sunday May 1: Robert and Elena Allbritton host their annual Politico Brunch at their home, an event that typically attracts White House officials, lawmakers and business leaders.