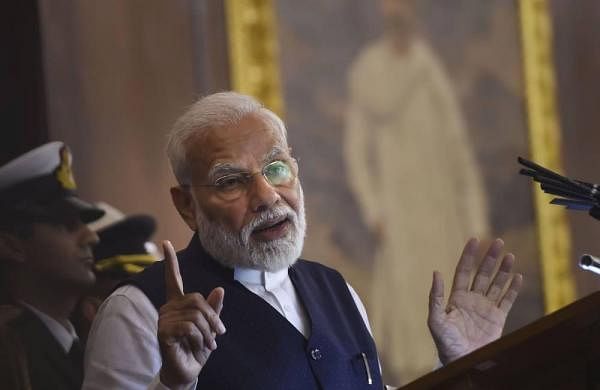 NEW DELHI: Prime Minister Narendra Modi interacted with print media officials via videoconference on COVID-19 on Tuesday and praised the media for their “laudable role in disseminating information”.

According to a press release, Prime Minister Modi interacted with more than twenty journalists and print media stakeholders from across the country.

The Prime Minister said: â€œThe media have played a laudable role in spreading information to every nook and cranny of this nation. The media network is pan-Indian and spread over towns and villages. This makes the media all the more important in tackling this challenge. and disseminate correct information about it at the micro level. “

He added that newspapers have enormous credibility and that a region’s local page is widely read by people. It is therefore imperative that awareness of the coronavirus be done through the articles published on this page.

Informing people about the location of testing centers, who needs to be tested, who to contact for testing, and to follow home isolation protocols is essential. This information should be shared in newspapers and the newspaper’s web portals, the prime minister said.

He also suggested that information such as the location of the availability of essential items during the lockdown could also be shared on the regional pages.

The Prime Minister called on the media to act as a link between the government and the people and to provide continuous feedback, both nationally and regionally.

He stressed the importance of social distancing, calling on the media to raise awareness of its importance, inform people about the state’s lockdown decision, and also highlight the impact of the spread of the virus, thanks to the ” inclusion of international data and case studies from other countries in newspapers.

Journalists and print media speakers said they will work on the Prime Minister’s suggestions to publish inspiring and positive stories.

Prime Minister Narendra Modi will address the nation at 8 p.m. this evening on issues related to the COVID-19 threat.