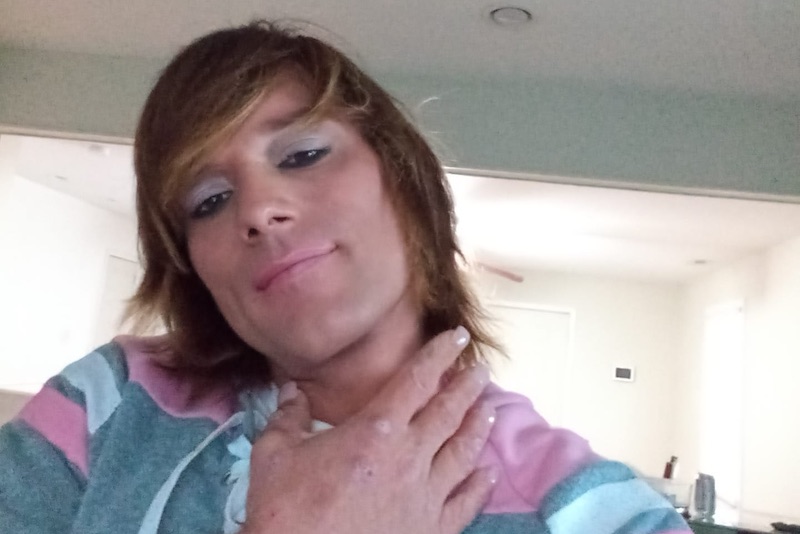 North Carolina police and multiple media have repeatedly “and abused” a transgender woman from North Carolina who was murdered last month, prompting national LGBTQ rights groups to call them for their insensitive to the transgender community.

The body of Jenna Franks, a 34-year-old Jacksonville, North Carolina resident, a transgender woman active at the Onslow County LGBTQ + Community Center, was found by city workers who had been tasked with clean up a ditch in downtown Jacksonville and saw the body in a wooded area. , adjacent to a stream and a local bike path.

According to WITN, an affiliate of NBC, Jacksonville Police said they were treating the case as a homicide, but did not release any additional information about his death due to the investigation.

Those with information on Franks’ fate or his death are asked to contact Detective Kymberly Schott at 910-938-6414 or [email protected], call the Crime Stoppers hotline at 910-938-3273, or send an anonymous SMS with the title “TIP4CSJAX” and the relevant information to 274637 (CRIMES). People submitting tips should refer to file 21-00540.

There is no known motive for Franks’ murder, although activists noted at the time of her death that she was the fifth transgender person to be found dead in North Carolina since January, and at least the 10th person. trans or non-binary killed in the United States. This year.

Last year 44 trans people – the highest number ever documented – were killed in acts of violence.

The first reports of Franks’ murder roughed up her and referred to her by her birth name, which did not match her gender identity.

The Jacksonville Police Department insisted that using it would help lead them to her killer, and news outlets that mistreated her cited the police department’s decision as justification, though most Large journalistic-style books advise journalists and editors not to use the name of a transgender person.

But national LGBTQ advocates have criticized the editorial decisions and contacted local media asking them to revise their reporting.

National organizations also noted that most of Franks’ friends and associates would not have known her by her old name and may be less inclined to provide relevant information if they do not recognize it.

According to LGBTQ media organization GLAAD, several outlets eventually reported Franks’ correct name and gender identity, but failed to correct past stories that misrepresented her. But other outlets continue to deceive her.

“It is unfortunate that local North Carolina media have failed transgender people in North Carolina at a time when accuracy and representation are most needed,” said Serena Sonoma, GLAAD communications coordinator and regional media manager. for the southern region, in a press release.

“The anti-transgender stigma is exacerbated by the callous or disrespectful treatment of some in the media, law enforcement and elected offices,” the HRC said in a statement, noting that previous research it conducted estimate that about three-quarters of all known trans or non-binary victims have been abused by the media, law enforcement, or both.

â€œAt the state level, transgender and gender non-conforming people in North Carolina are not explicitly protected from discrimination in employment, housing, education, and public spaces. North Carolina also does not have a law that specifically addresses crimes motivated by hate or prejudice based on sexual orientation and gender identity, â€the HRC continued.

“We must demand better from our elected officials and reject harmful anti-transgender laws at the local, state and federal levels, while also considering all possible means to make an end to this violence a reality,” the organization concluded. â€œIt is clear that deadly violence disproportionately affects transgender women of color, especially black transgender women.

â€œThe intersections of racism, transphobia, sexism, biphobia and homophobia conspire to deprive them of the necessities to live and thrive, so we must all work together to cultivate acceptance, reject hatred and end stigma for all members of the trans and gender non-conforming community. “