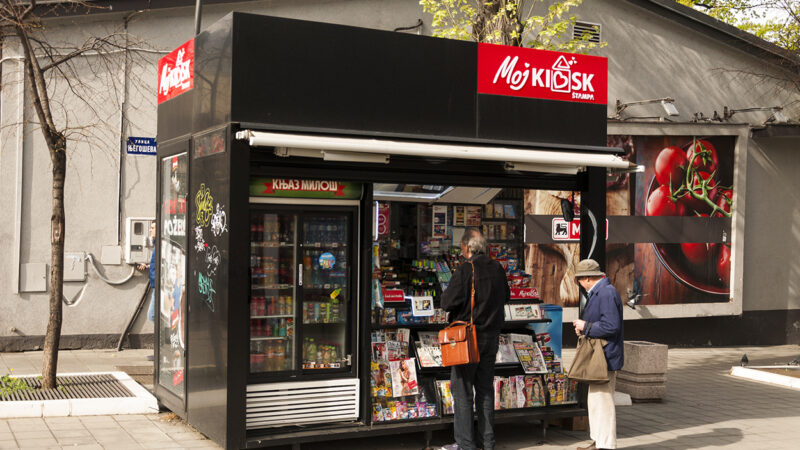 Positive on Russia and China, Negative on EU and US Global Voices

This article was originally published on Istinomer (Truth-O-Meter), a fact-checking initiative of the Center for Research, Transparency and Accountability (CRTA). An edited version is posted below under a content sharing agreement with Global Voices.

In 2021, Serbian media portrayed Russia and China mostly as positive, while the European Union, United States and NATO generally came out negative, as evidenced by monitoring results research conducted by the Center for Research, Transparency and Accountability (CRTA) from December 2020 to November 2021. Key findings from the survey indicated the presence of bias and extreme polarization in coverage, led by broadcasters national frequency that had the greatest impact and reached the most audiences.

The year-long analysis carried out by the CRTA included media content on foreign actors (European Union, United States, Russia, China and NATO) of the 12 most powerful media with the largest number of audience and readership in Serbia: Televisions: RTS 1, TV Rose, TV Prva and TV Happy; daily newspapers: Informer, Blic, Kurir, Večernje novosti and Internet portals: Blic, Kurir, Novosti and B92. Over the past 12 months, the tracking recorded varying tones in the mention of these powers – positive, negative or neutral perception, and the research included comprehensive media coverage of politics, military and weaponry, healthcare health, economy, Kosovo, human rights, culture and the Wars of the break-up of Yugoslavia.

However, it was not only important how many mentions they had, but also what they looked like, what signals about these powers the creators of public opinion, in fact, gave out. If we exclude neutral coverage, NATO trailed with 30% negative media coverage and only 3% positive content. Although first in number of mentions, the United States was second to last in perception – only 4% of content portrayed America in a positive light and 18% was negative. The middle of the chart comprised the EU with three times more negative than positive content.

The first two places were reserved for “Serbian friends”, who could often be heard and seen in the media. China took second place with a good ratio of positive (18%) and negative (6%) statements, while first place went to the most popular Russia with 25% positive statements against 6% negative statements (Figure 2).

The source of negative articles and reports on China and Russia came mainly from foreign media sources, used to report on foreign policy. For example, when US President Biden or an EU representative criticized Russia, while foreign and domestic actors shared the production of negative content about the EU, US and NATO.

What were they talking about?

The theme of politics was the focus of attention for 12 months and foreign powers were mainly mentioned in the context of domestic, foreign and regional policy or European integration.

Second place was unstable, moving from topic to topic. In December 2020 and the beginning of 2021, when another wave of COVID-19 shook Serbia and the world, the issue of health care moved into second place. The main narrative of this period referred to the fact that the EU had not kept its promise and had not delivered the guaranteed quantity of vaccine doses to Serbia and the Western Balkan region, while, from on the other hand, huge amounts had been obtained thanks to China bringing coronavirus salvation during this period.

In May 2021, when with good weather, the pandemic subsided, health issues lost relevance, so the world would continue its war in peace, securing weapons, making alliances between different forces, and army topics took second place, culminating in August in the Afghan crises and the withdrawal of US troops (the US presentation here was overwhelmingly negative).

Until recently, to be precise, until October, the army was the second most represented subject, then the economy drove it out. The analysis showed that energy-related subjects were four times more present in the field of economics than in September of the same year.

Finally, Kosovo-related topics were the least represented, so it was only during the July peaks, when the President of Serbia Aleksandar Vučić and the Prime Minister of Kosovo Albin Kurti met in Brussels, that these topics occupied more media space, notably in September during the dispute over vehicle license plates (Figure 3).

In the context of these topics, the presentation of Russia and China was more positive than negative, while on the other hand, the EU and the United States were mostly negative. The only topic presenting the EU more positively than negatively was the economy. It was observed that donations from the EU, the entity providing the greatest financial support to Serbia, were in fact recognized (Figure 4).

Who wanted to be first?

Aleksandar Vučič, the President of Serbia, was the most prominent political actor in the media, with the most mentions in articles and reports referring to foreign powers, far more than any other government official. This made a huge difference since Vučić was in charge of everything, evident from the fact that the President’s words were quoted 4,444 times in media content monitored with the presence of foreign powers identified.

If we disregard the neutral tone, the President of Serbia was mostly quoted in news programs with positive mentions of Russia and China, and those with negative tones about EU activities and the United States (Figure 6).

What was the media message?

In the media that we monitored, television was the most powerful means of information since the citizens of Serbia mainly received their information through this communication channel. Television, in fact, represented the more radical approach with more contrasting differences between positive and negative coverage.

National frequency viewers were offered the black-and-white image of the “evil West” and the “friendly East”, and the strongest proponents of this world image were TV Pink and TV Happy. Morning newscasts were an important generator of stereotypes as the audience was offered a highly dichotomous view of the world by pro-government analysts, journalists and members of the ruling coalition (Figure 7).

The dailies were no different from their more powerful television brethren, and the loudest voices came from Informer, Večernje novosti and Kurir. The front pages, reserved for the promotion of the government and the continued negative campaign against the opposition, provided fertile ground for creating a negative narrative about Western countries, conveniently referring to opponents as “American mercenaries”, “agents of NATO, etc. pages but also in other columns and pages, an opportunity was not missed to extol Russia and China and to belittle the United States, NATO and the EU (Figure 8).

Finally, internet portals offered a more balanced approach, but with persistent patterns of reporting for one side and against the other (Figure 9).

Since public opinion polls on citizens’ attitudes towards foreign actors monitored these correlations, Russia and China were generally seen as friends of Serbia, attitude towards the EU was ambivalent and hostile towards Serbia. ‘America and NATO, it was evident that in their coverage, the media not only encouraged but educated citizens’ attitudes.