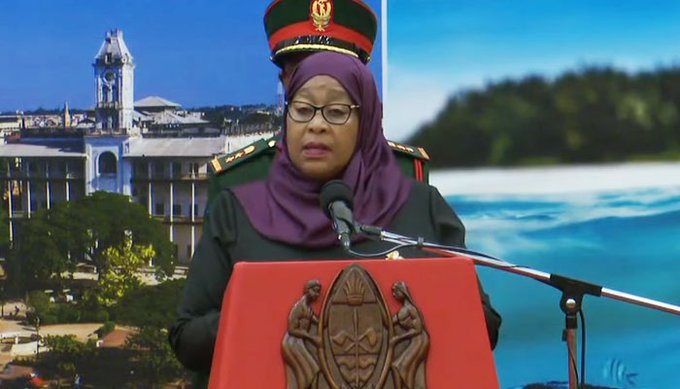 By The Citizen Reporter

Dar es Salaam. President Samia Suluhu Hassan on Tuesday April 6, 2021 ordered the authorities of the Ministry of Information to lift the ban on certain media in a statement that could define her as a Democratic leader who has nothing against freedom of expression.

“I was told that you have revoked the licenses of some media, including some online TV channels. You should lift the ban but tell them to follow the law and government guidelines, ”she said.

She was speaking at an event to take the oath of office for newly appointed permanent secretaries at the State House in Dar es Salaam.

She said that by lifting the bans on certain media, the world would no longer see Tanzania as a country that launches unnecessary attacks on press freedom.

“But make sure whoever gets the green light to operate a media business obeys the law of the land,” she said.

Regulations, she said, must be open and penalties imposed by authorities must comply with the specified offense.

“You shouldn’t ban just because you have the power to do it… Lift bans but make sure they follow government regulations and guidelines,” she said.

Tanzania has a number of laws deemed repressive by media professionals who have seen authorities ban newspapers in recent years.

For example, the Media Services Act of 2016 gives officials the power to shut down media organizations that violate their licenses by confiscating printing machines.

President Samia’s position is a complete departure from that of his predecessor, the late John Magufuli, who formally cautioned the newspapers in 2017.

Speaking at a public rally in Shinyanga in January 2017, Dr Magufuli said “the days are numbered” for newspapers known to incite dissent.

“We will not allow Tanzania to be a dumping ground for inciting (newspaper) content. This will not happen under my administration, ”he declared in January 2017, accusing two newspapers, which he did not name, of seeking to stir up trouble.

“Every time you read them, they’re full of incentive content… their days are numbered,” he said.

The statement shook a number of media outlets, resulting in self-censorship among practitioners.

Similarly, in March 2019, the Citizen Newspaper was suspended for seven days after it published an article that showed the shilling was depreciating against the US dollar.

In the eyes and in the minds of the authorities of the Ministry of Information, the story was serious enough to warrant a seven-day suspension.

Similarly, in 2017, authorities banned four newspapers for what they described as “spreading false information” and “threatening national security”.

The Mawio newspaper was banned after it ran an article that linked former presidents to controversial mining contracts while Tanzania’s Daima was banned for what authorities called “continued publication of false information” after reporting.

Mwanahalisi was banned for two years after publishing an article comparing Dr Magufuli to opposition politician Tundu Lissu, while Raia Mwema was banned following the publication of an article titled “Magufuli’s presidency risks to fail “.

The statement accused the publication of violating the law and professional ethics, and banned its dissemination in the country and abroad.