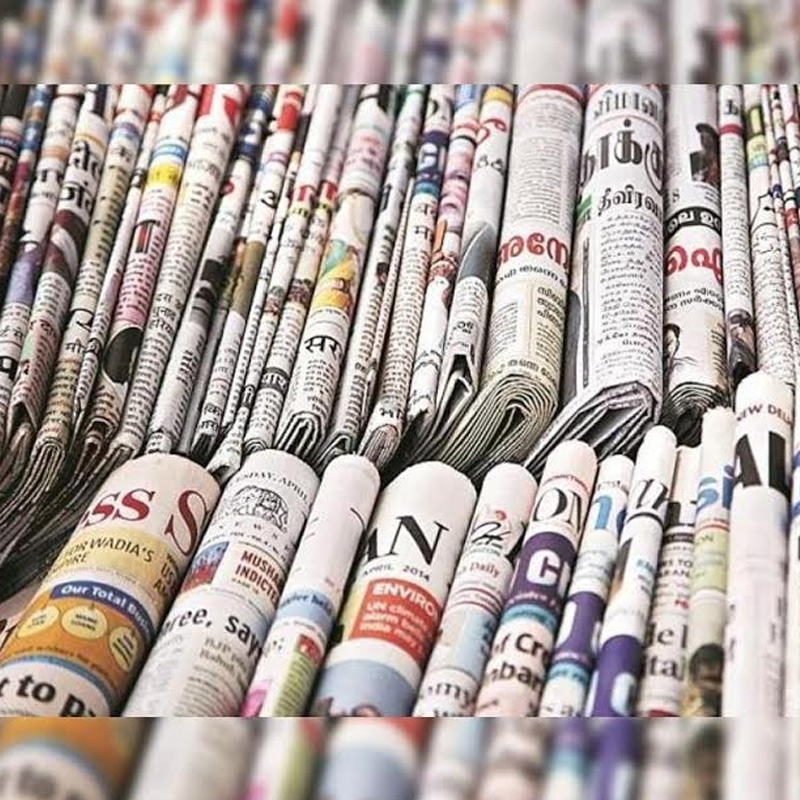 Print media will only hit 75% of its pre-pandemic revenue this fiscal year, report says

New Delhi: Despite growing 35% year-on-year for this fiscal year on a weak base, the country’s print media sector will only reach three-quarters of its revenue for fiscal 2020, according to a new CRISIL report.

While the cost of newsprint remains high, profitability is highly likely to return to 9-10% thanks to strong cost rationalization measures and digitization of content, the report says. The analysis assumes that the impact of the second wave will continue to wane, as currently seen.

According to CRISIL, the credit profiles of large print companies will be resilient, cushioned by healthy liquidity and strong balance sheets, while for others, liquidity management will be crucial, shows an analysis of CRISIL-rated companies which represent around 40 % of sector revenue.

The sector’s revenue of Rs 31,000 crore in the financial year 2020, split 70:30 between advertising (advertising) and subscription revenue, had fallen by 40% in the last financial year amid the first wave. However, it is expected to reach Rs 24,000-25,000 crore this financial year, despite the second wave.

“The second wave impacted ad revenue in the last quarter, as it is highly correlated to economic activity,” said CRISIL Ratings, Director Nitesh Jain, “We expect ad revenue to recover by compared to the current quarter with economic activity picking up to just 75% of the pre-pandemic level this fiscal year, as seen from January to March 2021, before the second wave took hold.

With respect to subscription revenues, the sector is experiencing a structural change with a shift in consumer preference towards digital news, from physical newspapers. This is more important for English newspapers, which have a higher share in metros and Tier 1 cities, where digital adoption is also higher. These companies are therefore focusing on monetizing content by placing premium information behind paywalls and pushing digital subscription along with print subscription. Non-English newspapers, on the other hand, had relatively resilient subscription revenues, even in the first wave, due to their strong foothold in the hinterland.

“We believe that unlike Western countries, print media will remain popular in India. Besides the low cover price and the convenience of home delivery, it benefits from the ability to provide original and credible content and people’s habit of reading physical newspapers,” the report states, according to which, the loss of overall industry subscription revenue this fiscal year should be limited to 12-15% of the pre-pandemic level.

That said, printing physical copies of a newspaper requires newsprint, an essential raw material that accounts for 30-35% of the total cost of print media companies. Over the past six months, newsprint prices have increased by 20-30%

Notwithstanding skyrocketing costs, operating margin is expected to reach 9-10% this fiscal year, 100-200 basis points lower than the pre-pandemic low of fiscal 2020. This is due to cost rationalization measures taken by companies, such as reducing paging, cost of employees and other expenses.

Over the past financial year, retailers have strengthened their balance sheets with equity injections of Rs 2,000 crore, which has reduced the overall debt of CRISIL-rated clothing retailers by 30%.

CRISIL Ratings Associate Director Rakshit Kachhal said: “The credit profiles of major print media companies will continue to be supported by ample liquidity and strong and sustainable balance sheets, with most being net debt free. However, for smaller ones, whose interest coverage has dropped to 1.6x as of March 31 from 2.1x a year ago, the ability to manage liquidity amid the second wave and rising newsprint prices will always be crucial.

US media still beating the drums for the war in Afghanistan