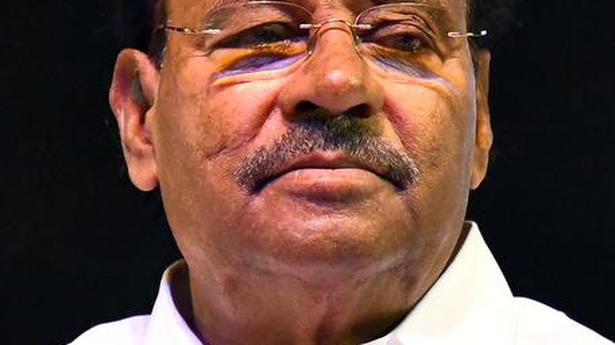 The founder of PMK, in a letter, called for the total exemption from the newsprint tax and the immediate release of overdue payments for Union and state government advertisements, among other measures

PMK founder S. Ramadoss wrote to Prime Minister Narendra Modi on Saturday asking for relief measures for the print media industry, which faces a severe crisis amid the shutdown of the COVID-pandemic. 19 and the ensuing economic downturn.

â€œAlthough India has been successful in preventing the major outbreak of the corona virus, its negative impact on our Indian economy is very difficult to avoid. Therefore, I draw your kind attention, through this letter, to the serious negative impacts that the written press sector is facing, and also ask you to bail them out in this period of economic crisis, â€he said. declared.

Mr. Ramadoss, in his letter, a copy of which was released to the media, pointed out that in the current situation, government advertisements are the only main source of income for the print media.

â€œThe Union and state governments have significantly reduced their advertising spending in the name of austerity measures. This will prevent print media houses from getting government ads, â€he said. On the other hand, from now on, Union and state governments have to pay an outstanding amount of around 1,500 crore to various print media houses, for their previous advertisements, Ramadoss said.

He also urged the Prime Minister to consider measures such as the total exemption from the newsprint tax, the immediate release of overdue payments for Union and State government advertisements and the increase of 100 % of government advertising rate for print media.