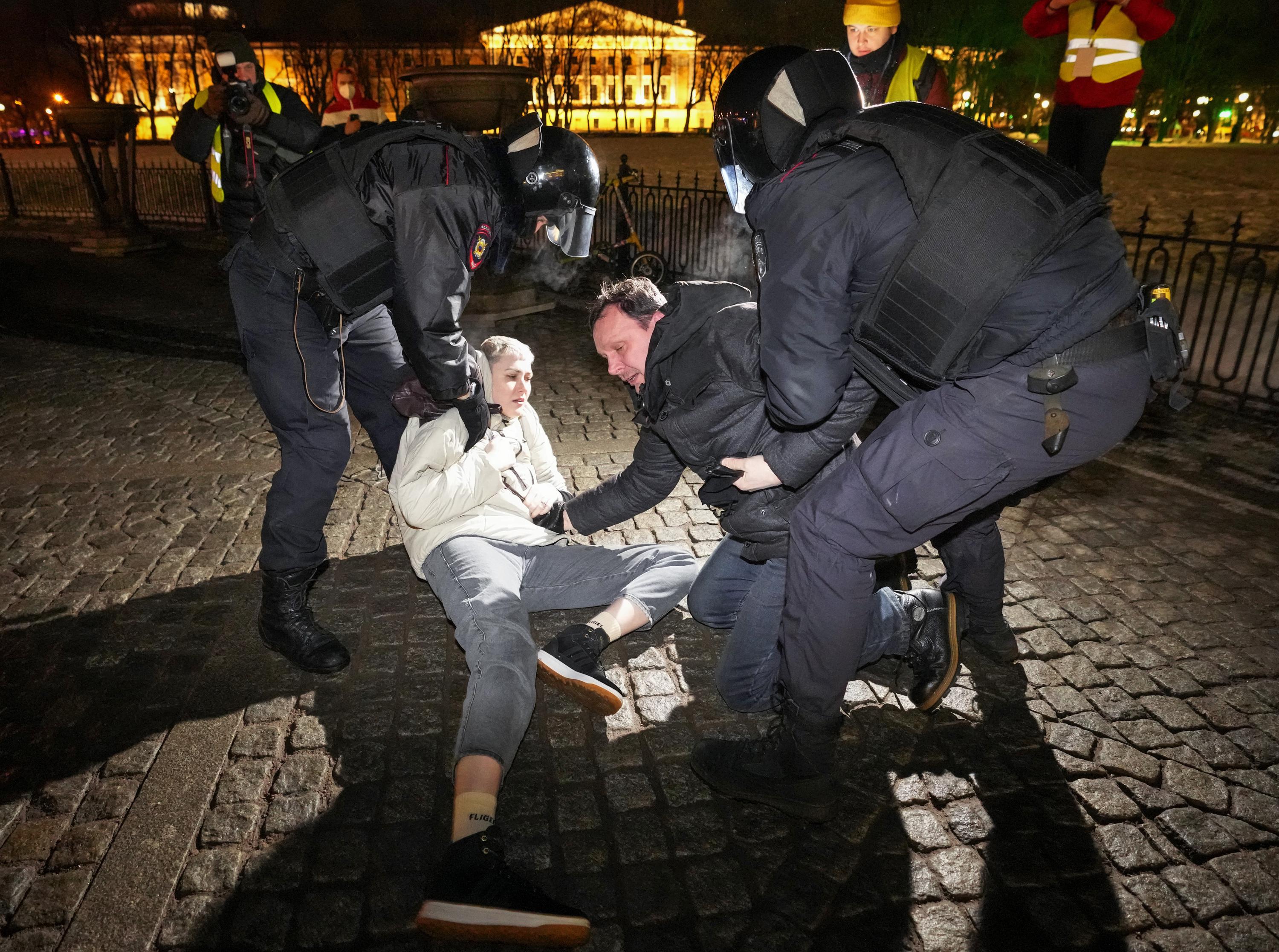 Russia blocks media, others are hacked because of the war in Ukraine

MOSCOW (AP) — The websites of several Russian media outlets were hacked on Monday, with a message condemning Moscow’s invasion of Ukraine appearing on their main pages, while other outlets were blocked by Russian authorities due to their coverage of the war.

The media interference hints at growing anti-war sentiment among ordinary Russians, although it is unclear who was responsible for the hack. It also offers evidence of the relentless efforts of President Vladimir Putin’s government to suppress dissent.

Roskomnadzor, the Russian state media and communications watchdog, blocked several Russian and Ukrainian media for their coverage of the Ukrin invasion.

Russian magazine The New Times, which has been openly critical of the Kremlin, was blocked for reporting details of Russian military losses in Ukraine, which the Russian Defense Ministry did not disclose.

Protests against the invasion have erupted across Russia for four days now, while nearly a million people have signed an online petition calling for an end to the war. Anti-war protesters in Russia have faced mass arrests while authorities have restricted access to social media and threatened to shut down independent news sites.

State news agency Tass, pro-Kremlin newspaper Izvestia, St. Petersburg news site Fontanka and a number of other media sites were targeted in Monday’s attack. The independent news site Meduza published screenshots of a message, signed by the hacktivist movement Anonymous and “indifferent journalists in Russia”, which appeared on the main pages of some of the hacked websites.

“Dear citizens. We urge you to stop this madness, do not send your sons and husbands to die,” the message read. “In a few years, we will live like in North Korea. What’s in it for us? For Putin to enter the history books? This is not our war, let’s stop it!

Access to most websites was restored within an hour of the hack. Tass said in a statement that the post contained “information that has nothing to do with reality.”

Meanwhile, an online petition to stop the war in Ukraine launched shortly after the invasion was announced on Thursday has garnered more than a million signatures, making it the most widely supported online petition in Russia these days. last years.

Since day one of Thursday’s attack, Russians in Moscow, St. Petersburg and dozens of other cities have taken to the streets to protest it, only to be quickly, and often brutally, arrested by police.

On Monday, rights group OVD-Info which tracks political arrests counted at least 350 protester detentions in 13 Russian cities. Over the past five days of protests, more than 6,000 people have been arrested, according to OVD-Info.

In an effort to stifle critical voices, Russian authorities have restricted access to Facebook, which has played a significant role in amplifying dissent. Internet users have also reported problems accessing Twitter.

Russian officials also pressured the media to cover the invasion strictly to the official line and lamented that reports describing Russia’s attack on Ukraine as an “invasion” or ” war” are false.

The website of Current Time, a Russian television channel launched by US-funded Radio Free Europe/Radio Liberty that has been critical of the Kremlin, went unavailable on Sunday after the channel reported receiving a notification from authorities.

Follow all AP stories on the Russian invasion of Ukraine at https://apnews.com/hub/russia-ukraine.

Understanding Your Credit Score: What Makes Up Your FICO Score