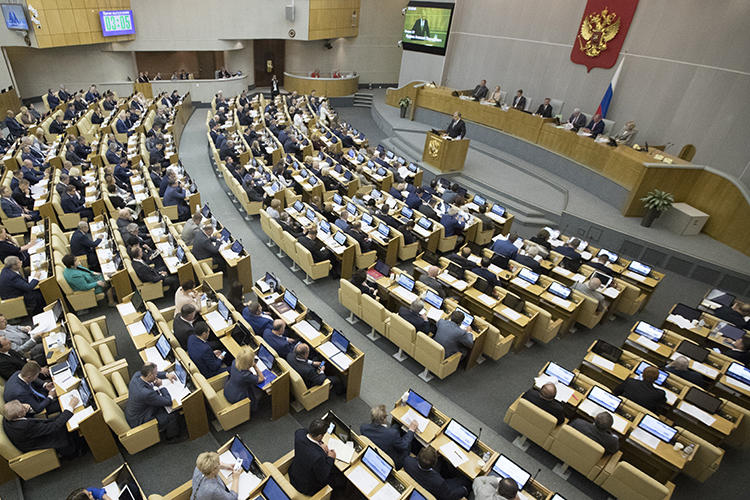 New York, April 4, 2019 – The Committee to Protect Journalists today called on the Russian parliament to drop legislative amendments that would ban the distribution of foreign print media in the country without government permission.

On April 2, deputies of the State Duma, the lower house of the Russian parliament, considered amendments to the Code of Administrative Offenses that would impose fines on individuals and businesses for distributing print media from foreign media without authorization from the Russian state media regulator, Roskomnadzor. , according to a official statement of the Duma and media reports.

For the amendments to become law, they must pass two more readings in the Duma and be approved by the upper house of parliament, the Federation Council, and then signed by President Vladimir Putin, according to Galina Arapova, media lawyer and director of the Mass Media Defense Center, an independent Russian-based organization that provides legal defense to journalists, which has reviewed the text of the amendments and has spoken to CPJ.

“The amendments introduced to the Russian State Duma on April 2 show how the authorities in Moscow are continually scanning the landscape for new ways to strengthen state control over news and information,” said the coordinator of the CPJ’s Europe and Central Asia program, Gulnoza Said. â€œWe call on the Duma to abandon these amendments and the Russian authorities to stop turning Roskomnadzor into a giant government censorship agency. “

Arapova told CPJ the legislation would affect print media sold in the country as well as print materials imported into Russia by individuals. Foreign print media are largely unregulated and subject to specific contracts between the media and local distributors, Arapova said; this legislation would place all these agreements under the authority of Roskomnadzor.

Under the proposed changes, Roskomnadzor would have the power to seize all print media distributed without authorization and penalize businesses, such as newsstands, up to 30,000 rubles ($ 460) for unauthorized distribution of media, according to the Duma press release.

People who broadcast unauthorized foreign print media could face fines of up to 1,500 rubles ($ 23), while fines for public officials could reach 3,000 ($ 46), according to the Duma.

“Newspapers and magazines that people bring for friends or family could potentially be seized in a practice similar to the confiscation of ‘extremist material’ now,” Arapova said. She also said the new amendments did not clarify how the permits would be issued.

CPJ called the State Duma’s public phone number on April 3 for comment and received no response.

On April 2, Roskomnadzor ordered the editorial staff of several news sites based in the city of Yaroslavl to remove reports of the graffiti insulting Putin on the grounds that they were “disrespectful”, the first use of a recently passed law banning lack of respect for government or officials, russian bbc reported.

Facebook and Google have broken down barriers to media delivery, even for mass killers

The benefits of print media in the digital age