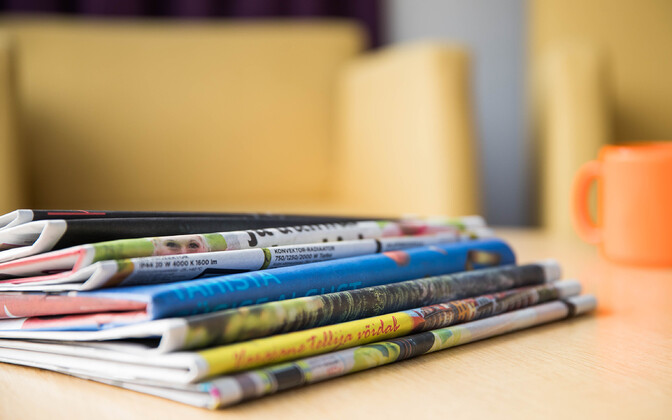 The Covid pandemic has also resulted in an increase in online media consumption and a concomitant decline in print purchases, Postimees says (link in Estonian), while paper shortages are the reason for the rise in prices there.

Andres Kull, the manager of Kroonpress printing, says the price of printing has increased 60% this year, plus an increase in the cost of production.

TÃµnis Peebo, sales manager at Printall, said there could be further price increases, hence the reason why no contracts are made with customers for more than a quarter.

Timmo Lilium, director of distribution and customer service at Postimees, said the group’s paper costs were around one million euros per year, while his printer announced that a price increase of 60 at 70% is expected.

The original piece by Postimees (in Estonian) is here.

Postimees produces several dailies, not only the newspaper of the same name, in Tallinn, Tartu and PÃ¤rnu, but several regional variants covering much of the country, including Sakala (Viljandi County), PÃµhjarÃ¤nnik (Ida-Viru County) and Saarte HÃ¤Ã¤l (Saaremaa and the other islands). Its competitors include Eesti PÃ¤evaleht (EPL), published by Ekspress Grupp, and Ã•hutleht.