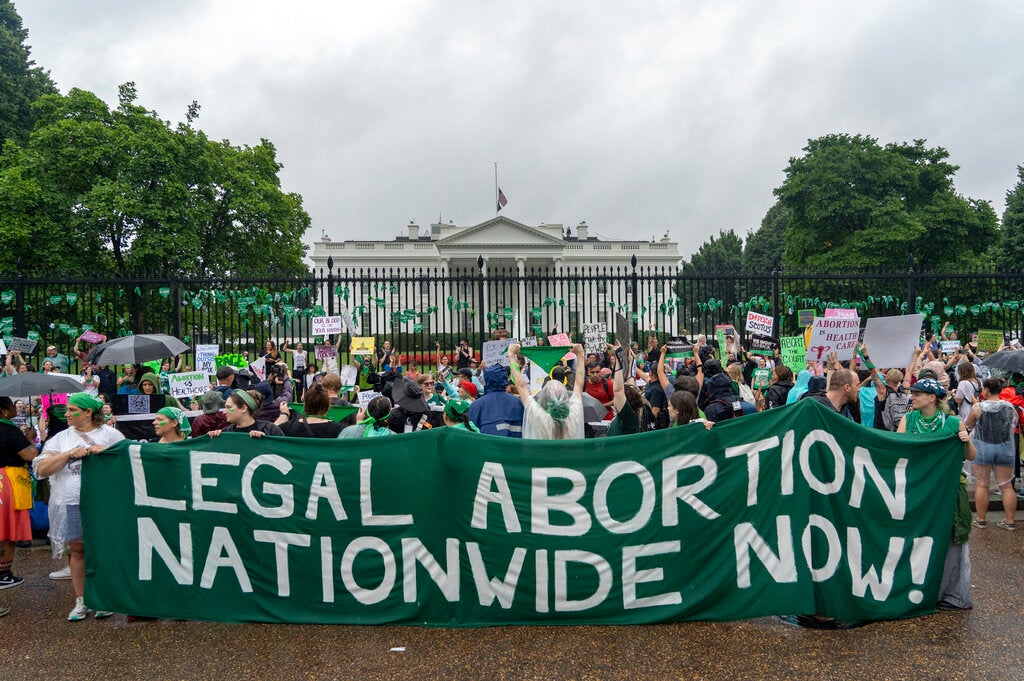 (CNN) — Two Gannett-owned newspapers, one in Indiana and the other in Ohio, have humanized the new American reality on abortion now that Roe v. Wade was canceled. And in doing so, they exposed the inhumanity of some partisan experts.

On July 1, the Indianapolis Star reported that a 10-year-old girl in Ohio was pregnant, and because “Buckeye State had banned all abortions after six weeks,” the girl was brought to Indiana for a abortion. The source was Dr. Caitlin Bernard, an obstetrician-gynecologist in Indianapolis, who said she saw a child abuse doctor in Ohio.

No other details about the girl or the alleged rapist could be obtained, although some media tried. In recent days, after President Biden cited the report and denounced the Ohio abortion ban, many conservative media outlets and Republican officials expressed skepticism about the case, and some public figures have categorically said they didn’t believe the 10-year-old existed. Representative Jim Jordan tweeted: “Another lie. Is anyone surprised?

You know what’s next. On Wednesday, the Columbus Dispatch reported that a man has been charged in the case. According to the police, Gerson Fuentes, 27, “confessed to raping the child on at least two occasions”.

None of the media that cast doubt on the case were present in court for the arraignment. Virtually none of them were even in the state. Bethany Bruner of The Dispatch said she was the “only reporter in the courtroom” when it happened. “It confirms that the case exists,” she added. wrote on Twitter, sharing the link to his story.

Bruner said the dispatch relied on public records to find Fuentes. It’s ‘appropriate,’ Erik Wemple, Washington Post media critic said“that perhaps the biggest abortion story since the SCOTUS reversal of Roe v. Wade is coming from the regional/local newspapers, because that’s where the reporting on this issue will play out for months and years. A brand new test for a beleaguered US media sector.

Right-wing skepticism about the case bubbled up on social media last week and boiled over after Washington Post fact-checker Glenn Kessler wrote about the difficulty of confirming Bernard’s account. On Monday, Fox’s Jesse Watters hosted Ohio Republican AG Dave Yost, who said there was “not a whisper” of evidence such a crime took place. Until Wednesday morning, “Yost was on a media tour, casting doubt on the veracity of the story” and criticizing the Indianapolis Star, Vice’s Paul Blest wrote. Segments on Fox also raised suspicion about Star’s story. The WSJ editorial board called it an “unlikely story from a biased source that fits perfectly with the progressive narrative but cannot be confirmed,” adding, “Megan Fox of PJ Media was the first to report it.”

After the dispatch reported on the suspect’s arrest, Fox offered other reasons for blow up the media, and Watters credited his show for exerting “the pressure” to find the suspect, adding, “we’re glad justice is served.” He pasted Bernard’s picture on the screen and accused her of participating in a cover-up. Then his guest attacked the Indy Star and its “abortive movement”. An hour later, Tucker Carlson strongly implied that the suspect’s identity was shrouded in secrecy because, in Carlson’s words, “apparently the rapist was an illegal alien.” The suspect’s immigration status is now the subject of right-wing media coverage.

The Wall Street Journal’s editorial board attached an “editor’s note” to its unfortunate article and filed a new editorial “correcting the record” on Wednesday evening. And as for Jordan’s “another lie” tweet, well, he just deleted it.

There are so many untold stories

For more on this awful episode, check out NPR’s new report by David Folkenflik and Sarah McCammon. They wrote that it “illustrates the significant issues in both the new abortion legal landscape and reporting at a time of deep political polarization and distrust of mainstream news outlets.”

The Dispatch is ready. Wednesday’s story from Bruner and his colleagues Monroe Trombly and Tony Cook not only contains critical details from the courtroom, it includes the larger context that everyone on either side of the reproductive rights debate must to face. Like this: “An analysis of Columbus police reports filed since May 9 found 50 reports of rape or sexual abuse involving girls 15 or younger.

It’s a nearly daily report, in just one metro area, and certainly a partial count – highlighting a slew of untold stories. The Dispatch story also notes that “the ability of Ohio residents to seek abortion services in Indiana may soon be curtailed,” as Republican lawmakers in the state are expected to pass new restrictions later this year. summer.

10-year-old child is treated ‘like a political chess piece’

Editorial writers and TV masterminds will move on tomorrow, but the people at the center of this case will be changed forever.

Washington Post columnist Alyssa Rosenberg made a very important point here: “Even though the girl in Ohio remains anonymous – and national media attention, the arrest of her alleged rapist and her naming in the press means that it seems unlikely – she will one day know that she herself, aged 10, was not treated like someone the whole nation had an interest in protecting, but like a political chess piece. Shame on the nation, she says, “who put a 10-year-old child in the worst possible circumstances through a needless ordeal and then argued over whether she was a hoax.”