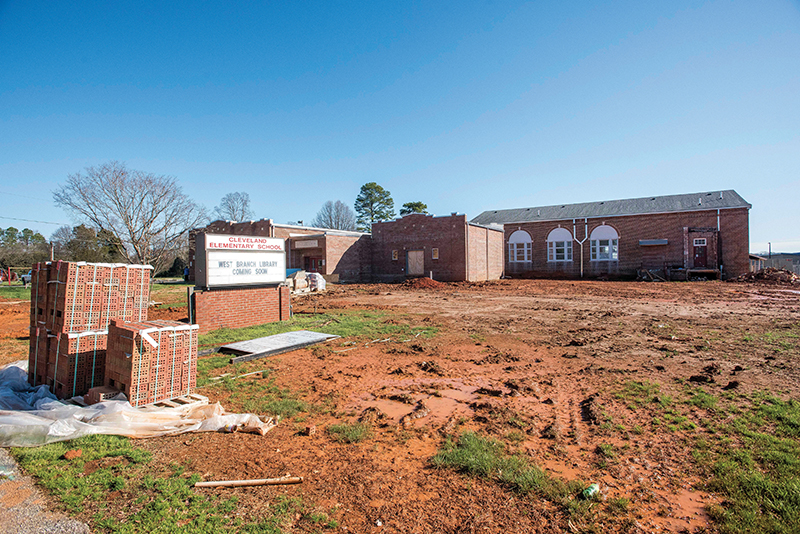 Library director Melissa Oleen said construction is expected to be completed by the end of this month, with the library scheduled to open in May.

â€œThe bottom line (about the west branch) is that this is a complete library. Sometimes at branches not all services are available, but this one will have all you can get at the Salisbury Library ‘head office, Oleen said.

The Western branch will offer wireless printing, printed books, computer labs for adults and children, a children’s area and special programming. There will be free Wi-Fi in the field and high-speed internet in the library.

The library will have five staff, a professional librarian with a master’s degree, a full-time branch associate, two part-time associates and a part-time page.

Oleen says the library will be open 40 hours a week, especially on Sundays when other branches are closed.

â€œI thought it was important to have a library open on Sundays,â€ she says.

She envisions students using Sunday afternoons for homework at the library and for families to spend time together.

The library will use shelves from the Cleveland Elementary Media Center in the kids’ area as well as new metal shelves. It will have a green color theme, “because when I think of West Rowan, I think of green, the things that grow, the farms,” â€‹â€‹Oleen says.

The library and a meeting room will be connected by a reception hall with a toilet and a small kitchen. The auditorium will be separated into three rooms, the largest of which can accommodate 150 people. The other rooms will accommodate 25-30 people, with tables in these rooms.

The branch will have modern furniture, study tables, comfortable reading chairs and space in the children’s area for adults and children to sit.

The collection of books will be brand new, with no books older than two years. A few exceptions will be some classics from the past. The trend in libraries now, Oleen said, is to focus on popular materials. The branch will have books for children, teens, young adults, large print and non-fiction.

The branch will be roughly the same size as the East Rockwell branch, but it will be on one level. The library section will be approximately 3,400 square feet, the auditorium approximately 5,000 feet, plus a lobby / washroom.

Oleen said she plans to have a local artist paint a mural in the children’s room and use photos of the area in the lobby, depicting West Rowan’s life.

Oleen said the 1927 building was in fairly good condition, that there was just a little lack of insulation in the auditorium, but that there were no major construction issues other than frequent rains.

Ramsay Burgin Smith Architects designed the project and the contractor is Vertex Construction Co. LLC. Both are Rowan County businesses.

In addition to the library, meeting rooms and auditorium, the West Branch will have a park that was the playground and green space around Cleveland Elementary. The library will maintain the space. Already, it has a basketball court and a few swings. It will be a place for families, and the library can allow children to discover various balls to play in the park.

The western branch will have a special limited edition library card, with a photo of the new branch on the front.