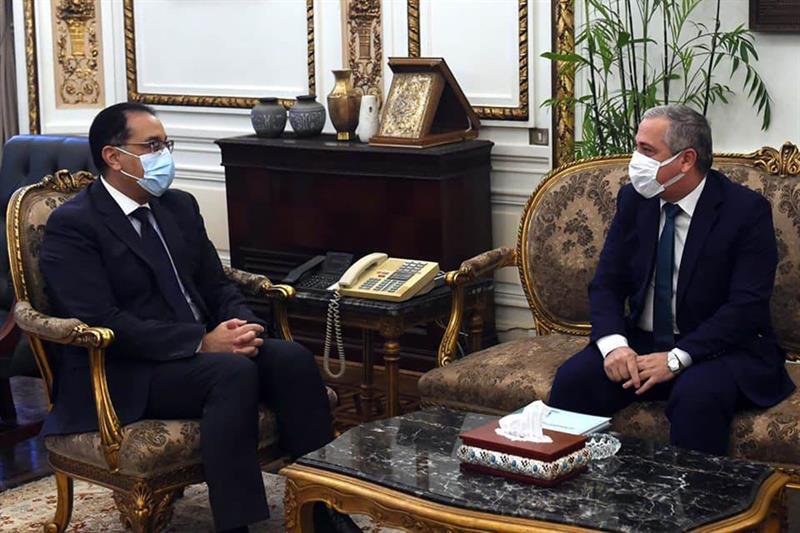 Prime Minister Mustafa Madbouli said Egypt’s national news outlets did a good job in 2021 despite the negative impact of the coronavirus pandemic and unfavorable financial conditions.

“In 2021, Egypt’s national news outlets played a leading role in raising awareness among citizens about the dangers facing the country,” Madbouli said. “The national newspapers were keen to spread facts, dispel rumors and publish important information about national development and service projects being implemented in Egypt.

Madbouli added that reports and articles published by national news outlets in 2021 have also helped the government to take the pulse of citizens and take note of the issues they face in their daily lives.

Madbouli’s statements came during a meeting with Abdel-Sadek Al-Shorbagi, president of the National Press Organization (NPO), on January 1.

Al-Shorbagi briefed Madbouli on the financial situation of national news organizations and the challenges they face in 2022. His briefing highlighted efforts to cut expenses, minimize losses and implement more streamlined governance measures .

Al-Shorbagi revealed that a committee made up of eminent journalists, writers and thinkers was formed in 2021 to streamline the content of national newspapers and provide them with information and statistics on national development projects carried out by the government, in particularly the presidential initiative for a decent life. .

Al-Shorbagi reported that in 2021, the NPO focused on doubling the revenue of national news organizations to generate funds for training and automation programs.

Addressing Al-Ahram’s energy conference a week ago, Al-Shorbagi said national media outlets were an integral part of Egypt’s soft power and their role should be to help preserve state and to support the construction of a new republic. He called on state institutions to help news organizations solve their financial problems and move them forward.

In the current year, Al-Shorbagi said, media outlets will implement more reform and restructuring measures. “Our goal is to help these organizations make optimal use of their assets, improve their financial and administrative systems, and invest more in their online news websites,” he explained.

Editors and chairmen of the boards of national news organizations say the 2020 and 2021 pandemic has hit them hard. Emadeddin Hussein, editor of the independent newspaper Al-Shorouk and a member of the Senate, said newspapers around the world, not just in Egypt, face huge challenges and the growth of electronic and broadcast media has led many international media to abandon their print editions.

According to Hussein, in 2014 “a major national newspaper like Al-Ahram sold more than a million copies on Fridays whereas today no newspaper, national or private, sells more than 350,000 copies a day”.

Abdel-Mohsen Salama, chairman of the board of directors of Al-Ahram Establishment, told Sada Al-Balad TV channel that Al-Ahram’s advertising revenue has increased from LE 2 billion in 2014 to almost LE 900 million in 2021.

Salama pointed out that social media, in particular, has become a major source of news, and it is a global phenomenon that all news organizations face. “Al-Ahram’s strategy,” he said, “is based on the principle that there should be cooperation between print and digital media, not conflict.” They should complement each other, which is why, according to Salama, Al-Ahram and other major Egyptian news outlets have created electronic portals and social media pages.

Salama believes the future success of print media will depend on its ability to develop news content and cited the New York Times and Washington Post as examples of print editions that remain profitable despite fierce competition from digital media.

Hussein believes Egypt’s national newspapers could once again become a dominant force, but only if they are independent and free. “If these media continue to be seen as mere mouthpieces for the government, they will lose even more market share to digital media,” he said.

Salama revealed that although Al-Ahram’s electronic portal and social media pages attract more readers than the daily, the organization plans to expand its international print edition in response to demands from readers in the Arab world and overseas. ‘Europe.

Alaa Thabet, editor-in-chief of Al-Ahram, said the meeting between Madbouli and Al-Shorbagi made it clear that the government was committed to helping these national organizations overcome their financial difficulties.

According to Thabet, national news outlets cut losses by 10% in 2021 despite the finance ministry halving its financial support over the past six years. Government support covered 90% of salaries and expenses in 2014, figures that fell to 33.5% of salaries and 22.5% of expenses in the 2020-21 financial year.

*A version of this article appeared in the January 13, 2022 edition of Al-Ahram Weekly.

Why omicron is changing the way the media reports COVID data