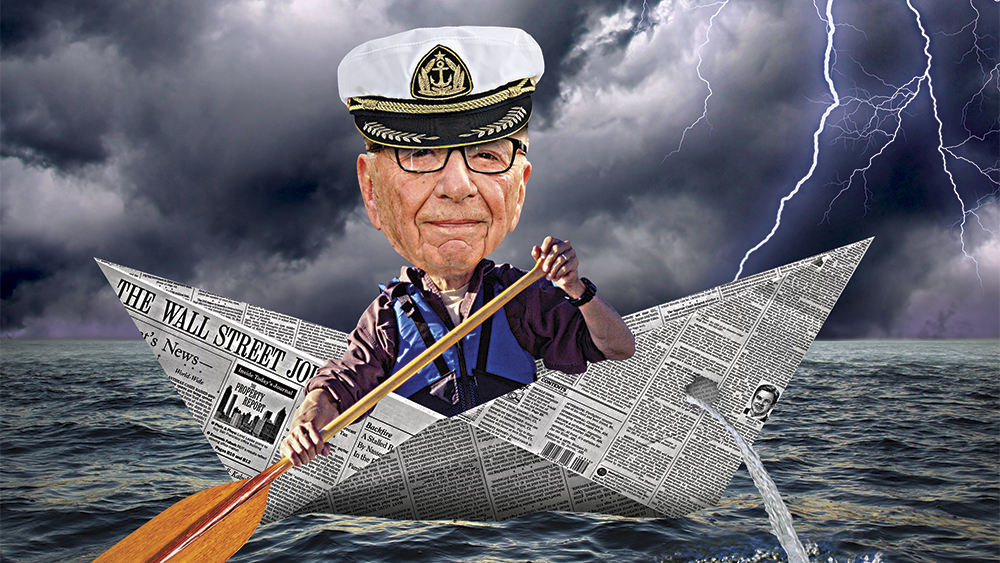 Nowadays, business names have become more and more misleading. Time Warner, for example, appears to be a misnomer, as all of its Time properties have been spun off as of this week into a new publishing entity – one with an exciting future. Meanwhile, News Corp. should be renamed “body stuck with the news” because Rupert Murdoch flipped all of his profitable television and film units into 21st Century Fox, leaving his newspapers and books to wallow in print hell.

These financial maneuvers make strategic sense from the point of view of the tycoons and their calculators. Why should HBO and Warners be burdened with the dwindling fortunes of Time and Fortune? And why should stockholders reveling in the surprise success of Fox’s “The Fault in Our Stars” be reminded that Rupert’s favorite toy, the New York Post, is losing $50 million a year?

The catch, of course, is this: can these newly created all-print entities sustain themselves in the financial market? Moreover, is it socially or financially responsible to ghettoize the written press?

The circumstances of each company are radically different, even if they are at the same time substantially the same. On the whole, magazines lose the attention of their readers. Time’s operating profits alone have fallen 41% since 2011. People’s newsstand sales have fallen nearly in half over the past five years.

Still, talk to senior executives at Time and they’ll tell you that all of their magazines are basically profitable — if not as profitable as in previous years. In short, business is healthy, but the climate is threatening. “The fundamental question in the magazine business is how fast will the iceberg melt?” said a senior Time executive.

Last week, I strolled through the venerable Time Building, a 1950s structure that embodied the grandeur of founder Henry Luce’s vision. In the past, the egos of Time editors and executives were such that they asked their secretaries to make appointments, even when they saw each other – appointments were forbidden. Everyone, even mid-level editors, was going home by limo.

Today, Time CEO Joe Ripp is a tough-minded financial guru (formerly vice-president of AOL). He and editorial content manager Norman Pearlstine, a revered former editor, face a tough mandate: they must drastically cut costs and find new
revenue streams in video, digital and other emerging advertising sources. As a standalone business, they could also acquire a new entity — but not one that could compete with other Warner units, such as HBO, which made $1.8 billion in profits last year. Yet cable TV would normally be an outgrowth for a magazine company.

All of this must be accomplished under careful scrutiny. Time magazine was criticized last week for selling advertising on its cover for the first time – a Verizon ad so small it was hard to spot without a magnifying glass.

The new Time begins life with $1.3 billion in debt, a stark contrast to Murdoch’s print toys, for which the mogul effectively provided a $2 billion cash cushion a year ago. Given his deliciously anachronistic passion for newspapers, Murdoch might even acquire new stakes – the News Corp portfolio. includes properties such as Nantucket Today and the Sunday Tasmanian, as well as newly acquired HarperCollins Publishing Co. and Harlequin.

Murdoch’s deals with BSkyB and SkyEurope could net him up to $9 billion in acquisitions, and the 82-year-old tycoon’s track record suggests he won’t be sitting around counting it.