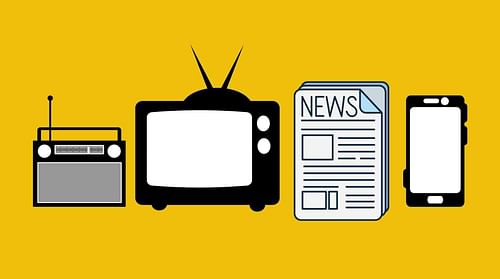 While the personal health care industry saw growth in advertising volume across all media in Jan-May 21, print media saw the highest growth at 95%. According to TAM AdEx data, the radio sector’s ad volumes increased 93% between January and May 21 compared to the same period of the previous year. Meanwhile, the Personal Health sector’s ad volumes on television increased 86% between January and May 21 and a 50% growth observed in the sector’s ad insertions on digital media.

On television, scrubs and balms and antiseptic creams / liquids together accounted for over a third of the industry’s advertising volumes. The top 10 categories covered 93% of ad volumes, while Reckitt Benckiser led advertisers with a 30% share of industry ad volumes, followed by SmithKline Beecham with an 8% share. In addition, the top ten advertisers held a 69% share of ad volumes

More than 240 new brands present on Jan-Mai’21 on Jan-Mai’20. Evion, Otrivin Breathe Clean and Livogen Tonic capsules were among the top 10 new brands in the OTC product category.

According to the report, the top two channel genres News and GEC added 58% of the sector’s ad volumes in Jan-May 21 and the top five channel genres covered 98% share.

Meanwhile, in print media, an over-the-counter (OTC) drug product line tops the top ten category list with a 21% share of the industry’s advertising space. SBS Biotech was the top advertiser with a 46% share between January and May 21 and the top ten categories and advertisers added 94% and 75% of ad space, respectively.

Print media saw over 640 new brands between Jan-May’21 and Jan-May’20. The Itchku product line was the first new brand, followed by the Zandu Nityam product line. Additionally, the post language Hindi led the way with a 63% ad space share and the top five post languages â€‹â€‹added a 91% share.

On radio, the Corporate-Pharma / Healthcare category leads the way with a 51% share of the sector’s advertising volumes. The top 10 categories had 97% ad volumes while the top ten advertisers added 78% ad volume share between January and May 21, of which Pfizer topped the list with 33% share. The outlet saw over 110 new brands between Jan-May’21 and Jan-May’20 with Pfizer at the top of the list.

In digital media, the Vitamins / Tonics / Health Supplements category leads the way with 24% of advertising insertions in the sector. The top 10 categories had 96% of the industry’s ad insertions and the top ten advertisers accounted for 57% of the ad insertions shares between January and May 21, with Thermo Fisher Scientific India at the top of the list.

In addition, during the months of January-May’21, the programmatic transactional method dominated with a share of 45% of advertising insertions in the digital sector, followed by the advertising network method in second position with a share of 34%.