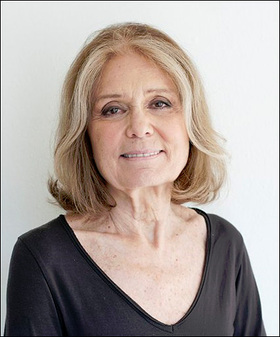 WMC IDAR/ E is inspired by legendary and atrevida journalist and activist Jovita IdÃ¡r. In the early 1900s, IdÃ¡r denounced the lynching of Mexicans and Mexican Americans by vigilantes and Texas Rangers. She has written in publications like La Cronica and El Progreso on educational and economic inequalities, condemned racism and racial violence, and advocated for women’s rights.

“For decades, mainstream historians have erased IdÃ¡r, and today the Latinas’ silence and omission in the media continues,” said Julie Burton, President and CEO of the Women’s Media Center. â€œLatinas are often absent from Sunday shows, newsrooms, cable networks, opinion pages and online. Alarmingly, only 1.76% of all newsroom executives are Latinas, and Latinas make up just 2.47% of print journalists, according to our 2018 report The Status of Women of Color in the World. the American media. New WMC IDARThe / E Journalism Channel will help uplift and amplify diverse Latin American voices, stories and perspectives in the media.

WMC IDAR/ E aims to increase the number and visibility of Latinx voices on a range of issues and to inform and lead national conversations.

“IDAR/ E is a new platform for progressive, diverse and feminist Latinx women across generations to write about issues of how we experience and analyze them. From the Latinas weighing in on the C-suite to the treatment of the darkness among us, or the silent experience of traumatized immigration journalists, you will find these topics and more on IDAR/ E, â€said GonzÃ¡lez MartÃ­nez. “I am honored that the Women’s Media Center has approached me to be its founding editor, and I thank the many women who provided input into the creation of this channel, especially Michelle GarcÃ­a for conceptualizing the name.”

“WMC IDAR/ E will dive deep into telling a more comprehensive portrait of U.S. history – offering stories that otherwise would not be known, said WMC co-founder Gloria Steinem. â€œThe blatant absence of Latinas in our history books and in today’s media landscape is an injustice and a loss in the lives of all of us,â€ she said. â€œAn inclusive society requires that Latinos are not only represented, but also decision-makers in news, movies, radio, TV, books and online – in all aspects of life. “

â€œI am delighted to see the launch of WMC IDAR/ E edited by the Women’s Media Center and edited by Erica GonzÃ¡lez MartÃ­nez, â€said Rossana Rosado, secretary of state in New York, editor emeritus of El Diario / La Prensa, and former WMC crew member. â€œIt is imperative that we provide the space and the platform to deliver our own stories, our history and our passions. This is essential for our whole Latinx family, but especially for our mujeres.

The channel kicks off with essays and opinions on excluding Latino moderators from presidential debates, how journalists of color deal with trauma caused by coverage of immigration and customs cruelty, and on what C-suites need to do to meet racial justice demands. . Upcoming plays will address how Latinas push back NYPD drone surveillance, questioning colonialism and redefining movements for change in countries like Chile.

“If ever there was a time to IDAR/ E is now, â€said Monica Lozano, former president and CEO of the Hispanic information and information company ImpreMedia. â€œIt is only by knowing our history, by telling our stories, by changing the narrative that our democracy is sustained. Latinas have been pioneers in business, education, civil rights, politics, and social justice movements, but for too long we have been invisible to society at large. We need media that recognize and reflect these voices, and the Women’s Media Center is the right platform to amplify these untold stories.

â€œI am very honored and grateful that Erica is leading the WMC team. IDAR/ E, â€Steinem said. “She is a bold and precise reporter and I know she will help us advance our goal of making women and girls visible and powerful in the media.”

Bombilla, a branding & design agency for social change founded and directed by Ivellisse Morales, imagined the logo and researched this new channel.

The Women’s Media Center, co-founded by Jane Fonda, Robin Morgan and Gloria Steinem, is an inclusive feminist organization that strives to increase the visibility, sustainability and decision-making power of women and girls in the media to ensure that their stories are broadcast. said and their voices are heard. We do this by researching the media across the WMC Media laboratory; create and model original online and on-air journalism; train women and girls to be effective in the media; and the promotion of women experts in all fields.