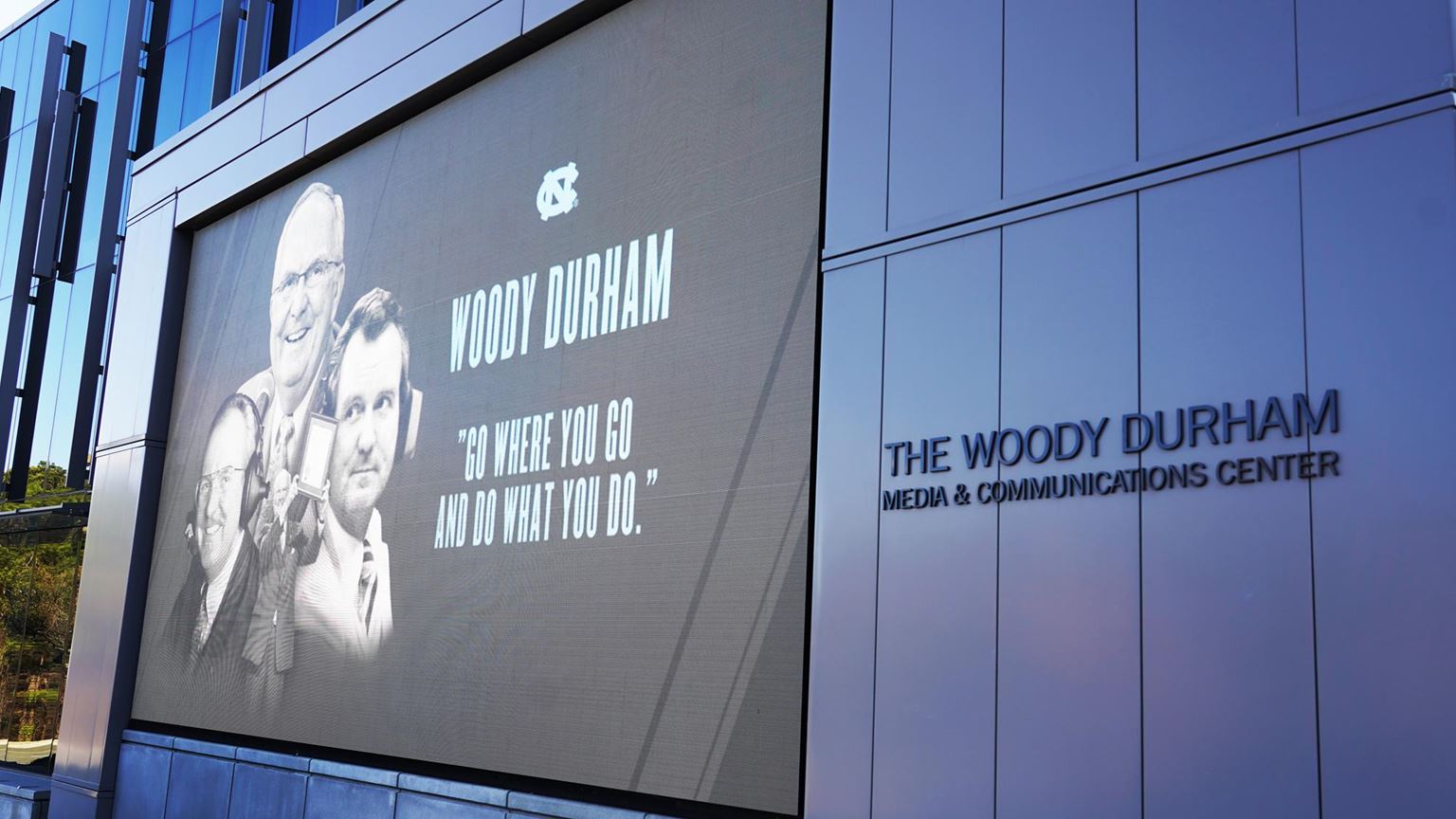 UNC’s athletic department announced Monday that it will name the school’s media and communications center, located next to the Dean Smith Center, after former broadcaster Woody Durham.

“We tell the stories of our 800 student-athletes and 28 teams across multiple media platforms in our Media and Communications Center, and it’s only fitting that the building is now named in honor of Woody.” –@BubbaUNC#GoHeels https://t.co/zbwWAU68sg pic.twitter.com/qOgqakXlbH

“This recognition for Woody was so emotional for me,” said Durham’s widow, Jean. “This is totally unexpected, but I am so grateful. I greatly appreciate the family who made the donation to honor Woody’s memory. Knowing how loyal he was to ‘his’ university, makes this honor even more special Hopefully when fans walk past the media center and see his name, it will trigger a thought of Woody and a smile.

Jean Durham, along with his sons Wes and Taylor, will be recognized at halftime of Wednesday night’s men’s basketball game against Pittsburgh at the Smith Center.

Woody Durham graduated from Carolina in 1963, before serving as the play-by-play broadcaster for UNC football and men’s basketball for 40 years, from 1971 to 2011. He called 23 bowl games, 13 Final Four, six NCAA title games and four UNC championship wins during his tenure.

“Woody loved his alma mater and the Tar Heels, and his work helped create generations of Tar Heel fans while setting a standard of excellence for every broadcast, story and highlight,” said the athletic director of the ‘UNC, Bubba Cunningham. “We tell the stories of our 800 student-athletes and 28 teams across multiple media platforms at our Media and Communications Center, and it’s fitting that the building is now named in Woody’s honor. As Woody liked to say, “Go where you go and do what you do”.

Chapelboro.com does not charge subscription fees, and you can directly support our local journalism efforts here. Want more of what you see on Chapelboro? Let us bring you free local news and community information by signing up to our bi-weekly newsletter.

Banks use data and trust to prepare BNPL entry