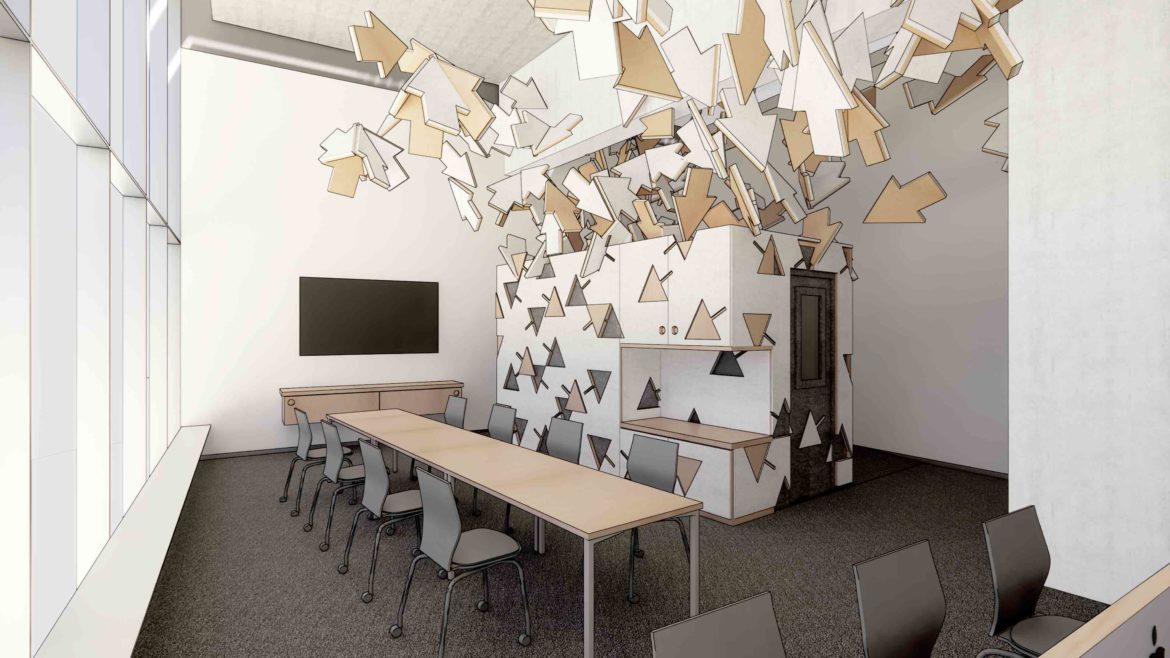 Novice and advanced podcasters based in Virginia can now develop their skills through the VPM + ICA Community Media Center, a free, public recording studio and workspace co-sponsored by the VPM of Richmond and the Institute for Contemporary Art of the ‘Virginia Commonwealth University.

The center aims to amplify the voices of local storytellers and make podcast creation more accessible to VCU students, Virginia community members, and professional podcasters. Its director is Chioke I’Anson, perhaps best known as the voice of NPR’s underwriting credits.

Also an assistant professor at VCU, I’Anson pitched the idea to VPM in early 2019. As a professor and NPR employee, he said, he saw an opportunity to bring the public media to the level. academic and learn skills to create podcasts and other more accessible media.

â€œIf we can expand access to knowledge, then we can get more people to make good media,â€ I’Anson told Current.

VPM CCO Steve Humble was a member of the station’s board of directors when I’Anson suggested the collaboration. â€œAt that point, I was excited about it and kept getting more and more excited,â€ Humble said.

According to Humble, VPM continued the partnership because it was an opportunity to launch a long-term initiative “with a major university here in Richmond and to feel that we can really make a difference.” VPM and VCU have entered into a four-year contract.

By partnering with the Community Media Center, which was launched virtually in the fall, VPM could benefit from finding podcasts it could help produce, Humble said. â€œAt least the goal is really to help tell interesting stories locally,â€ Humble said.

The Community Media Center location also gives VPM another “place for people to hear about us,” Humble said, and provides station reporters with a downtown location for recording and editing.

The main responsibilities of VPM include working with the ICA to create the programming and cost sharing of the initiative. Humble declined to disclose how much VPM invests.

â€œFrom a day-to-day perspective, our investment helps fund the people who will be in space,â€ Humble said.

I’Anson said the center being free and open to the public is crucial to its purpose.

â€œWe have to admit that there are a lot of really great audio initiatives,â€ said I’Anson. ” There is the [PRX] Podcast garage. There is everything the Association for Independents in Radio does. There are so many great resources. It’s just that we’re 100 percent free.

So far, the virtual session has largely attracted participants from the Washington area. Abby Mullen, term assistant professor in the Department of History and Art History at George Mason University and host and producer of the podcast Consolation Prize, attended almost every Community Media Center event.

Mullen said she and her team started Consolation Prize, a historic podcast on consuls, during the pandemic. They attended a producer institute in October featuring Alison MacAdam, a freelance story writer who previously worked for the NPR training team.

As part of the class, MacAdam listened to Consolation Prize ‘s third episode and advised producers to add a tagline at the start of each episode. The slogan is now “A podcast on the history of the United States in the world through the eyes of its consuls”.

â€œShe suggested that in order to get people you have to tell them what you’re doing,â€ Mullen said. She said, ‘Put something concrete in there, put something impactful in it.’ “

â€œGetting that feedback from Alison at a fairly early stage of our show has been incredibly helpful,â€ Mullen said. “It really helped us think about how we talk about the show and how we present it.”

For a workshop on idea development, I’Anson also introduced Nathan Moore, CEO of WTJU in Charlottesville and co-founder of the Virginia Audio Collective, a podcast network.

â€œI’ve been involved in radio for a long time, podcasting for less time, but I have some experience in the business and just want to share it,â€ Moore said. “I think we all benefit as a community and as a state and as a country when people have the power to share their stories and connect with each other.”

Making podcasts should be considered serious creative practice, said Dominic Willsdon, executive director of the ICA. The addition of the Community Media Center contributes to its mission of making the ICA “an institute for contemporary culture at large,” he said.

â€œWe’re not here to just focus on the art that’s shown in the galleries,â€ Willsdon said. â€œThere can be many different kinds of cultural practices that give you access or give you a perspective on what’s going on in the world today, and I want to be open to a lot of different things like that. “

While the Community Media Center has already opened virtually, construction of a physical space will begin in early summer with an opening slated for in-person use for the fall, with COVID restrictions pending. Professors and staff from VCU School of the Arts and ICA design the center, along with graduate students from VCUarts’ interior design department.

Because traditional sound booths aren’t aesthetic, Willsdon said, the designers wanted to find a way to make them “a sculptural element that would make the space exciting, immersive. [and a] visual environment. The stands will also serve as works of art, crowned with flocks of bird-inspired arrow shapes. The space will also include a mural commissioned by a VCU graduate in illustration.

Willsdon said he hopes partnerships like the one between VPM and ICA will continue and grow.