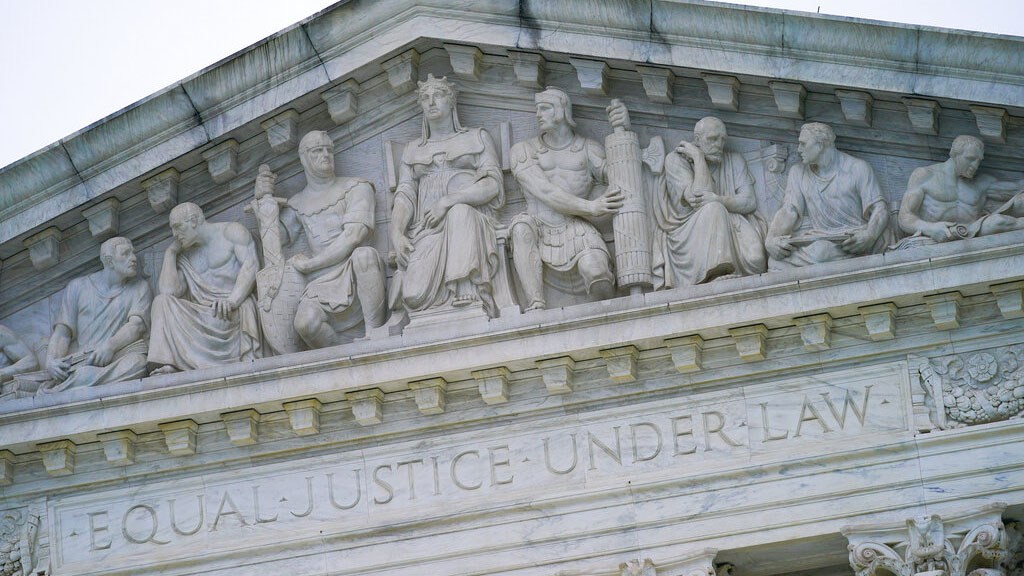 What media covers it?

(NewsNation) – A dozen GOP lawmakers on Tuesday introduced a bill that would make leaking “confidential information” from the Supreme Court a federal crime.

But you may not have heard of this bill. That’s because eighty-two percent of news outlets that have reported on the issue lean right, according to NewsNation partner Ground News, which monitors coverage based on media bias. Only a few “center” outlets and even fewer left-leaning outlets reported on the bill, according to Ground News’ Blindspot report.

Under the new bill, led by Rep. Mike Johnson, R-La., and co-sponsored by 11 other GOP lawmakers, any Supreme Court officer or employee who knowingly shares confidential job-related information could face five years in prison and a fine.

“The unauthorized leak of the draft opinion in Dobbs vs. Jackson women’s health constitutes a serious violation of judicial ethics and a deliberate attack on the independence of the Supreme Court,” Johnson said in a statement Tuesday.

SCOTUS abortion leak: Who got access to the draft? Is it a crime?

The partisan media divide reflects the two different responses that were common in the days following the report – right-wing politicians condemned the leak and called for an investigation while those on the left were more concerned about the substance of the draft. opinion and what it meant. for the right to abortion.

“Conservatives believe this was a Liberal leak and that this Liberal leak was designed to overturn the votes in Dobbssaid Josh Blackman, professor of constitutional law at South Texas College of Law Houston.

Under current law, it is unclear whether the person behind the Supreme Court leak, if caught, could be held criminally liable. Blackman says it may depend on who is ultimately responsible.

“If it was someone inside the building who had permission to access the opinion, I’m not sure that a criminal conviction could be given. I think it’s possible, but I’m skeptical,” Blackman said. “If this is a foreign national who hacked into a classified Supreme Court system, then yes, there was a crime.”

If passed, the bill introduced on Tuesday would draw a clear line outlining criminal liability for such a leak, though it is unlikely to make progress in a Democratic-controlled house before the end of the year. . Even if the law were passed, it would not apply retroactively to the person who made the most recent disclosure.

And while the legislation codifies the penalty for any future SCOTUS leaks, Blackman says the language of the bill, as currently drafted, is too broad.

“What if someone clerk of the Supreme Court and 15 years later tells an anecdote from inside the court to a friend that is quite funny but maybe includes a little confidential information – is now a crime?” Blackman said.

Chief Justice John Roberts opened an investigation and tasked Supreme Court Col. Gail Curley with getting to the bottom of the leak.

This story is part of NewsNation’s new “Blindspot” initiative in partnership with Ground News to provide readers with contextual and unbiased information that they may not find covered by all media.