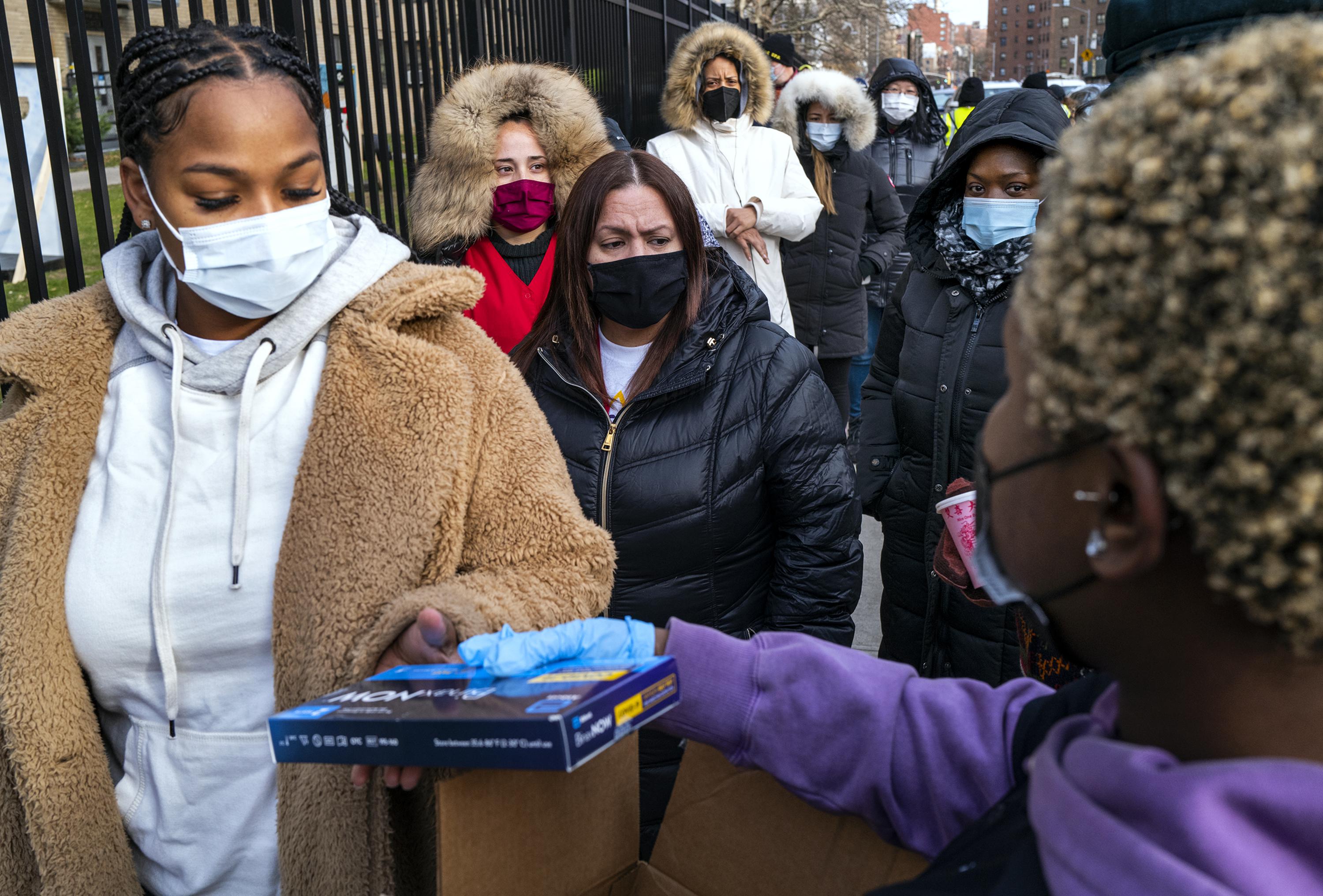 Why omicron is changing the way the media reports COVID data

NEW YORK (AP) — For the past two years, the number of coronavirus cases and hospitalizations have been widely used barometers of the march of the pandemic around the world.

But the omicron wave is upending the usual statistics, forcing news organizations to rethink how they report those numbers.

The number of cases soared over the holidays, an expected development given the emergence of a more transmissible variant than its predecessors.

Yet these numbers only reflect what is reported by health authorities. They don’t include most people who test themselves at home or who are infected without even knowing it. Holidays and weekends also cause delays in reported cases.

If you could add all those numbers up — and you can’t — the number of cases would likely be much higher.

For this reason, The Associated Press recently told its editors and reporters to avoid emphasizing case numbers in stories about the disease. This means, for example, that there are no more stories focused solely on a particular country or state setting a one-day record for the number of cases, as this claim has become unreliable.

Across all media, there has been more caution in using official case counts.

An NBC News article on Monday about the skyrocketing number of COVID cases relied on a week-long average of case counts. A Tuesday article simply referred to a “tidal wave” of cases.

During its coverage of a Senate hearing with health experts on Tuesday, the number of cases CNN showed on screen was a two-week average. MSNBC used a variety of metrics, including a list of the five states with the highest numbers reported over the past three days.

On its website’s “Guide to the Pandemic,” the Washington Post used a seven-day average of cases and compared that number to last Tuesday’s, showing a 56% increase. The New York Times used a daily tally in a line chart, but also included a two-week trend in cases and deaths.

An AP story on Saturday by Jennifer Sinco Kelleher and Terry Tang titled, “Omicron Explosion Spurs Nationwide Service Outage” was replete with statistics across the United States on hospitalization rates or employees missing work work. The measure of the number of cases was not used.

“We really wanted people to go a little deeper and be more specific in their reporting,” said Josh Hoffner, the editor who helps oversee AP’s viral coverage.

Many news outlets are debating how best to use the stats now during the omicron surge, Wu said. But there are no easy answers.

“That’s how journalism works,” Wu said. “We need the data. We need to show receipts to readers. But I try to do it carefully.

Hospitalization and death rates are seen by some as a more reliable picture of the current impact of COVID-19 on society. Yet even the usefulness of these figures has been questioned in recent days. In many cases, hospitalizations are accidental: there are people admitted for other reasons who are surprised to find they test positive for COVID, said Tanya Lewis, health and safety editor. medicine at Scientific American.

Despite the imperfections, the number of cases shouldn’t be ignored, said Gary Schwitzer, an instructor at the University of Minnesota’s School of Public Health and publisher of HealthNewsReview.org, which monitors health coverage in the media. .

Figures illustrate trends, giving a picture of which parts of the country are particularly affected or where the surge may have peaked, he said. They can predict wider societal impacts, like where hospitals are about to be destroyed or where there will be labor shortages.

“These are stories that might not be told adequately if only hospitalizations and deaths are highlighted,” Schwitzer said.

This is also a point emphasized in AP’s internal guidelines.

“They have value,” Hoffner said. “We don’t want people to eliminate the mention of the number of cases.”

There are those in public health and journalism who believe the current surge — painful as it is — may portend good news. It could be a sign that COVID-19 is on its way to becoming an endemic disease that people learn to live with, rather than a disruptive pandemic, David Leonhardt and Ashley Wu wrote in The New York Times.

But if the past two years have learned anything, it’s the danger of predictions, Lewis said.

“We’ve been surprised time and time again,” she said. “We don’t know everything about the course of the pandemic. We still need to be humble and keep an open mind about where things are going.

How the conservative media downplayed the anniversary of the Jan.6 siege on the U.S. Capitol