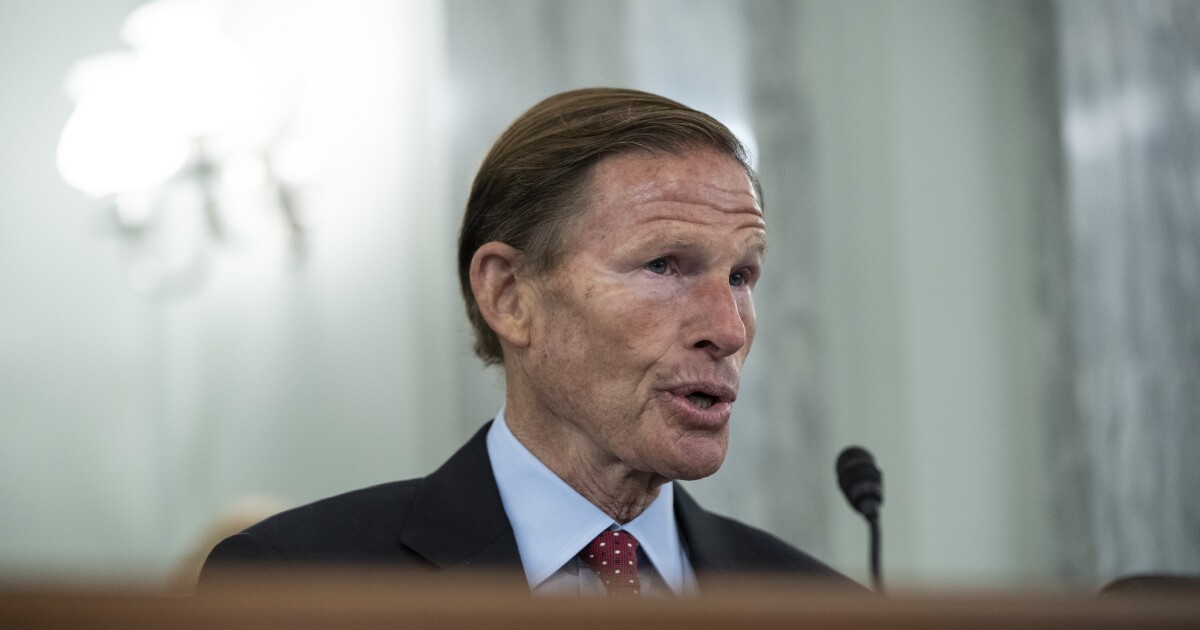 IIn Republican academic jargon of the 1980s, a “Commie Symp” was someone suspected of sympathizing with Marxists. The events of the past week might make observers think that the establishment media is made up of Commie Symps.

This suspicion, only partially hyperbolic, stems from the establishment media’s complete blackout of news that Democratic Sen. Richard Blumenthal of Connecticut delivered at a Dec. 11 awards ceremony for the Connecticut branch of the American Communist Party. As recorded by the Yankee Institute, a free market state think tank, Blumenthal said he was “really excited and honored to be with you today” while presenting to the group’s chosen winners special certificates of recognition from the Senate.

Blumenthal knew exactly the nature of the group he felt so “honoured” to join. Throughout the event, including in Blumenthal’s own introduction just 60 seconds before the senator took the microphone, the two co-hosts repeatedly celebrated their Communist Party affiliation and urged listeners to join the Communist Party.

In any rational, morally decent media world, that would be a big scandal. There is nothing remotely acceptable about speaking to a group openly celebrating 102 years of the Communist Party of America. It’s not a warm, fuzzy, well-meaning (even if impractical) affiliation. The Communist Party of America has repeatedly attempted to subvert constitutional democracy and spy on the US government while deliberately and routinely colluding with the Soviet Union. And he could not even claim to belong to a supposedly less inhuman side of communism: he opposite Mikhail Gorbachev’s semi-salutary reforms known as glasnost and perestroika, preferring instead the old hard-line Soviet style that sent millions to the gulags.

There is absolutely no moral difference between dating a Communist Party affiliate and dating a white supremacist or neo-Nazi. The toll of international Communist cruelty is indisputable, with its 100 million deaths far exceeding (in number) the genocidal effects of Nazism. To read the account of international communist atrocities is, for any decent human being, to be disgusted by the inherent evil of communism.

Never in history has a communist government brought anything but misery. Even in the newsstand headlines when Blumenthal spoke to the communists in Connecticut, the ravages of communism were and are apparent in the hideous deprivations suffered by the Venezuelan people.

Yet a web search does not show a single mention of Blumenthal’s Communist Party event by the New York Timesthe Washington Post, ABC, CBS, NBC or CNN. Compare that to the voluminous coverage that these outlets and other self-proclaimed “mainstream” outlets have given Republican Representatives Paul Gosar of Arizona and Steve King of Iowa speaking engagements with white supremacist groups. Indeed, all of these outlets had fits of connivance even when they discovered, well over a decade after the fact, that Republican Rep. Steve Scalise of Louisiana had once spoken to a neighborhood civic association that had members that overlapped with a white supremacist group. (All evidence pointed to Scalise being unaware of the group’s co-affiliations.)

It is not an attempt at “what” to say that the news outlets were wrong to report and condemn Gosar and King. (Their coverage of Scalise was totally unfair, but that’s another story.) Indeed, they were absolutely right to do so. What is bizarre, however, is the hypocrisy of the media in ignoring Blumenthal’s open complacency with communists. There is nothing remotely arguable about Blumenthal’s enthusiastic participation in the event. His actions were morally depraved.

Just as Gosar and King were ousted from congressional committee seats, Blumenthal should also be penalized. A media with ethics and discernment would lead the way by demanding it.

Unintentionally, the media help opponents of the redistribution plan