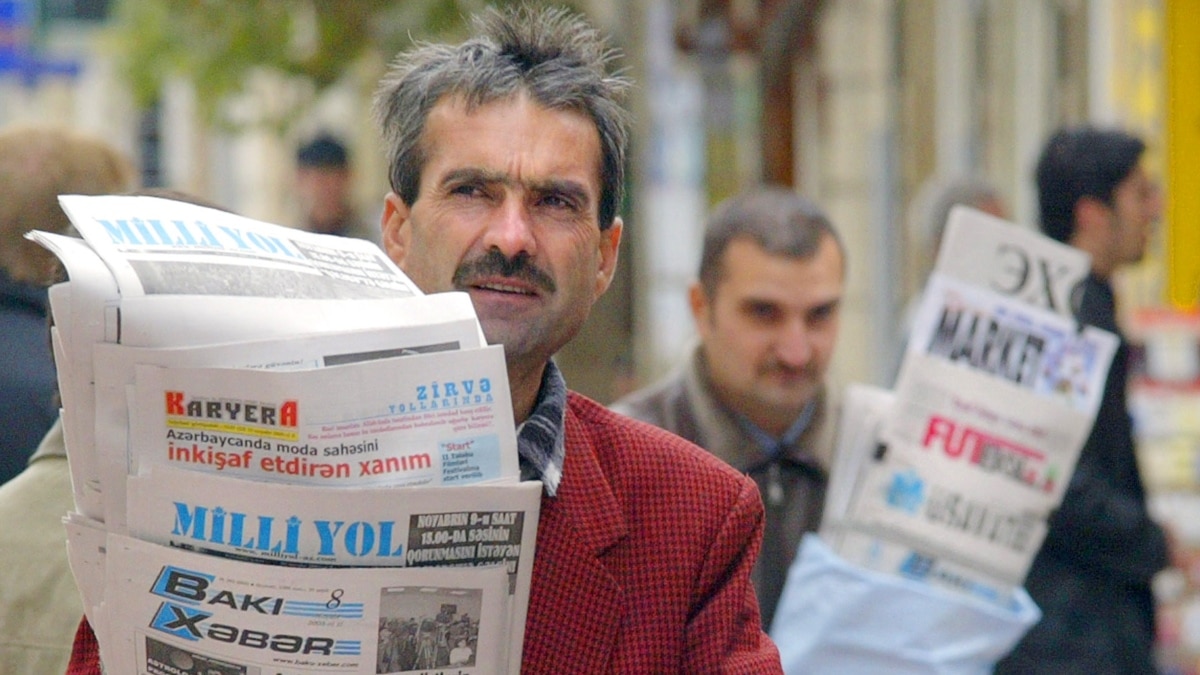 With the Azerbaijani print media diminished by years of economic and political pressure, online media is filling the void.

Media analysts in Azerbaijan say the country’s print media has almost disappeared, but the country is seeing growth in online media.

The newspapers’ decline is the biggest loss suffered by Azerbaijani media in more than a decade, said media rights expert and lawyer Alasgar Mammadli.

“Newspapers in Azerbaijan used to be very powerful and at the same time a serious alternative source of information. In that sense, it’s a serious loss,” he told VOA.

Reporters Without Borders (RSF) said that “all printed newspapers with a critical stance have been closed”. The media watchdog ranks Azerbaijan 154th out of 180 countries, where 1 is the freest on its World Press Freedom Index.

Newspapers across the country have folded for a variety of reasons, with analysts saying authorities are using the courts or withholding state financial support or public funding to pressure independent news outlets.

The Azerbaijani government, however, disputes claims that the media are subject to political pressure or harassment.

“There is no problem coming from the government. The media is a commercial entity. The government provides tax incentives,” a spokesperson for Azerbaijan’s Media Development Agency told VOA.

The government agency oversees press accreditation and licensing, and it has the power to issue warnings and prosecute media found to have broken the law.

Kamran Mahmudov, a Baku-based freelancer, told VOA that the Azerbaijani press industry faces many problems, from lack of funding to lack of freedom. He said only a few newspapers are still published, and these are owned by the ruling party or people close to the government.

“They are trying to show that they publish newspapers,” Mahmudov said. “But no one needs these logs. These logs have no efficiency or objectivity. No one trusts them.”

“The government has taken them down through administrative means and the courts. Currently, some newspapers are published, but there is no independent publication that freely covers the issues,” he told VOA.

Hasanli and other reporters cited a series of economic problems, including rising prices for printing materials, publishing services and press distribution services, and the loss of newsstands.

Companies look to the authorities and are often reluctant to advertise in media under investigation or seen as too critical of the government.

Hasanli said he was aware of cases where business owners were questioned after placing advertisements in independent media.

“There is already such an atmosphere of fear in Azerbaijan that the entrepreneurs themselves understand and accept that they should not publish advertisements in independent media, because at any time they can be called to the police station,” said he declared.

Print media may be slowly being squeezed out, but journalists and experts say the widespread use of social media and the growth of online media are positive developments.

Media law expert Mammadli said these digital sites help create pluralism. “Most of the media in Azerbaijan operates online and all of them have a strong social media presence,” he said.

Facebook and YouTube are the country’s most popular social media platforms, freelance journalist Mahmudov said. As a result, he said, all independent Internet TV channels are focused on these platforms and attract more viewers “who want to get the right information”.

According to a study by the Baku Research Institute, around 80% of Azerbaijan’s 10.1 million people are online and social media users are increasing. The number of social media users in the country grew by 600,000 between 2020 and 2021, according to research by the independent nonprofit think tank.

Since a significant portion of the country’s population uses the internet and social media on a daily basis, “online media platforms are trying to reach this audience,” Hasanli d’Abzas said.

His site has about 200,000 followers spread across social media platforms. Hasanli estimated that the medium provides information to hundreds of thousands of users every month.

Access to news websites may be blocked and some officials refuse to comment or provide information to journalists from independent or opposition media, according to reporters.

Access to Hasanli’s site was blocked in April 2017 after his coverage of alleged corruption by the ruling family and various senior officials. The outlet used a proxy site for a while, but now posts mostly on social media platforms.

The media are reaping the benefits of operating online, Hasanli said. They avoid the hassle of printing and selling offline, as well as the costs associated with printing.

But, like all independent journalists working in Azerbaijan, they still risk threats and pressure.

“It is very difficult to operate in these conditions,” he said.

This report comes from the Azerbaijani service of VOA.