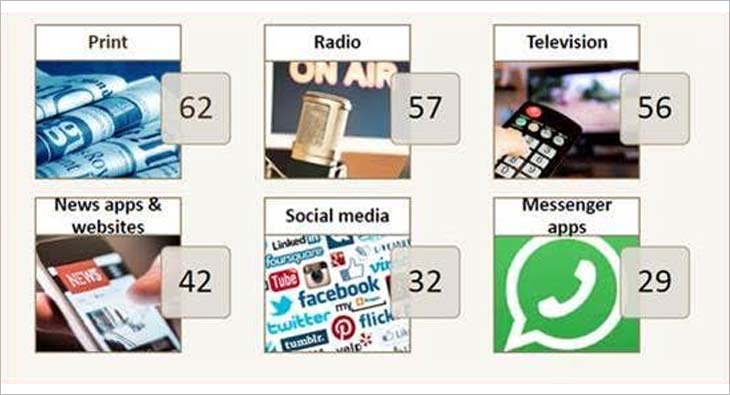 Media consulting firm Ormax Media today announced the launch of a report titled â€œFact or Fake? “, Based on a survey of news consumers and measuring their credibility vis-Ã -vis various news media as well as their overall perception of” fake news “. The survey was conducted among 2,400 urban news consumers (15 years and older) from 17 states and union territories in India.

According to the report’s findings, the news credibility index in urban India is only 39%, i.e. 61% of news consumers consider fake news to be a major concern.

Print media lead the media credibility index with 62%, followed by radio and television. Traditional media have greater credibility than digital media. Among social media, Twitter at 53% is by far the most credible social media platform for news.

Commenting on the report and its findings, Shailesh Kapoor, Founder and CEO of Ormax Media said, â€œConcerns about fake news have been a topic of discussion around the world as well as in India, and the issue of fake news every month is growing. past. This survey was conducted to quantify the extent of this concern in India, and to understand whether some media are doing better than others. We plan to monitor these metrics every six months, which will allow us to compare changes in consumers’ perceptions of information about fake news over time â€.

Nightcrawler at Peepli Live, how cinema has portrayed the horrors of audiovisual media over the years-Entertainment News, Firstpost

The written press is the most credible source of information: survey